The burgeoning field of 2020 Democratic primary candidates is dominated by men of pallor. According to the Real Clear Politics polling average, three of the top five candidates, including the two frontrunners, are white men.

The Democratic electorate's insatiable thirst for generic white men has inspired many of them to join the race, no matter how obscure they may be, or how slim their chances of winning the nomination. Indeed, the "random white guy" lane is getting pretty crowded. Good luck telling them all apart.

The latest generic white man to join the race is Sen. Michael Bennett (D., Colo.). Because why the hell not? Democratic voters might be too shell-shocked from Hillary Clinton's humiliating loss to Donald Trump to give the nomination to anyone else.

Got my own version of this coming tomorrow. It really is remarkable. I talked to a woman wearing a "A WOMAN'S PLACE IS IN THE WHITE HOUSE" shirt who said she was voting for Biden in part because a woman couldn't win.

Bennett is the TWELFTH white man to enter the Democratic primary. That's an awful lot of white men, enough to field an entire NBA roster that would have about as much a chance of beating the Golden State Warriors as anyone else. In order to appropriately visualize the sheer quantity of white men seeking the Democratic nomination in 2020, the following photo collage is presented for your immediate edification. It will blow your mind.

THE PARTY OF THE FUTURE 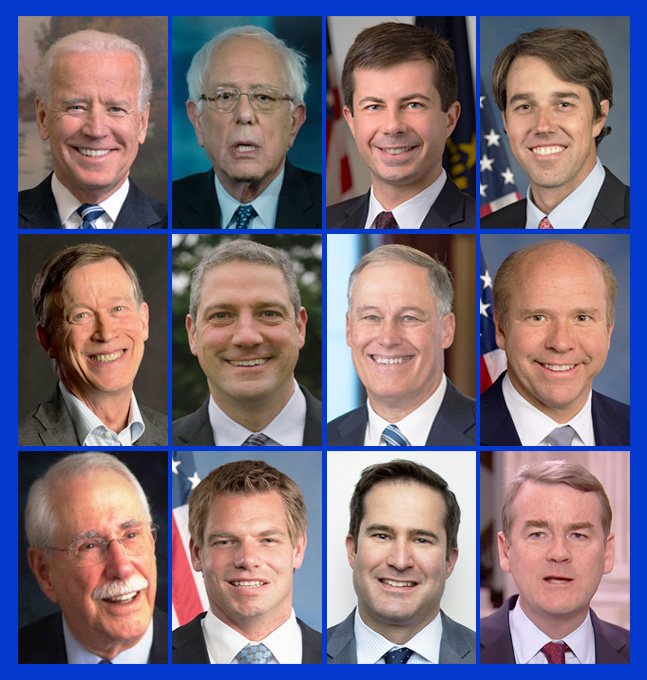