President Donald J. Trump asserted an imposing physical dominance over his fellow world leaders at the G7 Summit in France, a Free Beacon analysis has found.

Using a number of advanced techniques deployed by elite negotiators, President Trump successfully demonstrated physical supremacy over his so-called peers.  According to the analysis, Trump's unapologetic display of American dominance stands in marked contrast to the supine deference of his predecessor, Barack Obama.

Here's a sampling of what our analysts found: 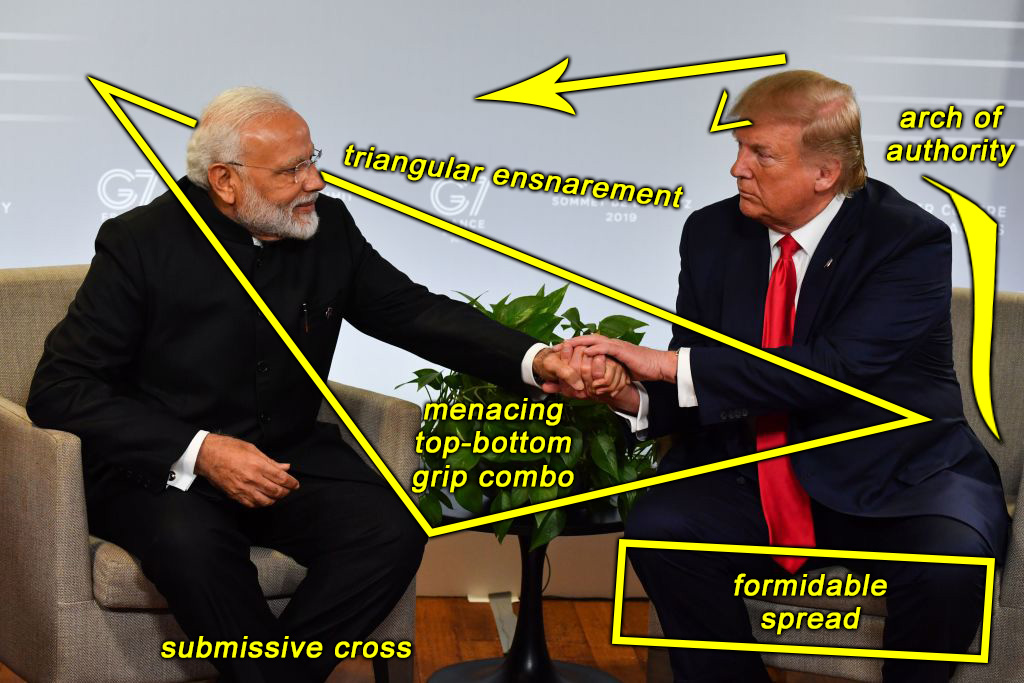 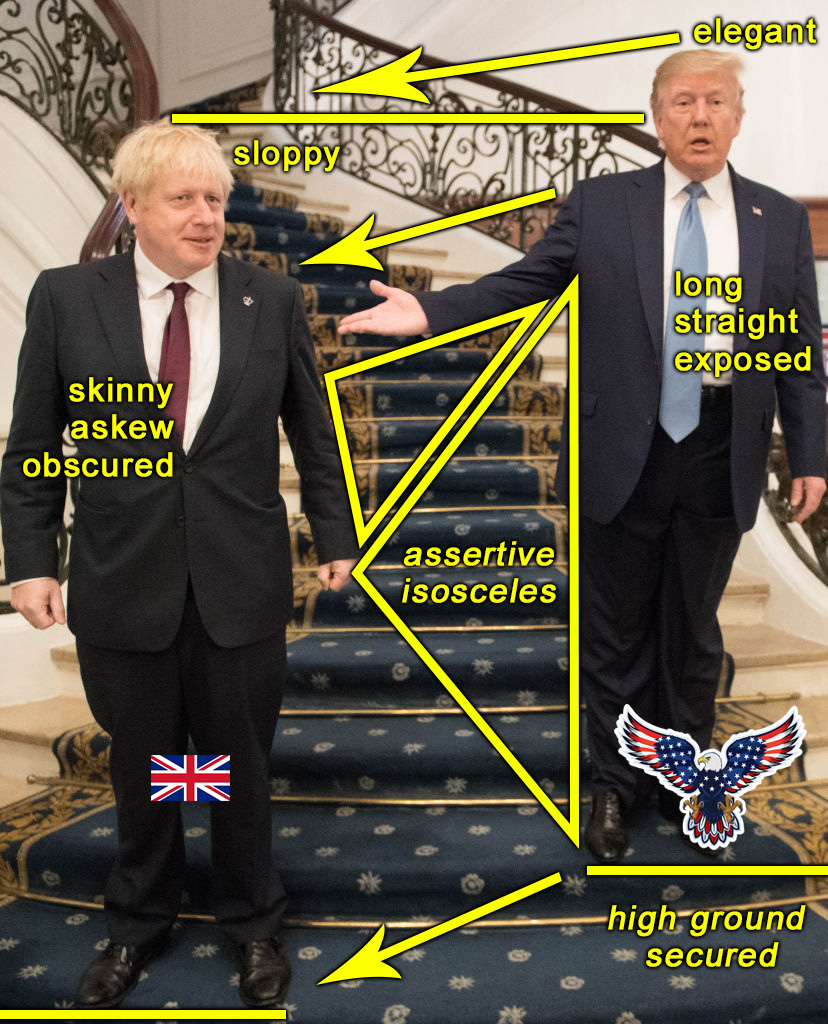 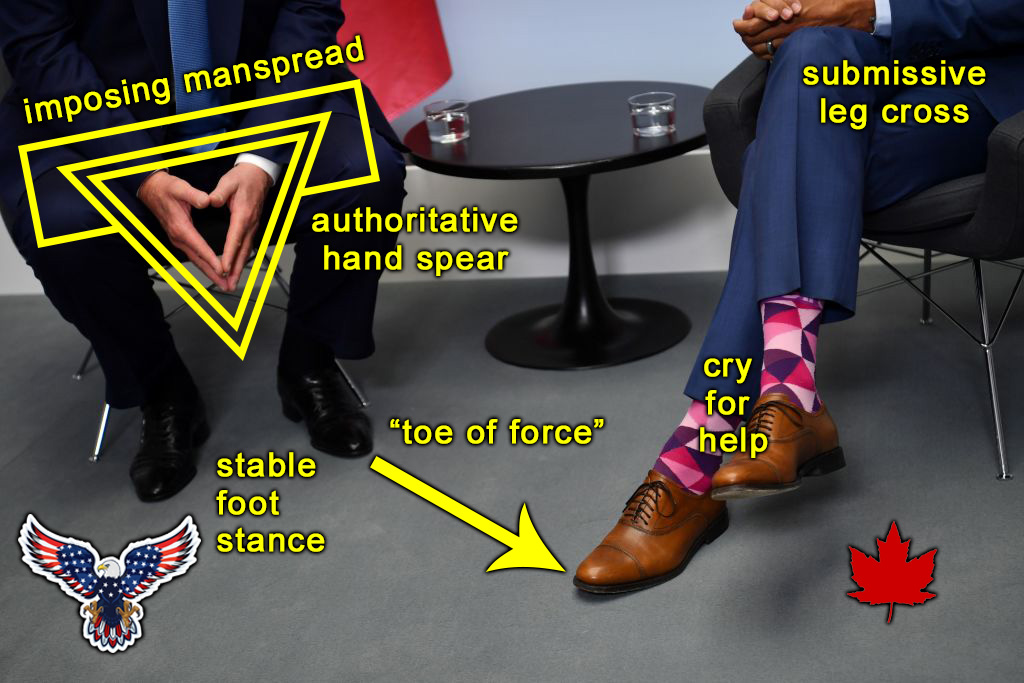 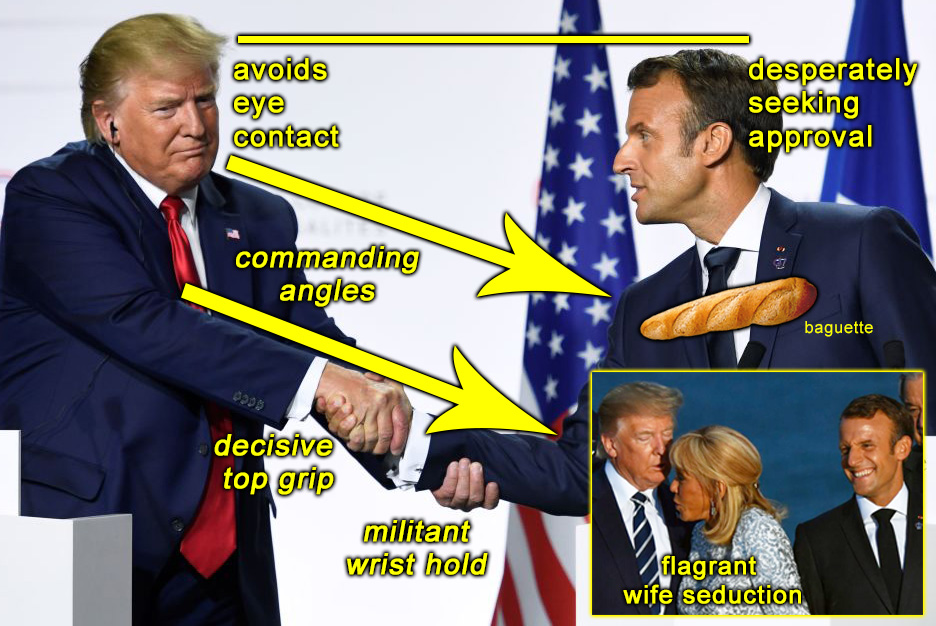