The Women’s March Has An Anti-Semitism Problem, And So Much More

At the Nation of Islam's 2018 Saviours' Day Address, the organization's leader Louis Farrakhan took the stage to attack "that Satanic Jew." Farrakhan—who once praised Hitler as a "very great man" and said God put Jews in the ovens—called Jews "the mother and father of apartheid," and declared that "when you want something in this world, the Jew holds the door."

Sitting in the crowd, clapping along with other attendees, was the co-founder of the Women's March Tamika Mallory.

Mallory was shredded for her support for Farrakhan. After over a week of radio silence, the March finally put out a statement that can best be described as tepid, saying it was "not aligned" with Farrakhan's views but neglecting to condemn the man himself.

Other statements from Mallory were equally noncommittal and still expressed affinity for the Nation of Islam. "It was the women of the Nation of Islam who supported me and I have always held them close to my heart for that reason," Mallory wrote in an open letter that didn't even mention Farrakhan.

Needless to say, this does not sound like a woman repentant. On the contrary, she voiced her amazement that her attendance at an anti-Semitic rally was ever an issue to begin with, given that "I have been going to this event regularly for over 30 years."

That the Women's March has a problem identifying and repudiating anti-Semitism is obvious. But are the leaders of the Women's March themselves anti-Semites? Even excluding the Farrakhan silence, there's a great deal of evidence that yes, they probably are.

"If your leader does not have the same enemies as Jesus, they may not be THE leader!" Mallory tweeted to defend her association with Farrakhan, presumably not referring to the Romans. Mallory also cited a fellow activist and rapper who swore that she was not anti-Semitic … and who promptly tweeted that Jews are uniquely responsible for black suffering. (It's okay though! He added that "some of my best friends are Jews.")

By Mallory's own admission, she once made a blatantly bigoted remark, telling a Jewish ally to handle the finances because "you guys" are good at handling money. When Mallory's ally told her the remark was "anti-Semitic," Mallory bristled and pushed back. Bizarrely, Mallory framed the story to The Atlantic as a teachable moment for both parties, saying that the accusation of anti-Semitism made her "feel attacked."

This is the same Sarsour who wants to expunge Zionists from the feminist movement, who defends a convicted Palestinian terrorist who plotted the murder of several Israelis, and who cheered Palestinians who throw rocks at Israeli soldiers. In response to criticisms of those and other comments, Sarsour attacked the "Jewish media."

Some of these statements in isolation would probably be worthy of some benefit of the doubt. But I don't know how a neutral observer could look at incident after incident of borderline-to-blatant anti-Semitism and not say there's a pattern here.

In many ways, though, the Women's March has far, far more than simply an anti-Semitism problem. Farrakhan isn't just anti-Jew, he believes that white people are subhuman devils created by a mad scientist named Yakub thousands of years ago, that women should "put husbands and children ahead of their careers," that homosexuality and transsexuality are aberrations created by the Jews. Those views have never been secret.

It's probably fair to say that Sarsour and Mallory do not secretly hate women, and their advocacy on racism and LGBT issues is more full-throated than their grudging statements against anti-Jewish bigotry. It's too clean, in my opinion, to say that the Women's March failed to condemn Farrakhan because they agree with him. There are so many areas of disagreement that should have prompted a distancing, but didn't.

Part of this refusal to jettison Farrakhan is probably attributable to the sort of progressivism the Women's March espouses. Popular particularly among millennials, its tenets hold that affirmation, positivity, acceptance, and inclusion are sacrosanct, and "shaming" is the gravest sin one can commit (especially when the victim has some sort of minority status). "Intersectional movements are complicated and difficult," is how the March justified their long silence on Farrakhan.

Note how Mallory speaks about how the women of the Nation of Islam comforted her after her father's death. Her critics meanwhile use "vile language" to attack her and even a well-intentioned complaint from an ally feels like an "attack." Sarsour had a fun party with the Muslim Brotherhood and praises anti-Semitic tweets that defend her friend Tamika. When CNN's Jake Tapper criticized a Women's March tweet praising a convicted cop killer, he joined the "ranks of the alt-right."

Farrakhan was nice to the ladies of the Women's March. Their critics are mean. As far as they're concerned, that settles it.

The Women's March, in short, is run by blindly tribal, emotionally stunted children who view even the most reasonable rebuke as a personal attack and are incapable of even an ounce of self-reflection. They will never, ever expel or denounce a despicable human being they view as part of their in-group, whether it's an overt supporter of the patriarchy like Farrakhan or a literal terrorist. When more controversies arise (and they will) they'll double down every single time.

The Woman's March as an organization has an anti-Semitism problem. But it also has a problem with its dysfunctional personalities at the top. Unless that changes, the movement is doomed to irrelevancy. 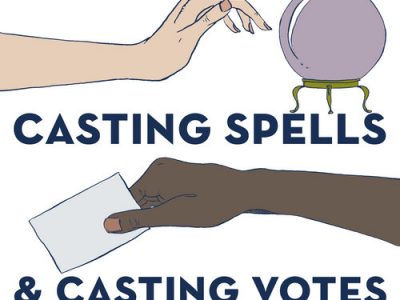 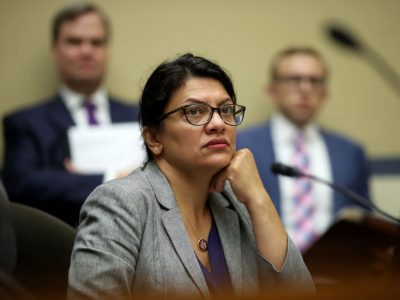 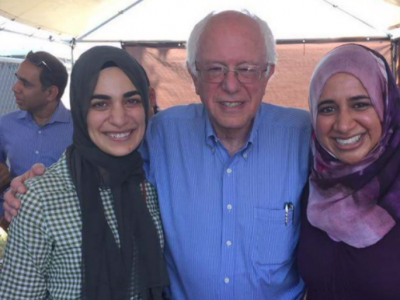