O Facebook Spouse, Where Art Thou? The Midterms Aren’t the Same Without Sean Eldridge

This year's midterm elections simply aren't the same without Facebook spouse Sean Eldridge, the husband of failed publisher Chris Hughes who is best known for being Mark Zuckerberg's roommate at Harvard and pioneering the "poke" button.

According to a scientific Free Beacon analysis, Eldridge was by far the worst candidate of the 2014 cycle, losing by 30 points to a Republican incumbent in a New York district Barack Obama won by six points in 2012. Despite outspending his opponent nearly three-to-one, the Brown-educated philosophy major and performance fleece aficionado was routed by voters who rightly saw him as a carpetbagger funded by Silicon Valley and Wall Street, who wouldn't even commit to staying in the district if he lost. Even the New York Times dismissed Eldridge as "a first-time Democratic candidate with a thin résumé and a thick wallet." 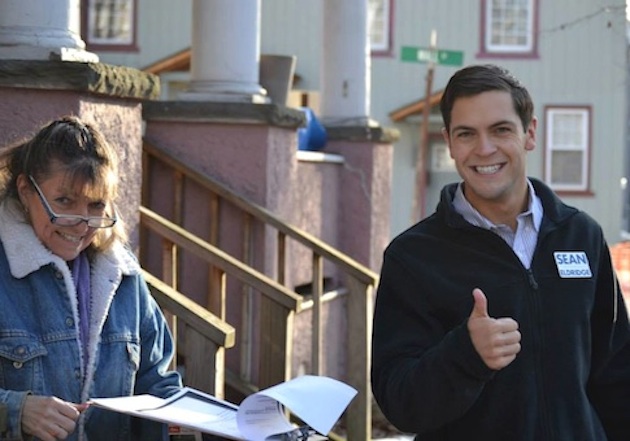 Hughes spent nearly $3 million trying to get his husband elected to Congress, and that doesn't include the $7 million Hughes forked out for multiple mansions in an effort to establish residence in a suitable district, or the $2,500 he spent on nautical binoculars, which the Facebook couple presumably used to gaze down at commoners from the windows of their $5 million loft in SoHo.

Hughes, with a net worth of roughly $500 million, famously purchased the New Republic in 2012, and proceeded to run it into the ground. Hughes' effort to disrupt the once storied liberal publication, and transform it into a "vertically integrated digital media company," sparked a revolt among New Republic staff, culminating in the mass exodus of top writers and editors. Even the "dance editor" resigned. The magazine's "legacy has now been trashed," a group of former New Republic editors wrote in an open letter to Hughes decrying his "destruction" of their beloved institution.

Hughes, who personally invested $20 million in the failed venture before offloading the New Republic in 2016, was eventually forced to acknowledge that he had "underestimated the difficulty of transitioning an old and traditional institution into a digital media company in today’s quickly evolving climate." More recently, Hughes has written a quasi-memoir laying out his solutions to more manageable problems, such as poverty and inequality.

Thanks to these remarkable failures, Hughes and Eldridge won the coveted Free Beacon Couple of the Year award in 2014. Their stunning inability to succeed was an inspiration to millions of Americans who had come to believe that extreme unearned wealth offers boundless advantages that guarantee success, especially in politics. 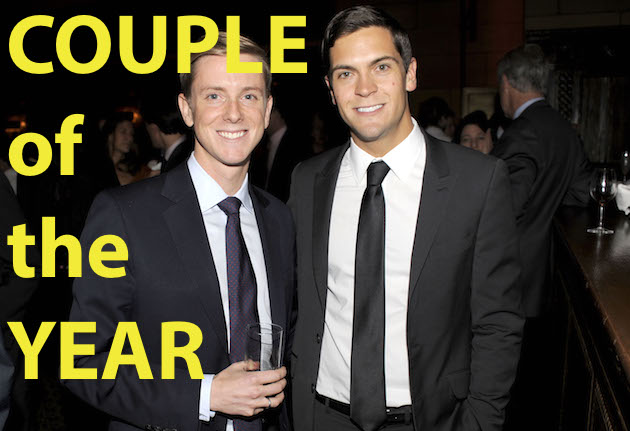 It's a shame that Eldridge isn't running again this year for several reasons. From a purely analytical perspective, his race would be the only one worth watching for prognosticators hoping to determine the size of the "blue wave" on election night. If he won, you could all but guarantee that Democrats were headed for super-majorities in the House and Senate, such is the severity of Eldridge's shortcomings as a politician.

Eldridge hasn't retired from politics, you'll be happy to know. He is the founder and president of Stand Up America, an activist organization formed in 2016 to "resist Trump's dangerous agenda" through "impactful action." Stand Up America piggybacks on other activist groups, such as the Planned Parenthood campaign to derail the confirmation of Supreme Court Justice nominee Brett Kavanaugh.

For his part, Eldridge provides generic talking points to reporters looking to flesh out their articles. "What we're hearing is that when most Americans talk about what is at stake at this fight they're not thinking about a political showdown in Washington, D.C. They're thinking about their family," he told The Hill earlier this month. Powerful stuff.

Spoken like a true, terrible politician. It would be a shame to see this talent wasted anywhere else besides on Capitol Hill, or (one day) in the White House. Nancy Pelosi, for example, is ridiculously old, and can't represent San Francisco forever. Your time will come, Sean.