Poll: Harry Reid’s War on the Koch Brothers Is a Bust

They're more popular than he is

Senate Majority Leader (for now) Harry Reid (D., Nev.) has led a rambling crusade against right-leaning philanthropy barons Charles and David Koch. Over the last several months, Reid has called the Koch brothers "un-American" and suggested they were the "main cause" of climate change, among many other incoherent tirades. Democrats running in close races across the country have followed suit, and tried to attack their Republican opponents by linking them to the Kochs.

Reid has often ranted about the Koch brothers' evil plan to "buy our democracy." But as it turns out, the single largest donor—by far—to outside spending groups this cycle is Reid’s good friend Tom Steyer, an environmentalist billionaire. 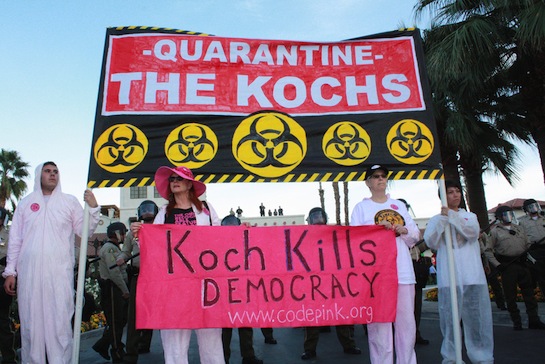