CouponCodes4u.com surveyed 2,407 parents from across the country on whether celebrities should be used as positive role models. America may waver at times, but she remains strong, as nearly 60 percent of parents say celebs should not be so used.

Then those parents were quizzed on which celebs are the worst role models. I know parenting takes a lot of time away from keeping up with the latest from the stars, but let's get this straight: twerking does not make one an awful role model.

There is no way Miley Cyrus should be on top of this list, with 68 percent of parents saying she is the worst person evar. Miley is happily engaged. She reaches all facets of American life through her ratchet outreach program. My guess is parents bought their kids a "Hannah Montana" lunchbox and then noticed Miley wearing the unicorn onesie on Entertainment Tonight.

Lindsay Lohan receiving 65 percent of the vote is also debacle. What will those parents think when this young woman they've castigated ends up portraying "Rodham"? 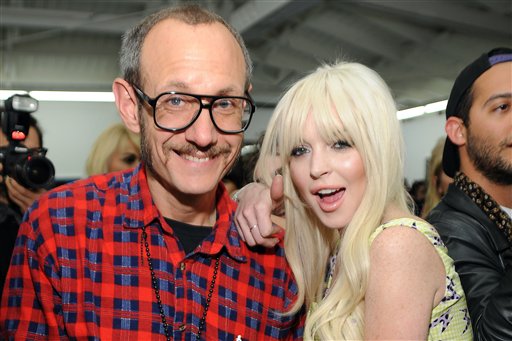 She ain't so bad, America

I may agree with the 63 percent who say Kim deserves scorn, but then she just gave birth to Yeezus’s child so we’ll lighten up. Respect.

The Y chromosome-toting portion of the poll makes a tad more sense. Noted domestic abuser Chris Brown leads the list with 71 percent of the vote. But, as much as Yeezy and the Biebs can be annoying, the fact that they had 67 percent and 65 percent of the vote, respectively, is appalling.

Kanye is only 4 percent "less worse" than C-Breezy? Really, America?