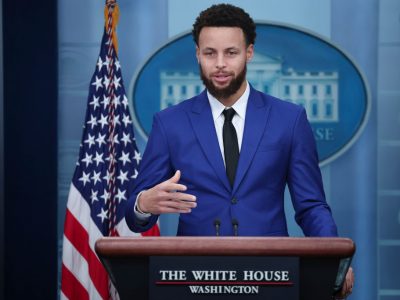 Wizards fans should temper their expectations for upcoming season

Ted Leonsis, owner of the Washington Wizards, a perennially underachieving NBA franchise that has only made the playoffs four times in nine seasons under his ownership, and has never advanced beyond the conference semi-finals, continues to make questionable decisions in a effort to build a winning team.

The Washington Post reports that Leonsis has been seeking advice from dozens of individuals as to how to improve the Wizards after another disappointing season. The owner has even reached out to former President Barack Obama, a decision that could come back to haunt the franchise, if history is any guide.

Leonsis is apparently unaware, or has chosen to disregard, the ample evidence for what many sports analysts have described as the "Obama Curse." American athletes, and basketball players in particular, have been known to suffer injury and humiliation in Obama's presence, raising difficult questions about the former president's motivations and moral compass.

Obama looked on, for example, as Duke star forward Zion Williamson suffered a freak ankle injury after his shoe exploded in the opening minutes of a rivalry game against UNC. Duke went on to lose the game in front of their home crowd in humiliating fashion.

Obama continued to raise suspicions in June, when he attended Game 2 of the NBA Finals between the Toronto Raptors and the Golden State Warriors following a "beer summit" with Canadian Prime Minister Justin Trudeau, who has since become embroiled in an ethics scandal. Obama looked on as the Warriors lost two starters, including All-Star shooting guard Klay Thompson, to injury.

The heavily-favored Warriors would go on to lose the series to the Canadian underdogs in humiliating fashion as Thompson and All-Star forward Kevin Durant suffered additional injuries that will require months of recovery. Durant ultimately decided to leave the Warriors and sign with the Brooklyn Nets.

Evidence suggests the "Obama Curse" is not limited to basketball. Golf legend Tiger Woods, for example, celebrated his fifth Masters victory in April after failing to win a major championship during Obama's presidency. Non-American golfers, meanwhile, enjoyed considerable success under Obama, accounting for a majority of the Masters champions between 2009-2019.

Wizards fans should temper their expectations for the upcoming season.