Hillary Clinton's presidential campaign has already spend nearly $1 million on polling, records show. The campaign, which has endeavored to project a carefree, spontaneous vibe, has apparently been ruthlessly poll-testing its messaging to the tune of $904,915 in the first quarter of 2015. Unfortunately, while all that money may have helped produce soothing terms like "everyday Americans" and "revenue enhancements," it has failed to craft a message that improves Hillary's standing in the public eye.

A new AP-Gfk poll shows that 49 percent of Americans, and nearly one in four Democrats, view Clinton in an unfavorable light. Just 39 percent of American view her favorably. Clinton's abysmal favorability numbers are presumably driven by the fact that the American people do not consider her  honest, inspiring, compassionate, or even likable. The numbers speak for themselves: 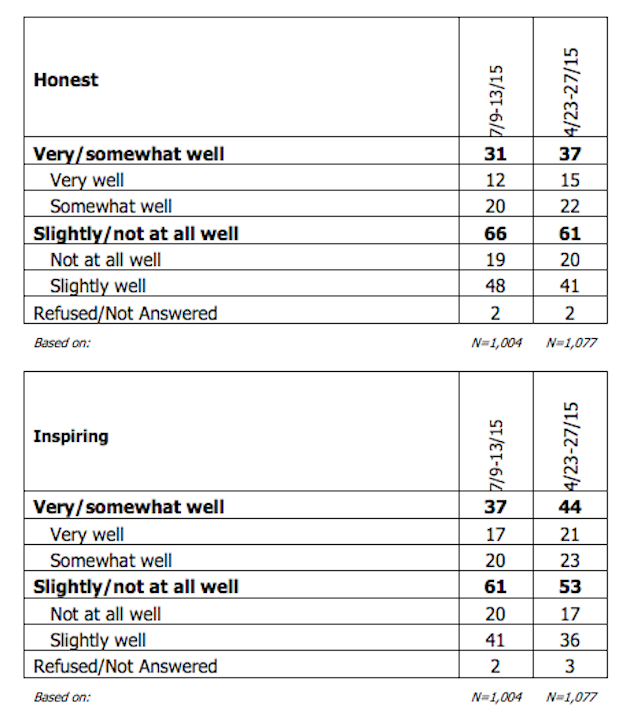 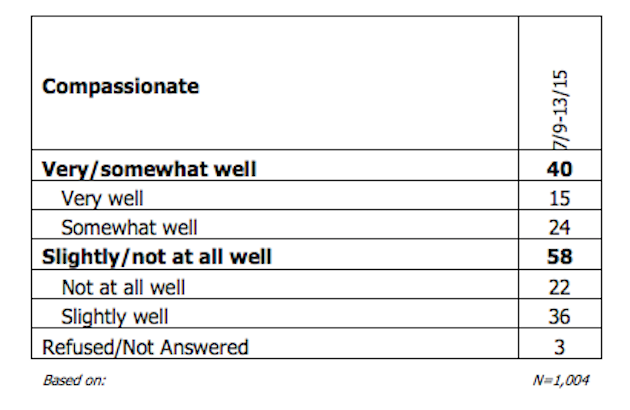 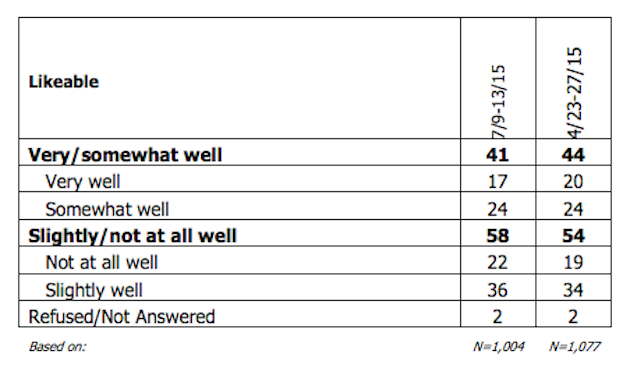 So much for Hillary insistence that the American people "should and do trust me." If anything, the campaign should be spending much more on polling. They failed, for example, to adequately poll-test ice cream flavors ahead of Hillary's visit to Daily Twirl in New Hampshire. Lacking firm research into which flavors voters find the least offensive, Hillary panicked, completely helpless in the face of so many options. "I like nearly everything," she improvised. Hillary also had no answer for a straightforward question about which woman should be placed on the $10 bill. "I’m very torn about it," she told CNN's Brianna Keilar. "I want a woman on the bill."