Good morning. In less than an hour, aircraft from here will join others from around the world. And you will be launching the largest aerial battle in the history of mankind. "Mankind." That word should have new meaning for all of us today. We can’t be consumed by our petty differences anymore. We will be united in our common interests. Perhaps it’s fate that today is the Fourth of July, and you will once again be fighting for our freedom — not from tyranny, oppression, or persecution, but from annihilation. We are fighting for our right to live. To exist. And should we win the day, the Fourth of July will no longer be known as an American holiday, but as the day the world declared in one voice: "We will not go quietly into the night! We will not vanish without a fight! We’re going to live on! We’re going to survive! Today we celebrate our Independence Day!"

INTERNATIONAL WATERS, Gulf of Oman [note: pls redact] — The life of every man will inevitably contain a handful of moments that, for better or worse, will attach themselves like barnacles to the gleaming hull of his mortal soul.

For example, most of us will never forget where we were, and with whom we were sleeping, on Sept. 11, 2001. Yours truly (Biff) was casually dating several members of the UCLA women's volleyball team and coaching staff, and was attempting to download a ringtone version of Stain'd's hit single, "It's Been A While," on my Nokia 3390, when I got a text from Gore Vidal imploring me to "get off [my] fat Nazi ass, find an internet connection and check out Drudge Report."

When the Berlin Wall came crumbling down in '89, I was hopelessly entangled with an all-female commune of Pagan gypsies wandering the northern coast of Spain, and was hosting a "Golf Pros and Tennis Hoes" cocktail reception aboard a repossessed catamaran just off La Playa San Lorenzo when the telegraph came through. Gore Vidal again: "Looks like I owe you $20." The girls might have won the limbo contest that night, but we all felt like winners.

Ladies and gentleman, this is one of those moments that will live on — not in infamy, but in splendor — in the depths of my heart, and in the hearts of all freedom-loving patriots across this Great Land. Because as fondly as I regard the collapse of Soviet Communism, it can't possibly compare — in terms of both personal exhilaration and geopolitical significance — to Sonny Bunch's long-overdue departure from the Washington Free Beacon.

Good riddance, Mr. Bunch. If that's even your real name. On the one hand, who in their right mind would choose to be called "Sonny Bunch"? Not many. Unless, I suppose, your parents named you something like "Muhammad von Fritzl-Hiter," "Eric Swalwell," or even "Adam Kredo." On the other hand, if anyone would willingly embrace such a ridiculous name, it would be you, the Pee-wee Herman of your worthless generation. Maybe it's ironic, or a "twee" thing. Who the hell knows, or even cares? To borrow one of your favorite cinematic terms, SPOILER ALERT: No one.

Never again will I have to suffer the pathetic groveling of ISIS scumbags begging to know what it's like to work side-by-side with The Caliphate's most respected film critic. It's only fitting that Bunch is leaving this (allegedly) pro-freedom publication to join the world's second most diabolical terrorist organization: Hollywood. I'm sure the Red Brigade was his "safety" option, but they never would have tolerated his weak-sauce beard.

If the Free Beacon insists on hiring someone to fill Mr. Bunch's size 4 urban camo Crocs, I think Yours Truly (Biff) would be up to the task. Consider this my sample writing submission:

One of the most neoconservative films I have seen in decades, this tragic saga highlights the incessant coddling of the American work force.

Our protagonist, a noble small business owner named Dial (played with vigor by Canadian actor Michael Ironside), hires a killer whale, Willy, to perform in front of paying customers. When Willy refuses to adhere to the terms of his contract, investors balk, and Dial is faced with a tricky financial dilemma of the sort American job creators often confront on a daily basis.

In the end, Dial loses out on a $1 million insurance policy thanks to the malfeasance of criminal saboteurs brainwashed by the "Save the Whales" paranoia of the 1990s. But our hero never loses faith in our capitalist system, or in mankind's manifest destiny for complete dominion over the Animal Kingdom. The insurance company will probably have to pay up anyway after an extended legal battle, and in any event Dial can always claim the whale's abscondence as a substantial tax write-off.

Willy, on the other hand, has to live out the rest of his life with a f—ked up fin. 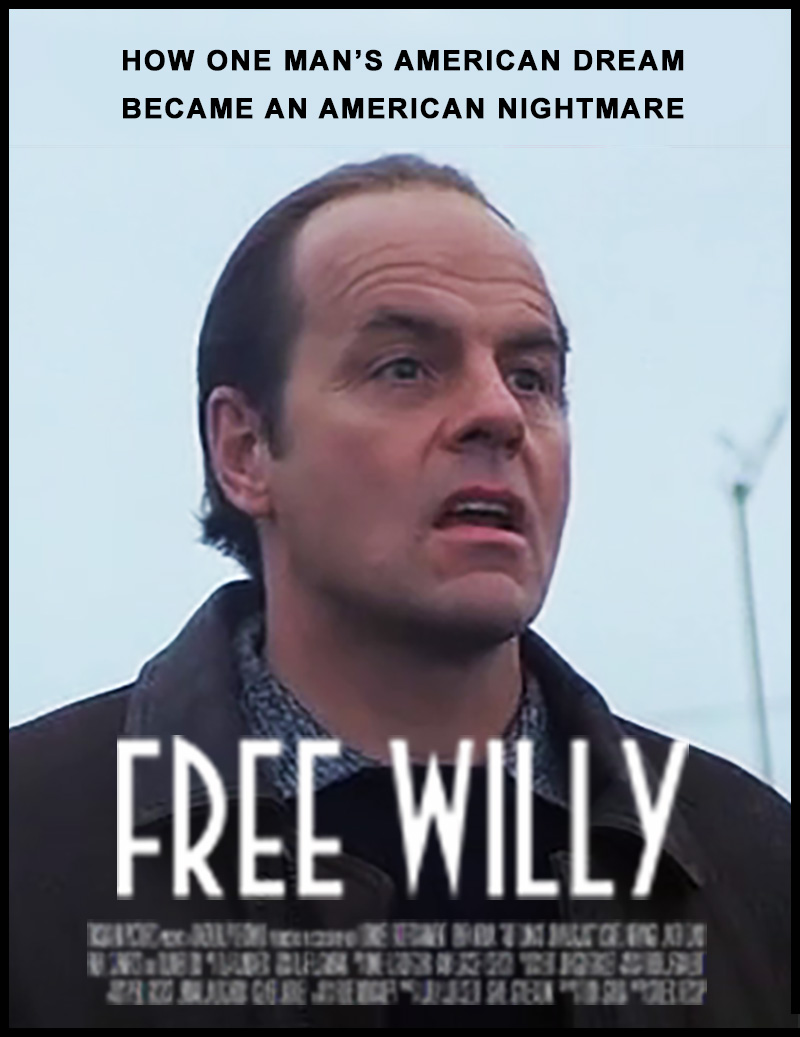 And finally, any assessment of Mr. Bunch's "journalism" "career" would be incomplete without a description of his fashion sense. The word that comes to mind is "sociopathic." I mean, sure, at least he makes an effort to look somewhat presentable in public — more than can be said about many of the so-called "men" scooting about town these days in their skinny jeans and sleeveless hoodies.

And yet, the guy looks like one of those male dolls you can buy at the American Girl Store nowadays. (Thanks, political correctness!) His name is Günther Graf, the ornately attired, eccentric dweeb son of a German oil engineer who made a fortune in the Pennsylvania oil rush. He comes equipped with a small mahogany pull wagon that he uses to tote around his imaginary "board of directors." 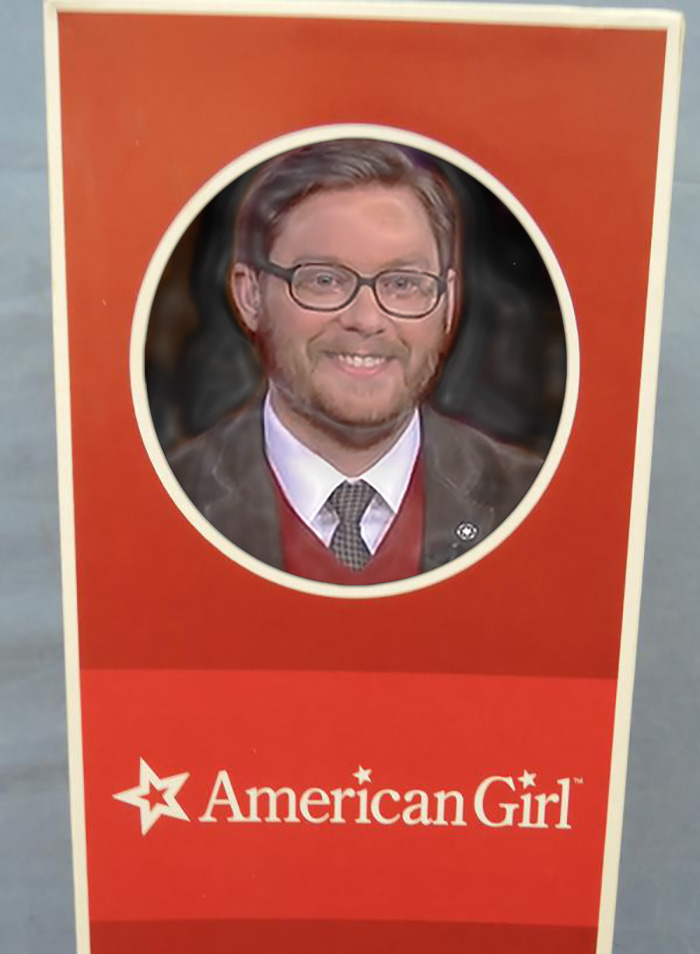 Happy trails, you bearded goon. I occasionally enjoyed sparring with Bunch on Twitter before being de-platformed by the Deep State. For what it's worth, I will continue to use your office for the same adult activities I have been using it for all this time. If you ever need anything, or ever feel like reaching out to catch up and shoot the breeze — don't.

Biff Diddle is the ombudsman of the Washington Free Beacon