I was not terribly fond of The Purge, as you might have surmised from my review. Its politics are childish and overbearing, sure. I could live with that. Heck, I'm used to it at this point. The Purge‘s graver sin is that it's not entertaining enough to overcome the childishness of its overbearing politics.

The Purge, of course, is not alone in this failing. Most such films—Crash; War, Inc; It's a Wonderful Life,* etc.—suck. Even the left understands this fact. However, there are plenty of great liberal "message movies" out there that work despite their foolish ideas about the world. Here are my top five.

1. Dr. Strangelove or: How I learned to Stop Worrying and Love the Bomb

Mein Führer! I can walk!

Of Stanley Kubrick's three anti-war films—Paths of Glory, Dr. Strangelove, and Full Metal Jacket—this is the one that sticks with me the most, probably because the absurdity of Strangelove‘s world so resembles the absurdity of the Cold War. I mean, it really is mad if you think about it: We essentially gambled on keeping war at bay by promising to blow it all to hell. And we won the bet! Take that, Planet of the Apes!

Anyway, Dr. Strangelove works not because it's an anti-nuke film or a pro-peace film. No, it works because the performances Kubrick coaxed out of George C. Scott, Peter Sellers (in three roles!), Sterling Hayden, and Slim Pickens. It is brutally, morbidly hilarious. That is why the film endures even as the memories of the Cold War fade.

Update: "Dr. Strangelove is a liberal film, right?" "[Frowning, brow furrowing] Yeah. Obviously." "Yeah, that's what I thought. It's just … well, there's been some pushback. On the Internet. [Shudders]"

That was a conversation I just had with a colleague on the response to this list. I was expecting some push back on entries four and five, but it struck me as relatively obvious that Dr. Strangelove is a liberal film. Always has. It is, after all, a film in which the American military is portrayed as run by both amoral idiots (Gen. Turgidson) and immoral monsters (Gen. Ripper). The immoral monster and central villain is also, not coincidentally, a red-baiting Bircher prattling on about fluoridation who ends up destroying all life on Earth because he tried to murder hundreds of millions of Soviets in an unprovoked preemptive nuclear strike. Other members of the military are portrayed as hayseed hicks (Maj. Kong) who are just following orders on the way to sparking a nuclear holocaust. The characters are made the subject of fun for worrying about "gaps"—missile gaps, doomsday gaps, mineshaft gaps, etc.—a common rightwing fear at the time. Finally, the Russians are portrayed as no real threat and the Soviet Premier just wants to be friends with the American president.

Again, as I said, it seems more or less straightforward to me that this is a film with a liberal worldview.

The most cogent refutation of this idea came from an old coworker, Victor Morton, who passed along a review from Stanley Kaufmann. Kaufmann argued in the New Republic that liberals would not be satisfied with the picture because it offers no solutions. While that's certainly true—Dr. Strangelove is by no means an optimistic film and, as Jesse Walker suggested on Twitter, it's not exactly a message movie in the tradition of Stanley Kramer—that doesn't mitigate the fact that it's an outright refutation of the status quo, a sort of pining for a nuclear-free world in which everyone sets aside their silliness and becomes friends.

I stand by my placement of Dr. Strangelove on this list. But I'm always open to contrary arguments. 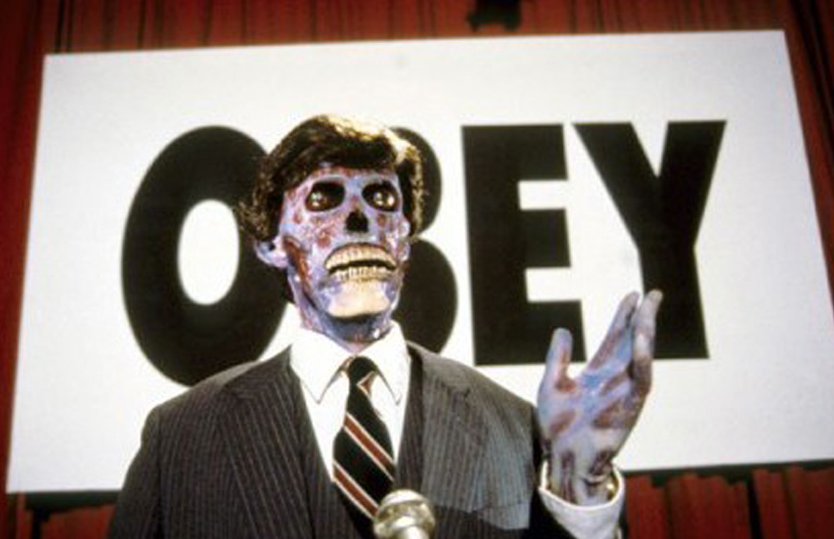 ‘It's a new morning in America'

There seems to be some confusion about this, so let me assure you: They Live is a remarkably liberal movie. John Carpenter's disgust with corporations and conservatism and Reagonomics drips from every scene.

And that's okay! They Live is a remarkably entertaining B movie, featuring terrible performances, awful special effects, and a buttload of fun. Who among us can forget the first time we saw Rowdy Roddy Piper and Keith David wrestle on the street for, like, 10 minutes? Who can deny the power of the following line: "I have come here to kick ass and chew bubblegum … and I'm all out of bubblegum"? They Live rules, even if it's a silly bit of anti-Reagan propaganda.

You could more or less blindly pick a film from George Romero's oeuvre and find political overtones. The Crazies is an allegory for American involvement in Vietnam; Monkeyshines is about man's fooling with nature; and then, of course, there are the Dead movies.

As I mentioned in my review of The Purge, I thought Land of the Dead went too far: it felt like a political movie first and a zombie movie second. Dawn of the Dead does a better job of walking that tightrope. Vietnam imagery and the condemnation of consumerism juxtapose nicely with the threat of shambling zombies and their ever-present urge for human flesh. 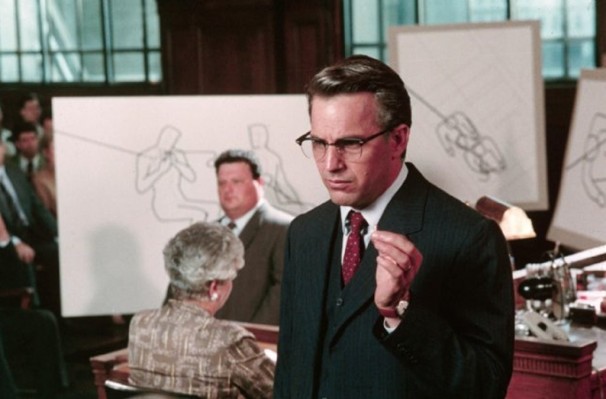 Back and to the left

Oliver Stone is an unrepentant left-liberal Chavista who is not the biggest fan in the world of America or American power. He's also a talented filmmaker. So talented, in fact, he can get away with making a film that attempted to convince people that JFK was not assassinated by a leftist Communist who lived in the USSR for a time but rather by the military industrial complex and the CIA, or some such.

Some will say JFK isn't a liberal message movie. What's the message? It's not about peace, love, and understanding, man. But it is most definitely a message movie. And the message—that right-wing violence is responsible for the death of a man who would have ended American involvement in Vietnam—is a particularly pernicious one, one that has caused a kind of schizophrenia in the left since that fateful Dallas morning. 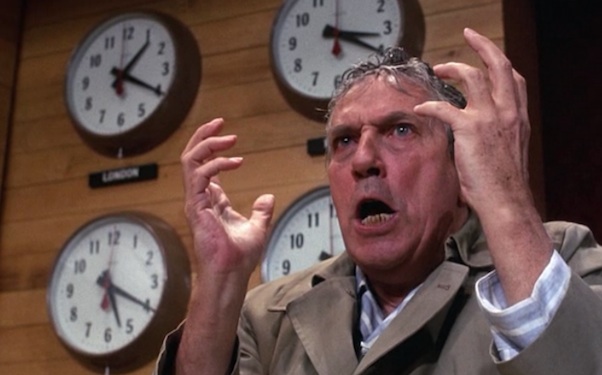 Network‘s an interesting one. It was originally seen as an extremely liberal film about the evil, corrupting influence of corporations on the media. But given the rise of the right's complaints about the media in general, Howard Beale's signature speech became something of a cri de coeur for conservatives. At this point, we're all mad as hell. And none of us want to take it anymore.

*A lot of people are going to whinge about my calling It's a Wonderful Life a "liberal message movie," and I'll cop to a bit of trolling here. But if you set aside all the gooey BS about Jimmy Stewart being a good man it's a movie about how rapacious capitalism is destroying America. Screw you, Hollywood.