New York Times columnist and multimillionaire Paul Krugman, for example, will make about $25,000 per month (on top of his six-figure Times salary) just to be concerned about income inequality. His new employer, the taxpayer-funded City University of New York, is going to pay Krugman to "contribute to the build-up" of its new "inequality initiative."

Liberals have defended Krugman, noting that his tireless campaign for punitive taxes on the rich runs contrary to his own interest. It is within this crucial context that the following two charts explain the debate over income inequality: 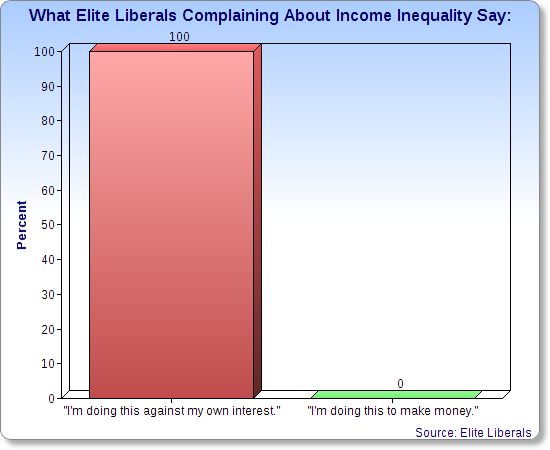 On a related note, French economist Thomas Piketty has written a book (Capital in the Twenty-First Century) about income inequality that Paul Krugman adores. It is published, fittingly, by the Harvard University Press: 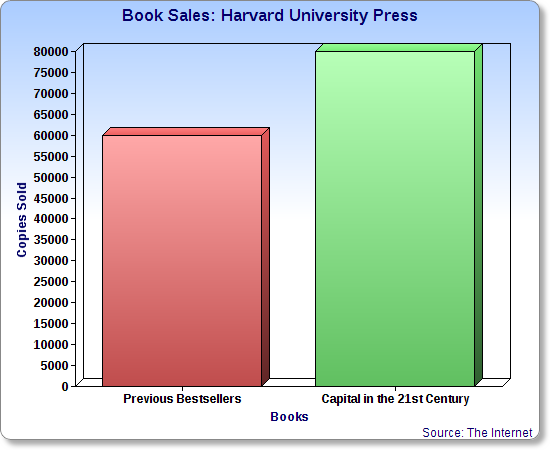 Bloomberg reports that the publisher has been overwhelmed by the demand for Capital in the Twenty-First Century. Sales "have definitely exceeded our expectation," said publicist Lisa LaPoint. "Up until now, our biggest books in recent memory have sold 60,000 copies each—Piketty’s sales are already at 80,000." That doesn’t include the estimated 12,000 e-books sold on Amazon (for $22 a pop), or the additional 115,000 copies that Harvard University Press says it will likely print for further release worldwide. 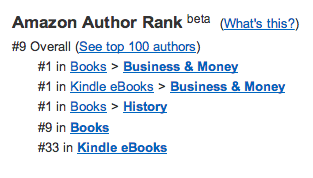 Capital in the Twenty-First Century is currently number 20 on the New York Times bestseller list, and will almost certainly climb higher. Piketty stands to do pretty well for himself, not only with respect to book sales, but also from speaking gigs. His agency, All American Speakers Bureau, represents big-name stars such as Alec Baldwin, Donald Trump, and Bill Maher.

The agency does not disclose what Piketty charges per gig, but one can assume that, as the hottest name in left-wing economics, he commands at least as much as fellow All American client Joseph Stiglitz, a Columbia University professor who is also very concerned about income inequality, and who charges between $30,001-$50,000 a speech.

Telling liberals what they want to hear is pretty good work, if you can find it.