"Bibi Netanyahu is an arrogant, deceptive, cynical, manipulative asshole," wrote Simone Zimmerman, a former J Street student activist, in the March 3rd 2015 post. "Fuck you, Bibi … you sanctioned the murder of over 2,000 people this summer."

At a later date, Zimmerman edited the post, replacing "asshole" with "politician" and "Fuck you" with "shame on you." The Free Beacon obtained screenshots of the original and edited posts. 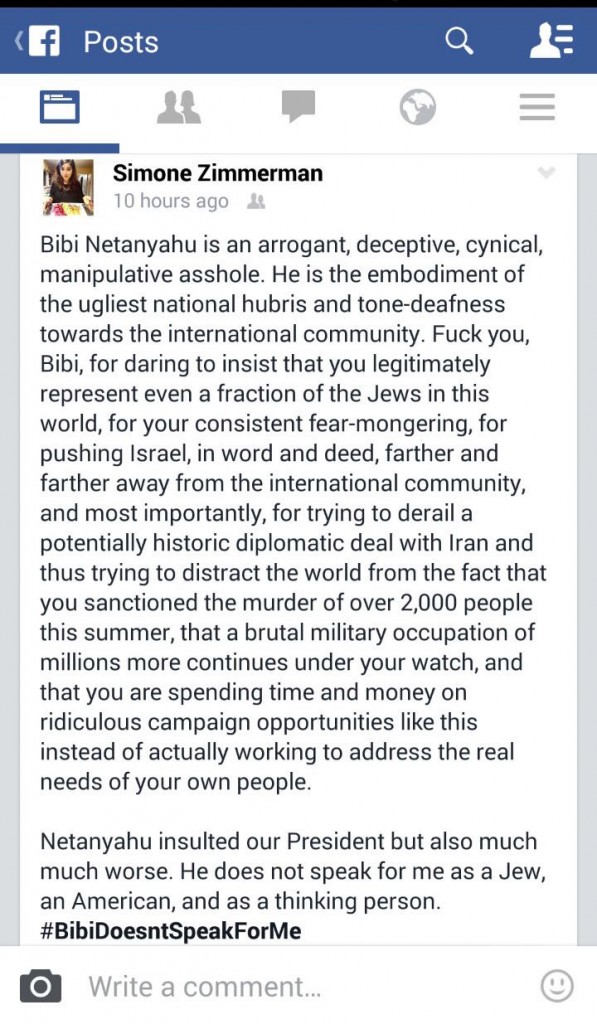 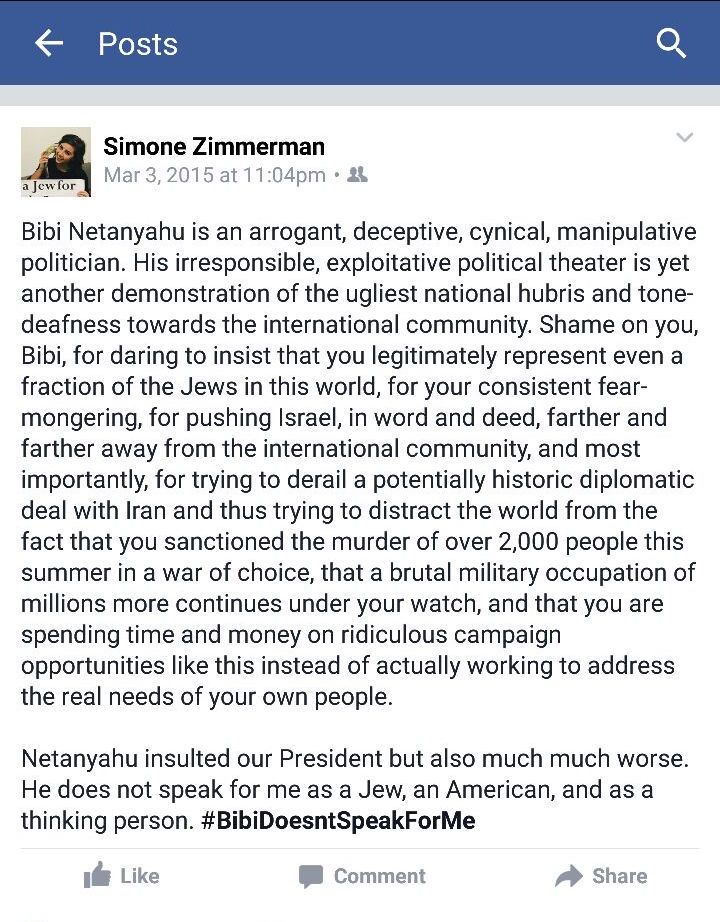 The choice of Zimmerman, a young anti-Israel activist with a history of support for the BDS movement, signaled that the Sanders campaign was not retreating from recent campaign behavior that many in the pro-Israel community viewed as hostile.

Sanders turned down an invitation to speak at the annual AIPAC conference, a bipartisan campaign stop for Republican and Democratic politicians. Zimmerman condemned Hillary Clinton’s speech to the AIPAC conference as "racist and orientalist." Israeli ambassador to the U.S. Ron Dermer on Sunday called Sanders's recent comments about Israel’s conduct during fighting with the Hamas terrorist group "libelous."

Zimmerman comes to the Sanders campaign after a stint as an undergraduate at Berkeley, where she headed the campus chapter of J Street, an anti-Israel lobbying and activist group.

Last year, Zimmerman promoted a play called Martyr’s Street, whose plot compares an Israeli settler to a Hamas bomb-maker. While a student at Berkeley in 2012, she signed a letter criticizing the University of California system for issuing a report about anti-Semitism on UC campuses. The next year, Zimmerman wrote an op-ed calling on Hillel International, a national Jewish student organization, to sponsor campus events promoting the BDS movement, which seeks Israel’s destruction.