August is a popular month for Germans to go on holiday. They take a few weeks off and head south to Italy, the Greek isles, and Mallorca—especially Mallorca. So why begrudge German chancellor Angela Merkel for taking some personal time—three weeks to be exact—and heading to the Italian Alps? Three consecutive weeks off is a bit much by American standards. But more to the point: Federal elections are now less than two months away. Shouldn’t she be campaigning? After all, there’s an immigration crisis in her country—one that many blame on Merkel. There’s the ever-present threat of terrorism too. And the economy!

Actually the German economy is humming along. Unemployment is at 3.9 percent, whereas in, say, Spain it’s around 17.8 percent. The country has a budget surplus approaching $300 billion (not that this is necessarily a good thing). So despite the immigration and terrorism issues, Merkel’s approval rating hovers around 64 percent. Keeping a low profile and staying out of the news for the next three weeks may just be her smartest move.

In all likelihood, Merkel remains chancellor for a fourth term, something Americans haven’t had since Franklin Roosevelt. If she completes her next term, the chancellor will have served longer than Konrad Adenauer and tie Helmut Kohl. (She’s already on her way to surpassing a certain chancellor from the 1930s and ’40s.) But over what sort of regime will she preside?

In 2005, Merkel oversaw a Grand Coalition government involving her Christian Democrats (CDU plus its sister party CSU in Bavaria) and the main opposition Social Democrats (SPD). A better result came out of the 2009 elections—the CDU/CSU joined forces with its traditional partner, the Free Democrats (FDP), a junior party considered socially liberal and fiscally conservative. The FDP has been a part of the government structure on and off for 49 years—more than any other party (think of it as a king-maker). But the CDU/CSU and FDP government (also called a black-yellow coalition, referring to its respective party colors) had a disappointing four years.

At a Monday lunch in D.C. hosted by the Friedrich Naumann Foundation (the FDP’s educational arm), the prominent Free Democrat Manfred Richter explained how his party blew it. "We promised a tax plan but failed to deliver," lamented the former Bundestag member and former mayor of Bremen. Richter said he had "never before [seen such] a poorly managed coalition," adding that "promising but not delivering [to the voters] is a sin." As such, the FDP went from 14.6 percent in the polls in 2009 to 4.8 percent in 2013, below the critical 5 percent threshold for representation in the Bundestag. Merkel’s CDU/CSU rejoined the Social Democrats and reformed the Grand Coalition. The Free Democrats, meanwhile, have been roaming the political wilderness these last four years.

According to the latest Sonntagsfrage (the weekly Sunday poll), this will likely change. The Christian Democrats are leading with 39 percent, whereas the Social Democrats are only pulling in 23 percent. The Free Democrats are experiencing a resurgence, at around 9 percent. Although it depends on the electoral complexities like the number of apportioned seats, a black-yellow coalition of 48 percent of the electorate should be enough to govern.

The leader of the SPD, Martin Schulz, was the subject of favorable profiles and had himself experienced a boost in popularity just a few months ago. This appeal has since waned. In a bid to regain momentum, Schulz tacked to the right, criticizing Merkel for not doing enough to stem the incoming tide of refugees. But some see this position as hurting the SPD base while emboldening another minor party, the populist AfD (Alternative für Deutschland).

So will Frau Merkel respond to her opponent’s attacks? Not at the moment—she’s currently on vacation. 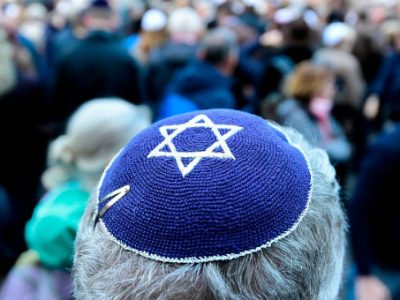 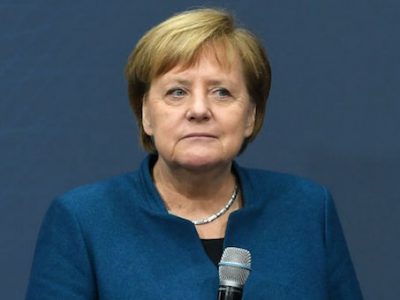 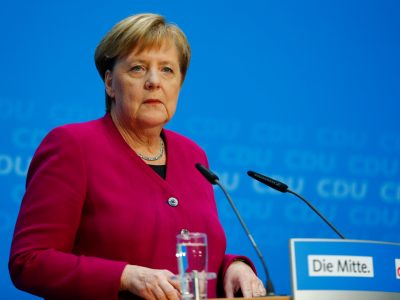 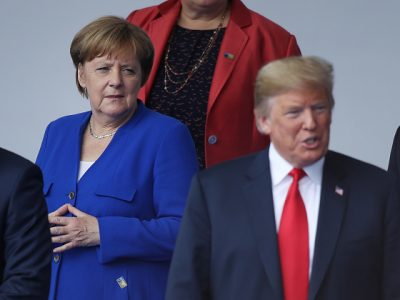 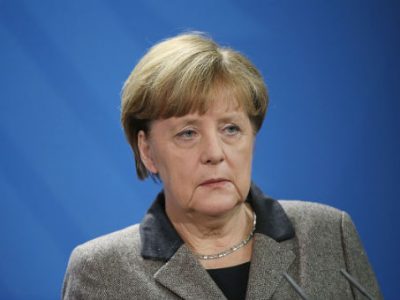 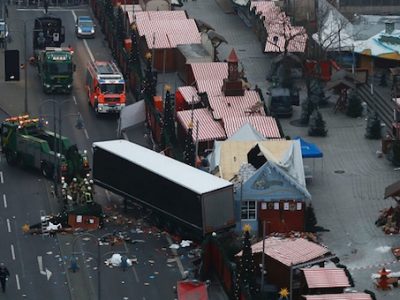 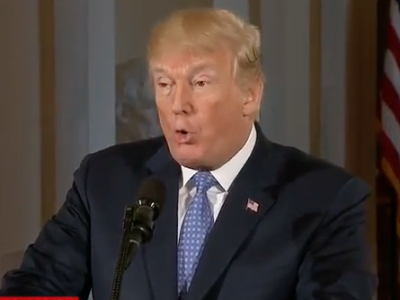 Trump: ‘Wherever There’s a Problem’ in the Middle East, ‘Iran Is Right There’ 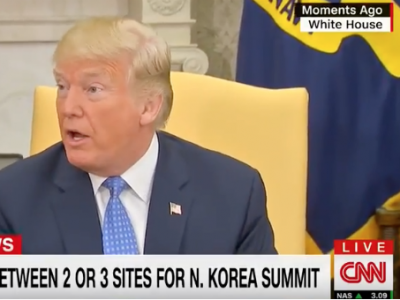 Trump: The United States Is ‘Not Going to Be Played’ by North Korea