Republican leaders on Monday slammed the nation's top labor arbiter for allowing two of its members to rule on a case filed by their former employer, according to a letter exclusively obtained by the Washington Free Beacon.

Representatives Virginia Foxx (N.C.) and Rick Allen (Ga.), along with Senators Richard Burr (N.C.) and Mike Braun (Ind.), sent a letter to the National Labor Relations Board demanding that it remove two Biden appointees from a case that involves the Service Employees International Union (SEIU). The NLRB ruled that David Prouty and Gwynne Wilcox could decide a case involving the SEIU, their former employer and a top Democratic donor, as the Free Beacon reported in November.

"Given your completely inadequate response to our concerns, we write seeking more information about your decision," the letter states. "We remain concerned that Members Wilcox and Prouty are unable to be impartial in this matter."

The SEIU is challenging a Trump-era rule that holds that large companies are separate from their franchises. Prouty and Wilcox fought against the rule while at the SEIU. The letter requests that the NLRB provide all documents related to its Designated Agency Ethics Official's determination that the pair need not recuse themselves.

Republicans note that the decision is at odds with past NLRB decisions. William Emanuel, a Trump NLRB appointee, in 2017 recused himself from a similar case because of his loose association with one party to the case in question. Foxx said that, under the Biden administration, NLRB chairwoman Lauren McFerran has steered the board in a partisan direction.

"I am surprised anyone can take the NLRB seriously anymore," Foxx, the ranking member of the House Committee on Education and Labor, told the Free Beacon. "Enforcing ethics standards only when it's politically beneficial is a miscarriage of McFerran's duty to the American people."

If the NLRB rules in the SEIU's favor, it will allow unions to sue large companies, such as McDonald's, for poor working conditions at franchises. Prouty in 2017, when he worked as general counsel for SEIU Local 32BJ, signed a letter to oppose the Trump-era rules. Wilcox, as general counsel for 1199SEIU, represented "Fight for $15″—an SEIU-affiliated group that has filed lawsuits against these joint employer laws.

Labor unions are hoping for political wins after decades of declining membership. President Joe Biden, who campaigned on being the most pro-union president ever, has pushed Congress to pass the PRO Act, which would overturn "right to work" laws in the more than two dozen states that ban union membership as a term of employment.

The SEIU and its PAC donated $15 million to Democrats in the 2020 election cycle, with $8 million going to Biden's campaign. 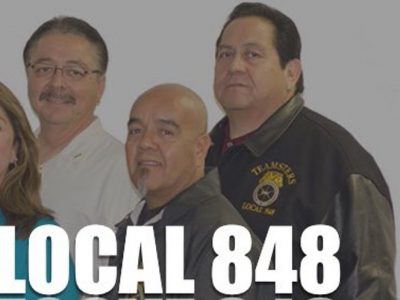 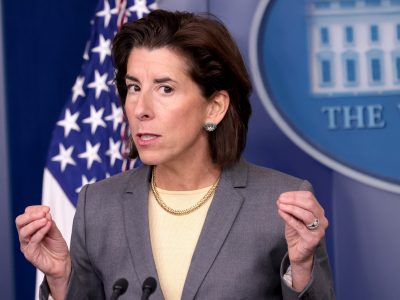