U.S. Agency for International Development administrator Samantha Power in her financial disclosure report significantly underreported the value of her investments, a discrepancy that could have prevented the Senate from accurately vetting her financial records, according to a formal complaint filed with the Office of Government Ethics.

Power lowballed the amount she held in a Cayman Islands-based investment fund by nearly $1 million. She said she held a stake in the fund valued between $50,000 and $100,000, according to a copy of her financial disclosure report filed in February ahead of her Senate confirmation and reviewed by the Washington Free Beacon. But when she sold off the holding in June, as required by a federal ethics agreement, Power listed the sale as between $1,000,001 and $5,000,000—at least 10 times higher than the value four months before, according to the American Accountability Foundation watchdog group, which filed the ethics complaint.

The group is calling on the Office of Government Ethics to investigate the disparity and says Power may have run afoul of ethics laws.

"As the head of a government agency, Administrator Power is expected to be above reproach and to comport to the highest level of ethical behavior," said Matthew Buckham, the leader of the American Accountability Foundation, in a Monday letter to Office of Government Ethics director Emory Rounds. "Due to the large discrepancy between Ms. Power's initial reporting prior to her confirmation and the report filed at the sale of her assets, we urge the Office of Government Ethics to investigate the matter for any potential misconduct that may have occurred."

Buckham said the difference could be due to Power's assets' growing in value but noted that the increase was significant enough to warrant investigation.

"Ms. Power needs to answer whether she had prior knowledge of the value of her asset with The Social+Capital Partnership GP III, L.P. and why she reported it significantly lower than what she obtained from the sale," said Buckham.

USAID did not respond to a request for comment.

As a federal nominee, Power was required to disclose the "identity and category of value" of any property or investments held in the previous calendar year that has a "fair market value which exceeds $1,000," according to federal law. Individuals who intentionally falsify or omit information on the financial disclosure form can be subject to a fine of up to $50,000 and prison time of up to one year.

Power, a former Obama administration official, has served as the administrator of USAID since May, where she oversees the distribution and monitoring of over half of the foreign aid budget.

In addition to Power's stake in the fund, she also served as an adviser to Social Capital until she stepped down to become USAID administrator. Secretary of State Antony Blinken held a six-figure investment and advisory role with the company until earlier this year.

Power was at the center of several controversies during the Obama administration. As ambassador to the United Nations toward the end of the Obama administration, she reportedly "unmasked" the names of hundreds of Americans identified in  intelligence reports—a practice that some congressional Republicans say was abused to target Trump campaign officials and Democrats' other adversaries.

During Power's confirmation, she was grilled by Sen. Chuck Grassley (R., Iowa) over allegedly trying to get a terror-designated charity group, the Islamic Relief Agency, removed from the U.S. sanctions list. 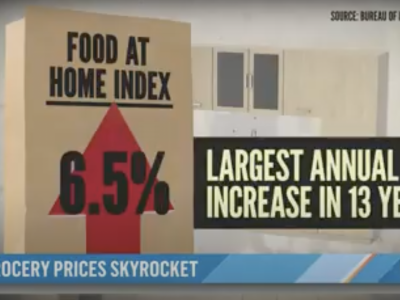