President Joe Biden and congressional Democrats are dismissing concerns over skyrocketing inflation, saying trillions of dollars on social programs and alternative energy projects should be passed regardless of the price tag.

Sen. Brian Schatz (D., Hawaii) said Monday a "serious inflation problem" would not change his party's plan to push forward with a multitrillion-dollar spending package. The Democrat argued that voters would rather fight climate change than address rising consumer prices.

With consumer prices surging at the fastest rate in 13 years, Biden has also shrugged off inflation concerns by claiming that the trend is only "temporary," telling reporters in July that "no serious economist" believes there's  "unchecked inflation on the way."

Many economic experts are unconvinced. According to Committee for a Responsible Federal Budget senior policy director Marc Goldwein, "a lot of reasonable people think inflation is going to be higher than we thought it was." Economists surveyed by the Wall Street Journal in July, meanwhile, said price increases are "here to stay for years."

Some prominent Democrats have also voiced concerns about inflation. Former president Barack Obama's National Economic Council director Larry Summers warned Democrats that their $1.9 trillion stimulus bill could "set off inflationary pressures of a kind we have not seen in a generation." Vulnerable House Democrats have since conceded that the costly stimulus spending drove inflation. Rep. Kim Schrier (D., Wash.) in June acknowledged that her Democratic colleagues "knew that there was a possibility that this could lead to inflation." Despite her concerns over rising prices, Schrier stood by her support for "more infrastructure" and additional "clean energy" spending, including "investments in wind and solar."

Biden and his Democratic allies on the Hill will now have to navigate GOP attacks over inflation as they work to unify the party around a sweeping infrastructure package. 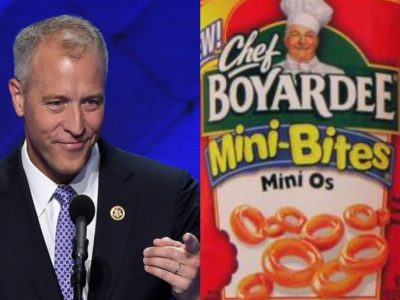 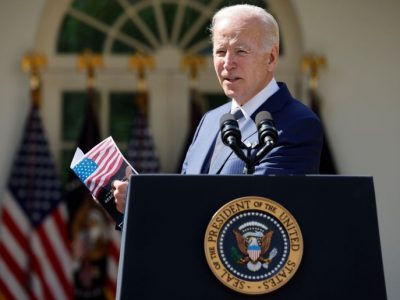