Al Jazeera English quickly deleted a Twitter post on Wednesday that featured an anti-Semitic portrayal of a Jewish man commenting on climate change.

The tweet, which was captured by numerous Twitter users before it was deleted, featured a caricature of a Jew saying that the "climate change scam is working out perfectly for our long term Talmudic plan of world domination!" 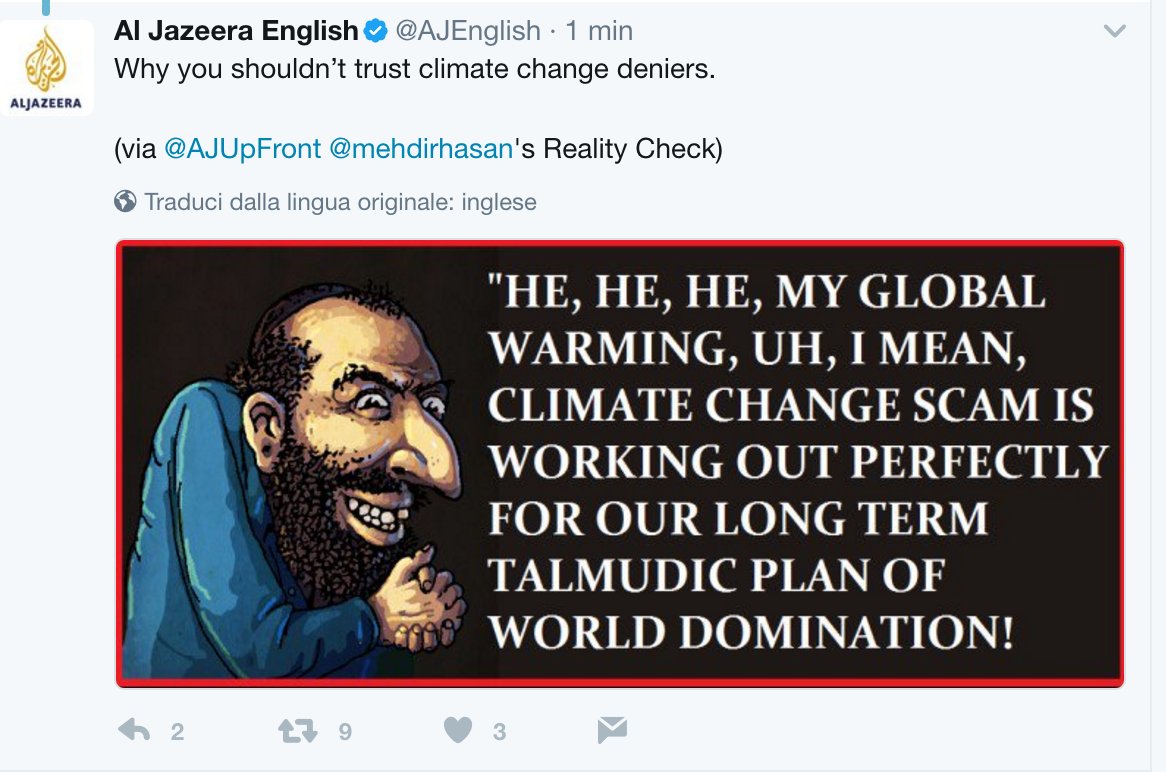 The Talmud is an ancient text on Jewish law and tradition.

A tweet with identical text of the deleted post was reposted by Al Jazeera English with the anti-Semitic image replaced by a video of network host Mehdir Hasan explaining that "climate change deniers" have been paid off to fight for the oil and gas industry.

A senior producer for Al Jazeera Upfront contacted the Washington Free Beacon after this post was published to say that "the offensive image associated with the tweet" came from a tweet that was sent to the outlet back in November 2016.

It is unclear how the image ended up on a tweet that was sent on Wednesday.

The producer says that the tweet is being investigated.

"We are currently investigating how such an error took place and why it was tweeted with our Climate Change video," wrote producer Dania Yousef in an email. "We hope to learn more tomorrow as our online team is off for the night."

Democrats have been forced to defend Al Jazeera in recent months after it was reported that Georgia congressional hopeful Jon Ossoff was paid thousands of dollars to produce films for the network.

Ossoff has said he is "proud" of the work he did for the network.