Democratic congressional candidate Jon Ossoff has received over $5,000 in compensation from Qatari-owned Al Jazeera since January 2016, according to his recently filed financial disclosure report.

Ossoff, who is hoping to win the seat vacated by Health and Human Services Secretary Tom Price, has taken heat from Republican opponents for his ties to Al Jazeera, which has aired films produced by Ossoff's investigative film company. The London-based company Insight: The World Investigates (Insight TWI) has produced nine films for Al Jazeera since Ossoff joined as managing director and CEO in 2013, according to its website.

Ossoff disclosed his finances last week after he was criticized by Democratic opponents for his role in the foreign business. His opponents also pointed out that Ossoff's financial disclosure forms had been overdue for over a month.

"You say you're a small business owner, but you don't have a business located in the United States," Ron Slotin said to Ossoff during a Democratic candidate forum in March. "Every candidate that runs for federal office needs to file a financial statement—you can go in there and look at all my business records, everywhere I get money from, all my assets—Jon, you were supposed to turn in your financial statements February 2nd and you didn't."

Ossoff filed the forms a few days later, disclosing that he was paid over $5,000 by Al Jazeera, which is headquartered in Doha, Qatar.

The Ossoff campaign did not respond to inquiries about the exact amount of money Ossoff has received from Al Jazeera. The House of Representatives does not require that information as part of financial disclosures. Insight TWI has produced only one video for Al Jazeera in the period covered by the disclosure.

Including Al Jazeera, 10 out of the 12 video production companies that Ossoff received over $5,000 from are located outside the United States.

Prior to joining Insight TWI, Ossoff spent five years as a congressional staffer for Rep. Hank Johnson (D, Ga.), who compared Jewish settlers in Israel to termites during an event at last summer's Democratic National Convention. Johnson has endorsed Ossoff for the seat.

Al Jazeera is widely viewed as a propaganda outlet for the Emir of Qatar, who bankrolls the outlet and also provides funding to terrorist organizations such as Hamas, al Qaeda, and ISIS.

The network was criticized as a "mouthpiece for terrorists" after it ended up with "exclusive" Osama bin Laden videos after the September 11, 2001 terrorist attacks on the United States.

Ossoff has responded to previous criticism of his work for Al Jazeera by stating that he "condemns partisan attacks that appeal to fear and stands by his work as a journalist and businessman."

Slotin, one of Ossoff's Democratic opponents and a former Georgia state senator, told the Washington Free Beacon that Ossoff's disclosure seems to be incomplete, noting that Ossoff's position as CEO of a Georgia nonprofit named The World Investigates Foundation is not listed.

Slotin questioned Ossoff's previous claim that he built a film company that generates over a million dollars in profit given his salary of $34,975.

The special election for Georgia's 6th congressional district will take place April 18. If no candidate receives over 50 percent of the vote, a runoff election between the top two candidates will occur on June 20. 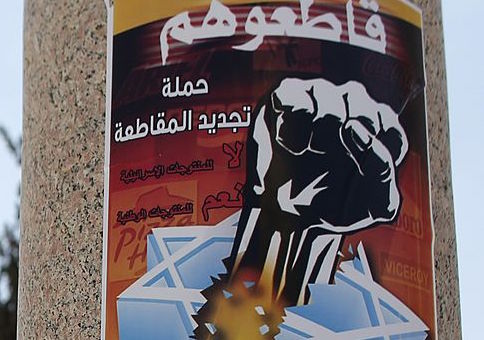