Jeffrey Toobin, the New Yorker staff writer and CNN legal analyst who accidentally pleasured himself during a Zoom call with other professional journalists, has done more to unite the country than any politician in living memory.

CNN took a more old-fashioned approach to the sexual-harassment incident: pretending it never happened and granting Toobin's request for "time off while he deals with a personal issue."

In the meantime, we have decided to honor Toobin's commitment to national unity by portraying reactions to his now infamous "dick slip" scandal in a series of New Yorker cartoons and CNN chyrons. Enjoy!

the new game is to replace every new yorker cartoon caption with "Jeffrey Toobin took his dick out on a Zoom call." pic.twitter.com/NkuxsTJtxs 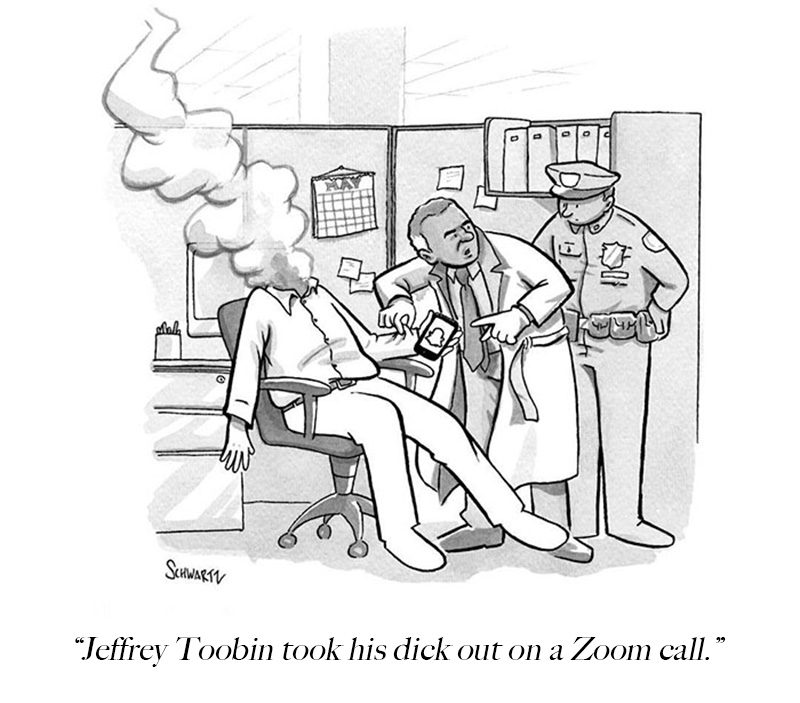 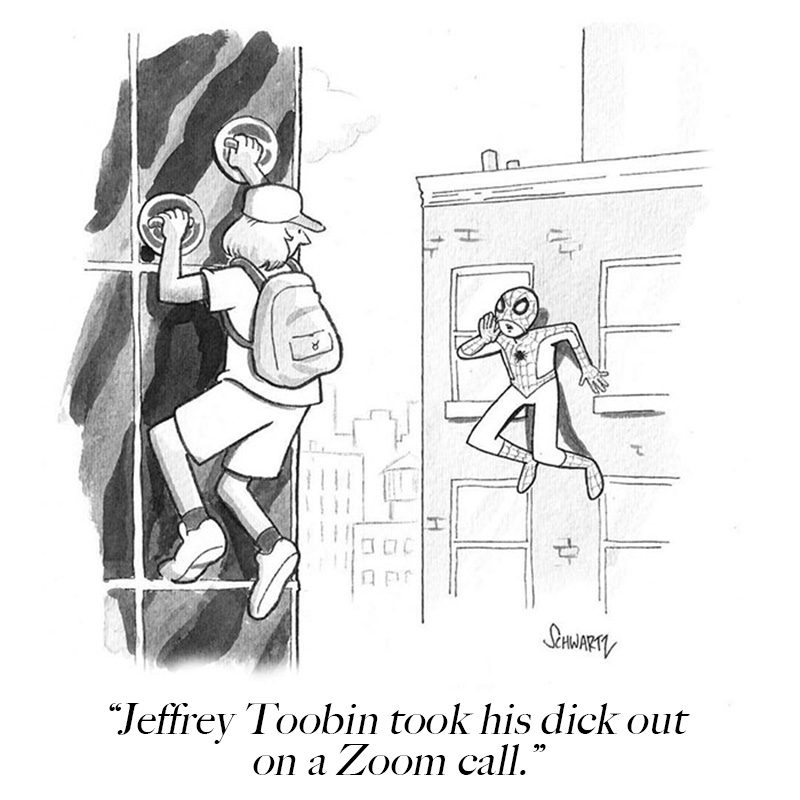 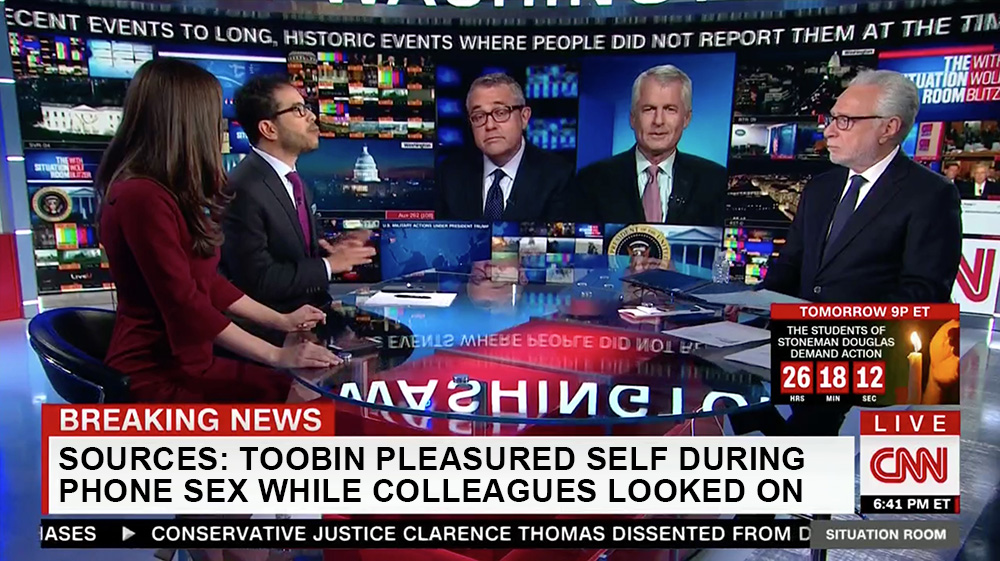 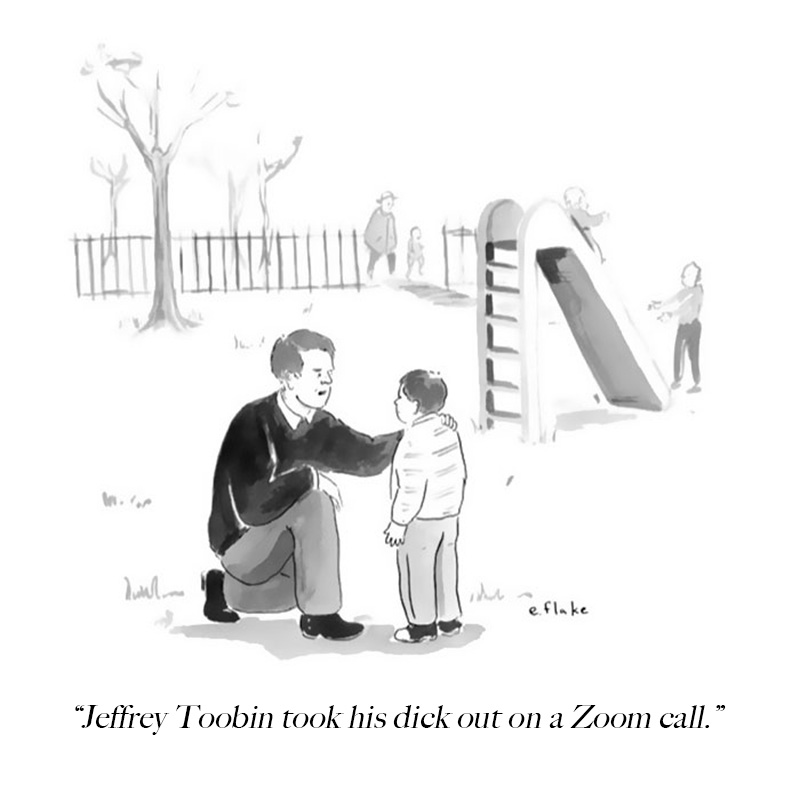 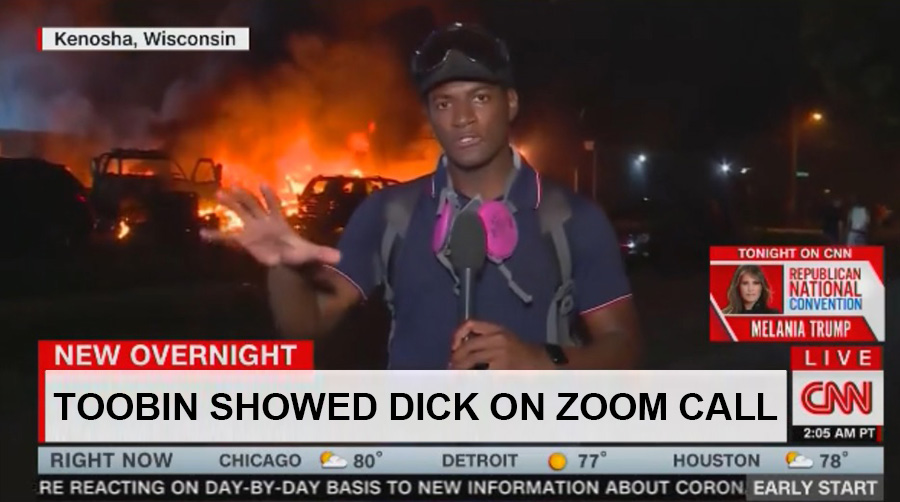 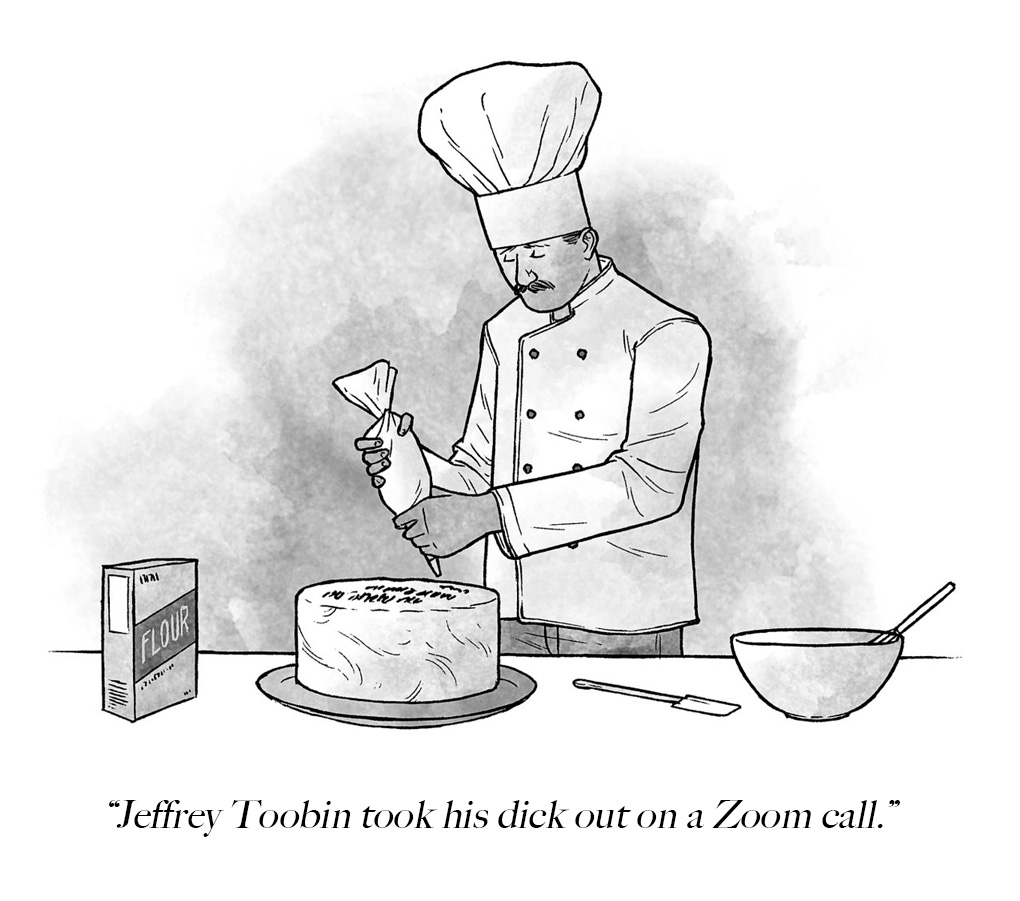 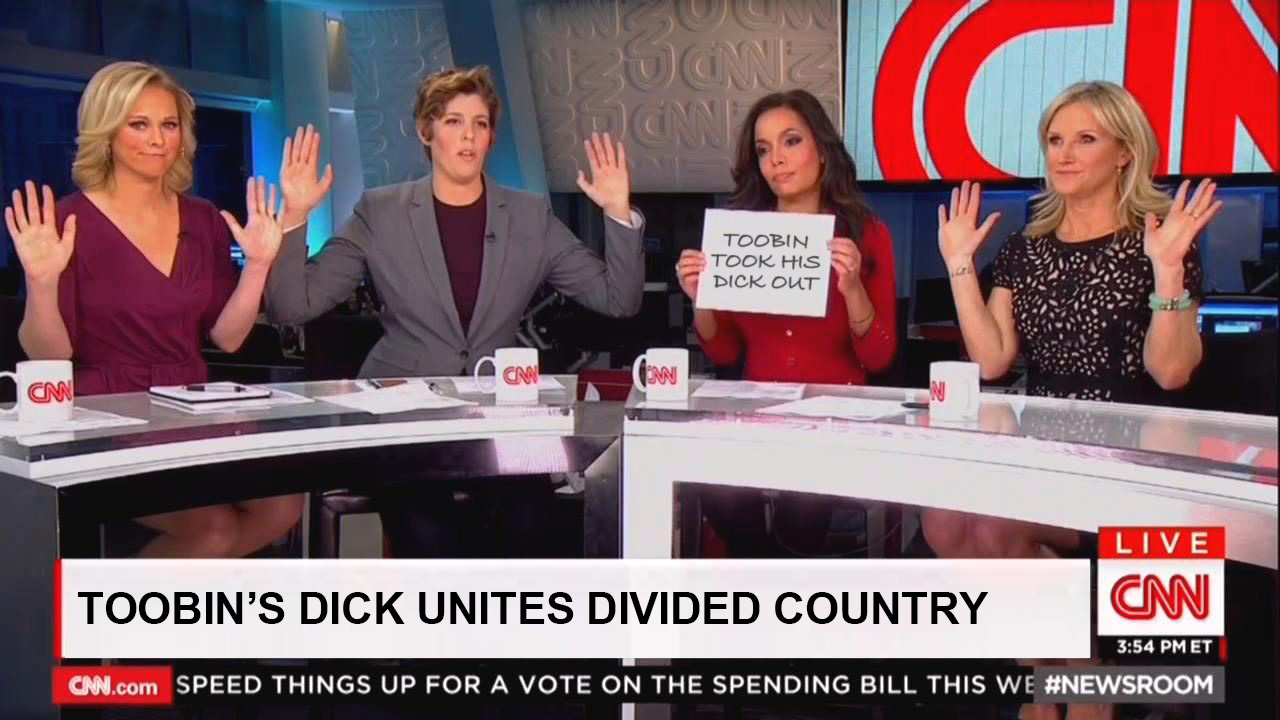 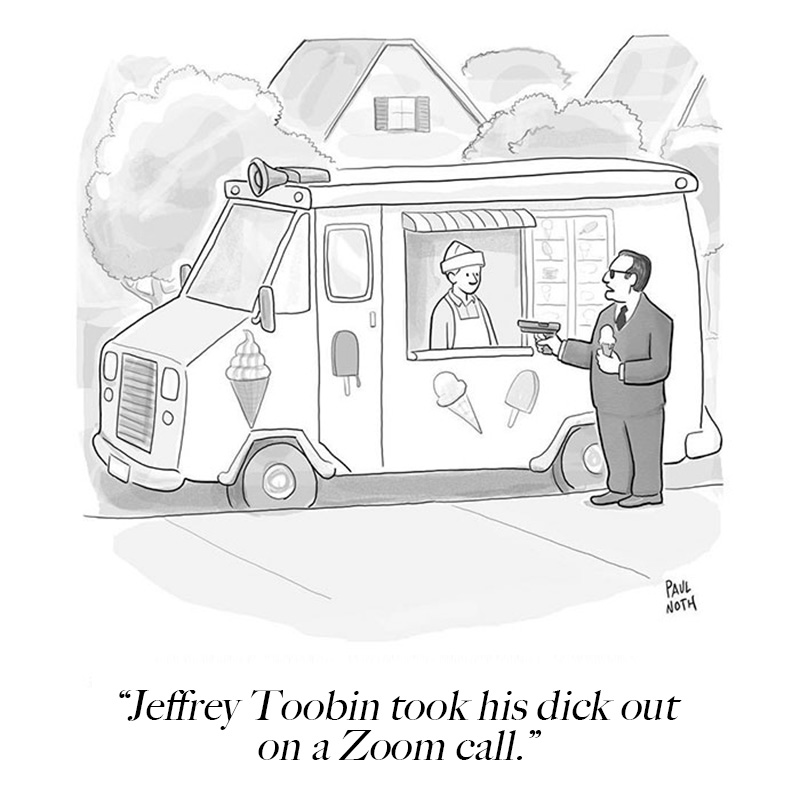 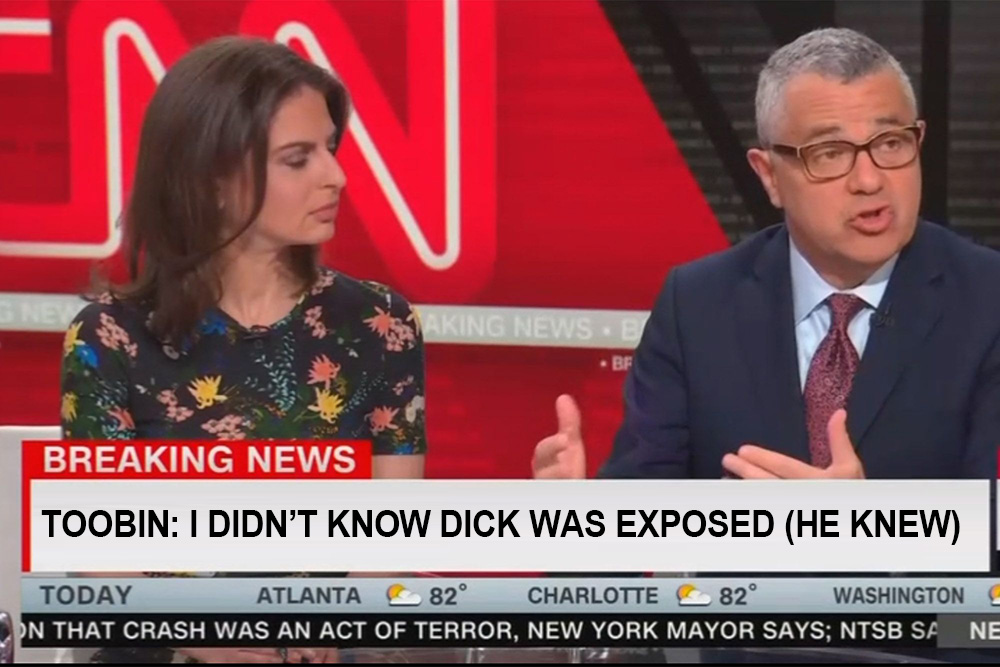 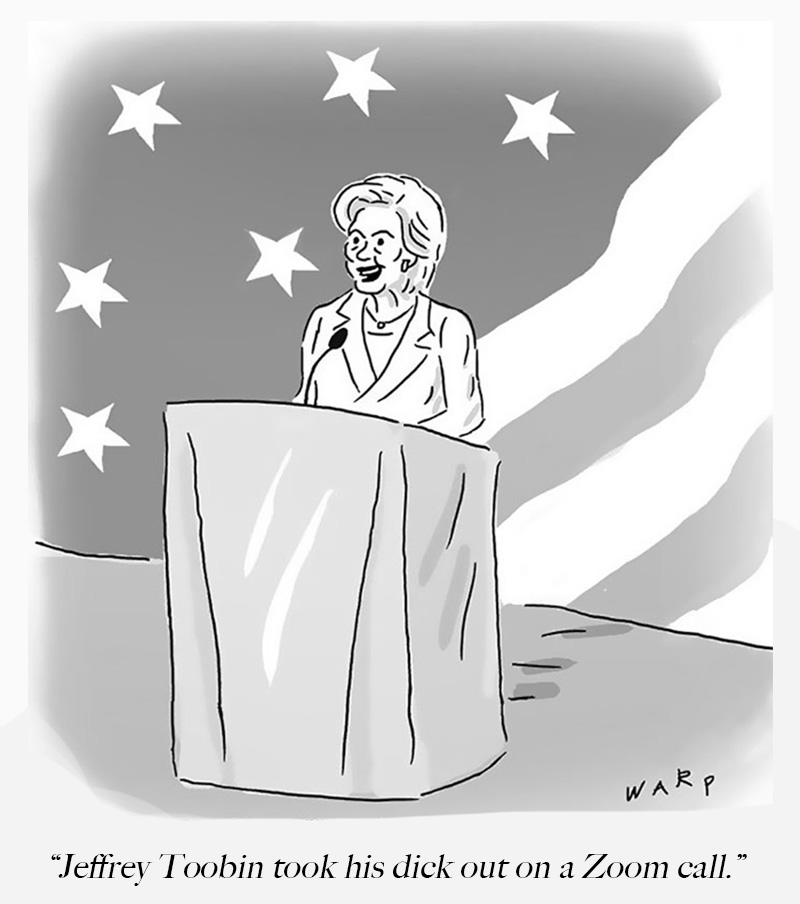 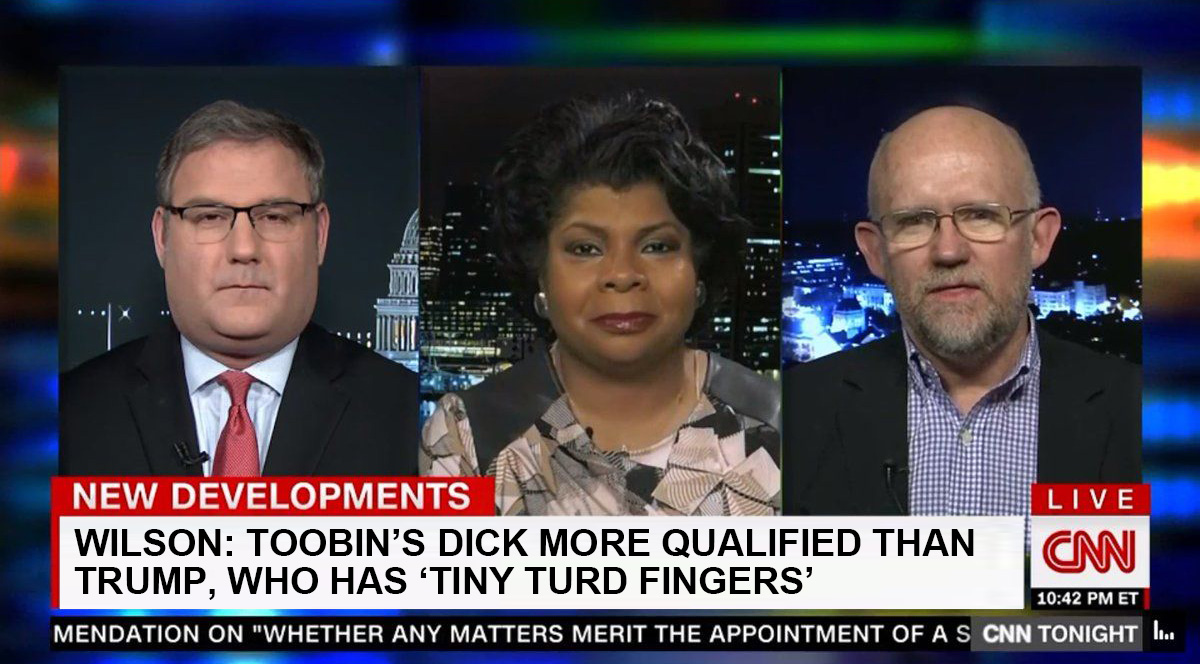 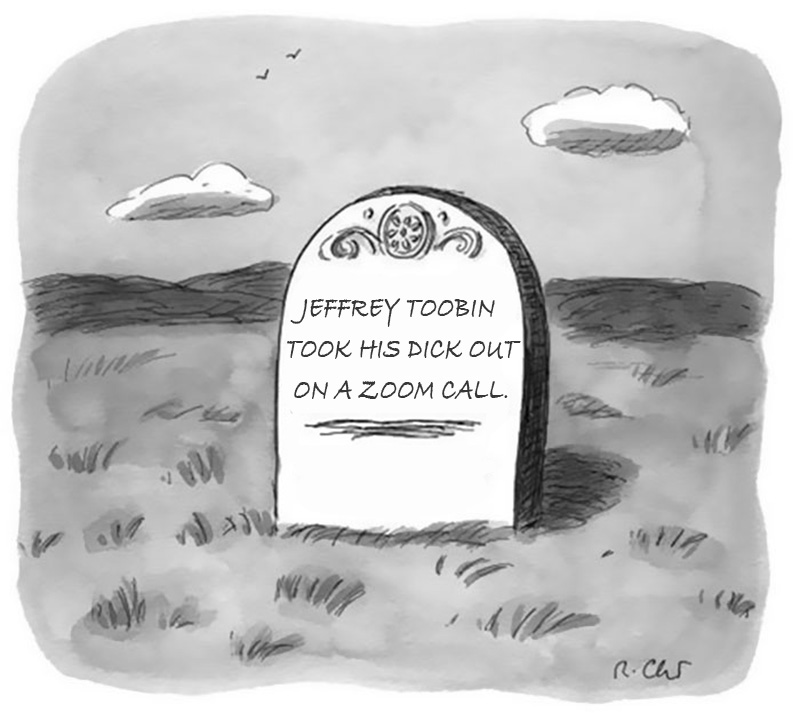 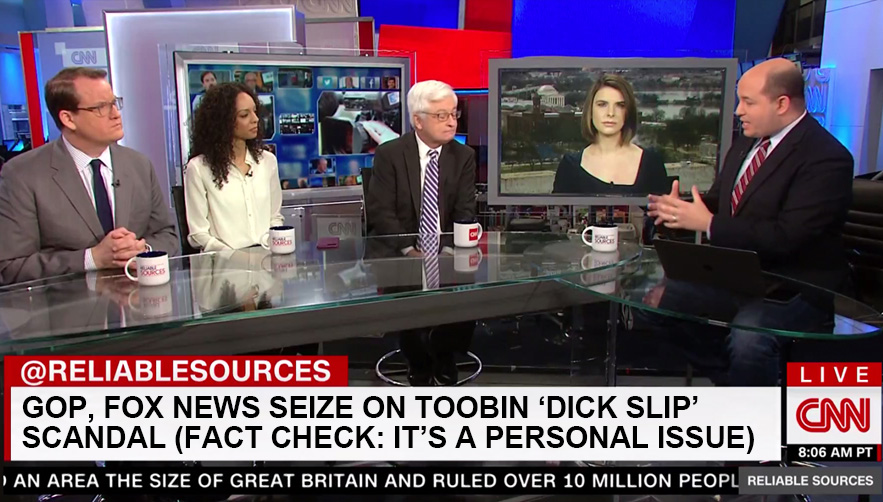