Cal Cunningham, the Democrat running for Senate in North Carolina, has a narrow campaign platform: He served in the military (as a lawyer), opposes corruption, and is pro-democracy. The millions of dollars he's receiving in outside campaign contributions, however, don't seem to bother him.

Cunningham says he wants to represent the people of North Carolina, not the "special interests that already have too much influence in Washington." But that didn't stop the candidate from launching his campaign in 2019 with the help of Schumer and donations from his wealthy New York friends.

As it turns out, Cunningham knows a thing or two about representing "special interests." In 2011, he worked as a lawyer for Southern Durham Development, which was trying to win approval for a $500 million luxury multi-use development project opposed by local officials and environmental groups.

The Super PAC went on to become the top spender in the 2012 county commission race, helping to elect friendly politicians who would go on to cast votes in support of the company's agenda. Cunningham personally lobbied on the project's behalf in Raleigh by reaching out to a contact in state government.

In 2019, a spokeswoman for Cunningham's campaign told The Intercept that the candidate "has no connection to this PAC," which ended operations in 2013, after successfully advancing its controversial interests. Her use of the present tense is odd—and telling.

Morgan Jackson, whom the Super PAC hired to provide "direct mail and compliance services," is a veteran political strategist now employed by the Cunningham campaign. Jackson also worked as a consultant on Cunningham's failed 2010 Senate campaign.

As a Washington Free Beacon handwriting expert noted, too, the handwritings on a Durham Partnership for Progress document, a 2011 Cunningham campaign financial disclosure, and a personal application for a historic preservation tax credit are all suspiciously similar. 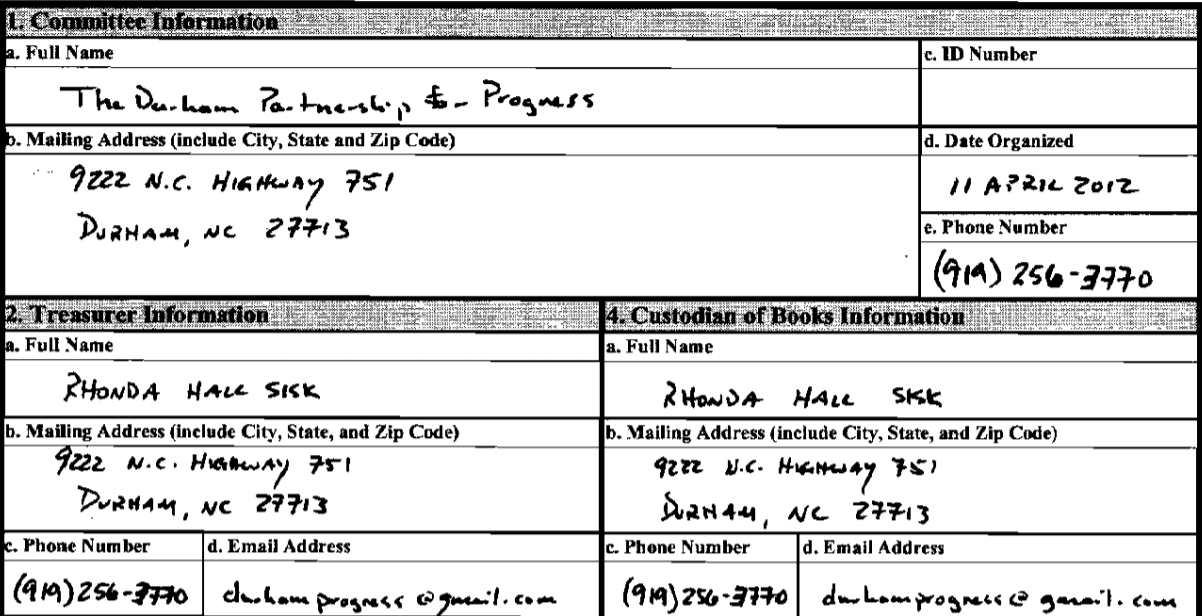 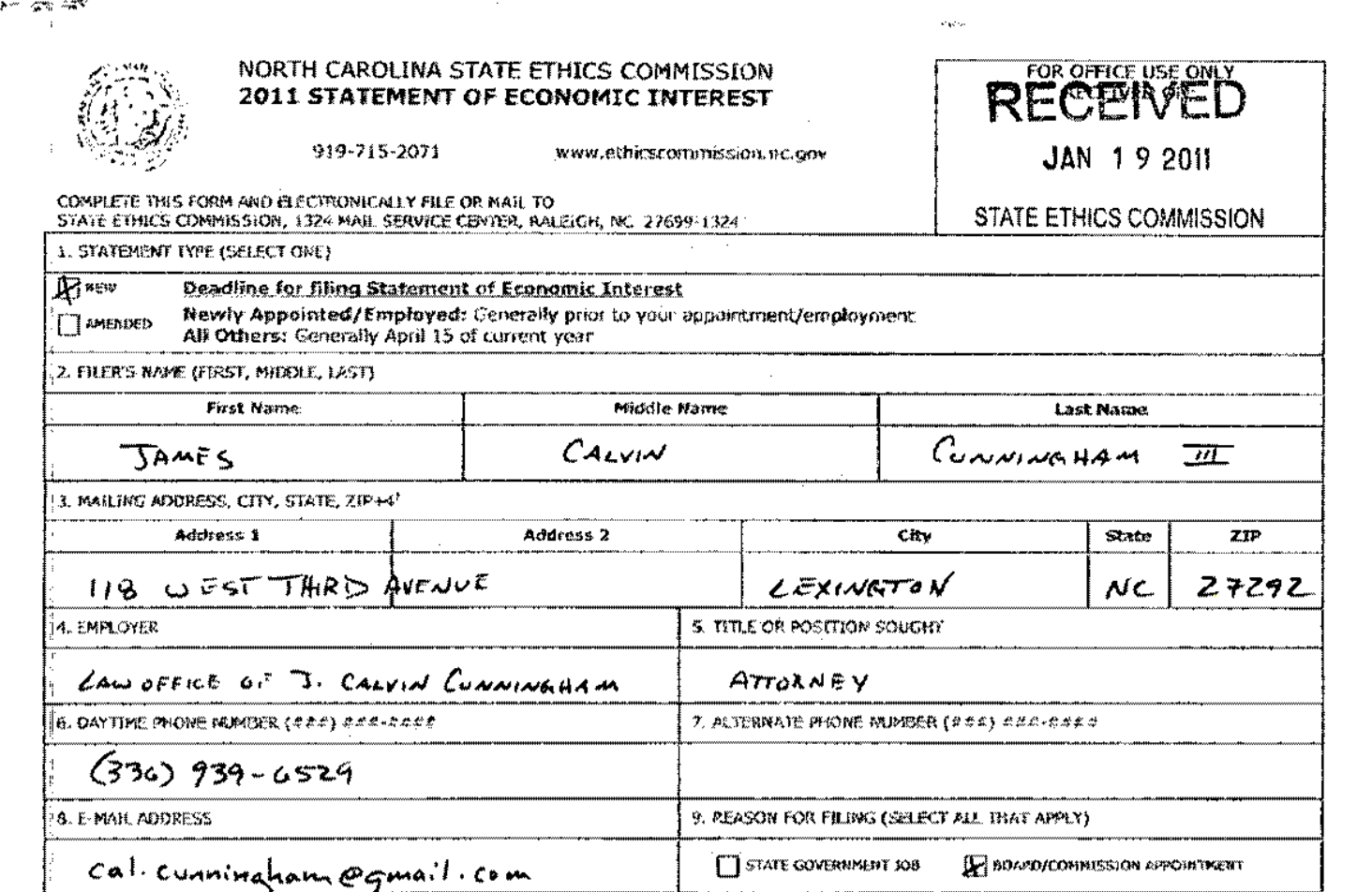 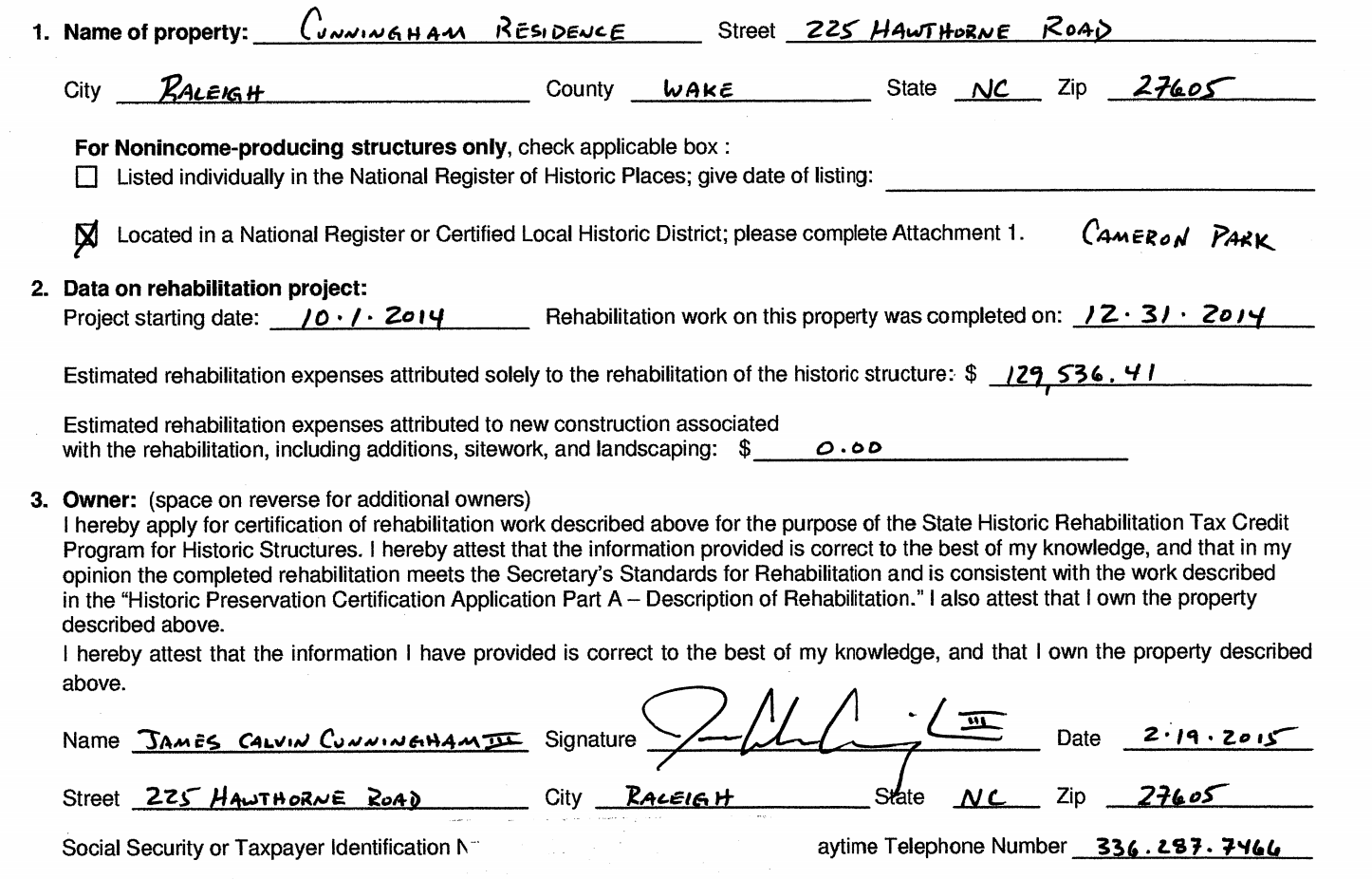 Democrats, who are constantly railing against the influence of money in politics, have a shot to retake the Senate next year, in no small part because of Super PAC spending for Cunningham and others. If they do, maybe they'll start passing new campaign finance restrictions. Probably not, though.