A feminist protest is forcing public schools in the Washington, D.C., area to close for a day, placing a "burden on parents."

Over 300 female teachers asked to take Wednesday off to observe the "Day Without a Woman" protest, which is being organized by leaders of the liberal Women's March.

Alvin L. Crawley, the superintendent of Alexandria City Public Schools, sent a letter to parents announcing that all schools will be closed on March 8. Crawley insisted the decision to close was not political, but necessary because of the number of teachers who would not be showing up to work.

"It has come to our attention that as of today, more than 300 staff members have requested leave this Wednesday, March 8," Crawley wrote. "Given the unusual high number of requests, this may be attributed to observance of International Women's Day. This day has also been deemed A Day Without Women."

Crawley said all public schools in the district will be closed for students, and Wednesday will be a teacher work day for staff. The day will be treated as a snow day that students do not have to make up because of the lack of weather closings and enough room on the calendar.

The superintendent said the unexpected closing would negatively impact parents.

"This is not a decision that was made lightly," Crawley said. "We have been closely monitoring requests for leave on March 8, including communicating with school leaders and our education association. The decision is based solely on our ability to provide sufficient staff to cover all our classrooms, and the impact of high staff absenteeism on student safety and delivery of instruction."

"It is not based on a political stance or position," he added.

"We understand that when schools close there is an impact on families, who may have to find unanticipated childcare," Crawley said. "We apologize for this unforeseen burden on parents and thank you for your patience and understanding."

Alexandria public schools will still be open for early childhood programs like Head Start, rec programs, and after-school activities. The schools will also continue to provide breakfast and lunch on Wednesday.

"Thank you again for your patience and understanding while we work this through," Crawley concluded.

A "Day Without A Woman" is scheduled for March 8. The Women's March, which led the vulgar protest on the nation's capitol the day after the inauguration of Donald Trump, organized the event.

The new protest is encouraging all women, and men who self-identify as women, to spend Wednesday blocking roads, "calling out misogynistic politicians," and shirking from domestic duties in solidarity against Trump.

"The idea is to mobilize women, including trans women, and all who support them in an international day of struggle—a day of striking, marching, blocking roads, bridges, and squares, abstaining from domestic, care and sex work, boycotting, calling out misogynistic politicians and companies, striking in educational institutions," the organizers said when announcing the protest.

The original Women's March was criticized for not being inclusive to trans women. Transgender activists said feminists donned in pink cat hats created a "dangerous space" with an "oppressive message" that "having a vagina is essential to womanhood."

Another public school district in North Carolina is also closing due to Wednesday's protest.

Like Alexandria, officials from Chapel Hill-Carrboro City Schools said the decision should not be seen as "an endorsement of the planned demonstration." 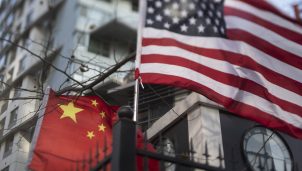 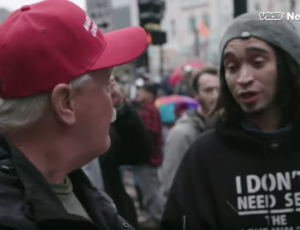 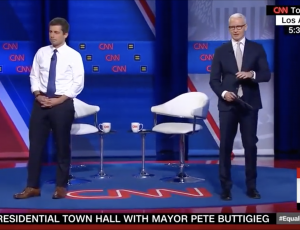