Reporter was aware of partisan activities, chose not to include them in report

A reporter with a New York NPR affiliate chose to ignore key information regarding the partisan nature of a town hall organized to target Republican congresswoman Elise Stefanik.

The nearly 2,200-word investigative piece published by NCPR last week examined a town hall from 16 months earlier on April 15, 2017, organized by four liberal activists who had "frequently protested" Stefanik in the district. The activists had been unable to get Stafanik to agree to one of their town halls—which at the time were being used across the country to lambaste Republican legislators on health care—so they devised a plan to hold a "non-partisan town hall," the piece explains. 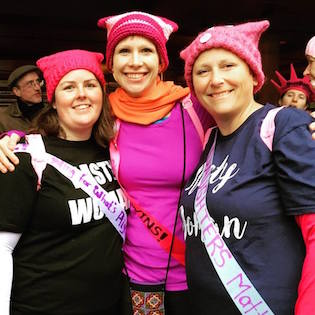 "They invited the congresswoman to what they described as a non-partisan town hall meeting in Canton on April 15," wrote author Lauren Rosenthal. "The group decided to look for an outside moderator who could keep the conversation on track and who was not involved in partisan politics themselves."

"We really wanted our moderator to be, number one, someone who was more neutral," Sara Schaff, the lead activist, is quoted as saying.

The group chose Lenore VanderZee, a SUNY Canton administrator, to be its "neutral" moderator.

Unmentioned in the piece is any examination of whether there was anything "neutral" about VanderZee, who was known by the reporter to have clear partisan leanings.

VanderZee's posts on social media show she had just months before the "non-partisan town hall" attended the anti-Trump Women's March, where she wore a "pussy hat" and held a sign proclaiming in Arabic, "Refugee rights are human rights."

In one of the pictures of VanderZee at the march she is joined by Anna Sorensen, who is currently serving as campaign manager for Stefanik's Democratic opponent Tedra Cobb.

The author of the piece told the Free Beacon NCPR was aware of the posts, but deemed them irrelevant to the piece. 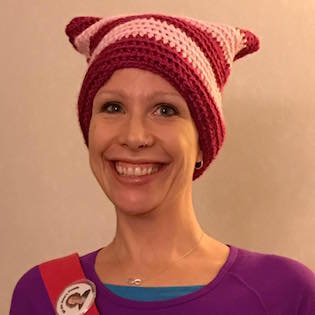 "We backgrounded Lenore VanderZee extensively, examining the Women's March photograph in its original context as well as some of the posts I think you're hinting at here," Rosenthal said in response to an email asking whether she was aware of VanderZee's social media posts.

"In the end, we're very comfortable with the story we published," Rosenthal said.

Rosenthal defended not mentioning that VanderZee was at the Women's March with Cobb's campaign manager.

"It was taken a year and a half before Anna Sorensen signed on as Tedra Cobb's campaign manager and about six months before Cobb announced she was running for Congress," Rosenthal said.

Cobb's campaign told the Free Beacon it did not work with NCPR on the piece and had no knowledge of it until it was published. The organizers of the event have actively supported Cobb's campaign against Stefanik.

Stefanik wouldn't have been able to attend the April 15, 2017, event whether VanderZee was neutral or not. Her staff had notified organizers that Stefanik would be out of the country with the House Armed Services Committee, but they chose to hold the event anyway.

Rosenthal attempts to show in the piece that Stefanik's staff pressured SUNY Canton to block VanderZee from moderating the event. Her piece is largely sourced to emails sent by VanderZee, who told the liberal organizers Stefanik's chief of staff was "essentially threatening SUNY Canton and our students with a lack of support from her office if I go ahead." 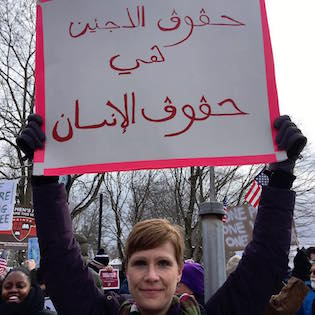 The only shred of proof offered to show SUNY Canton being pressured is an email from Stefanik's chief of staff to a university affiliate saying she was "not sure how productive it is for our relationship going forward."

One of the activists said this "sounded like Stefanik was threatening SUNY Canton and possibly the moderator's job there."

VanderZee moderated the event and no repercussions were felt by SUNY Canton, which said in a statement to NCPR that its "relationship with the congresswoman's office continues to be positive."

Stefanik's office said the accusation that it pressured SUNY is "absurd," that it maintains a positive relationship with the university, and has met professionally with VanderZee since the town hall.