Gov. Ralph Northam (D., Va.) applauded the removal last week of a statue of Confederate general Robert E. Lee in Richmond, as well as the copper time capsule placed inside the statue's pedestal more than 130 years ago.

"This monument and its time capsule reflected Virginia in 1890—and it's time to remove both so that our public spaces better reflect who we are as a people in 2021," the governor said. The old time capsule will be replaced by a new one curated by a committee of historians, educators, artists, and government officials. It will include several dozen items intended to reflect the prevailing wokeness of the time, such as:

• A poem written in braille; another titled "Post-Colonial Love Poem"

• An LGBTQQIP2SAA+ pride pin and sticker

• An expired vial of the Pfizer COVID-19 vaccine

• Photos and fliers from a "Stop Asian Hate" protest

• Minutes from a First Presbyterian Church meeting to approve the formation of a "dismantling racism" advisory group.

Northam's remarks came more than two years after nearly every prominent Democratic politician and organization, including the Washington Post, demanded his resignation when a photo from his medical school yearbook appeared to show the governor, whose nickname was reportedly "Coonman," wearing either blackface or a Ku Klux Klan robe. 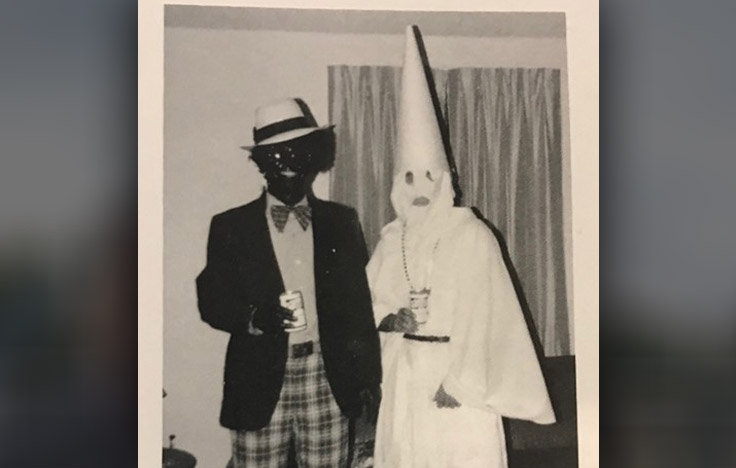 It is not known if the yearbook photo (or the NFT version thereof) was submitted for inclusion in the new time capsule, but it does not appear on the final list of selected items.

After initially admitting to being one of the individuals in the photo, Northam backtracked. He did, however, admit to darkening his face with shoe polish to appear as Michael Jackson during a dance competition. "I look back now and regret that I did not understand the harmful legacy of an action like that," Northam said at a press conference in February 2019. When a reporter asked whether he could perform the singer's signature "moonwalk," the governor appeared willing to do so until his wife warned that it would be "inappropriate."

As a Virginia-based enterprise, the Washington Free Beacon regrets not being asked to provide submissions for the blackface governor's updated time capsule. We humbly suggest the following items in an effort to accurately and holistically reflect the generalized derangement of these times:

• A transcript of then-vice president Joe Biden's speech in Danville, Va., on Aug. 14, 2012, during which he told the predominantly black audience that Republicans were "gonna put y'all back in chains"

• A Rolling Stone article titled, "A Rape on Campus," originally published in November 2014 and ultimately retracted after the allegations of gang rape against members of a University of Virginia fraternity were revealed to have been fabricated

• A Virginia Department of Education report that showed a decline of more than 20 points in math and science scores across Northern Virginia, where most students were forced to attend classes remotely during the 2020-21 school year

• A $285 cashmere sweater with "Cuomosexual" embroidering