Sen. Claire McCaskill (D., Mo.) was quoted on election night blaming the "f*cking Russians" for Hillary Clinton's loss, but a week earlier she was on CNN saying "it would be impossible to rig an election in the United States of America."

McCaskill's October 28, 2016, comments to Chris Cuomo came when most were confident Clinton would be victorious and Democrats were pressuring Donald Trump to say he would accept the election results.

"The notion that the most resilient and admired democracy in the world is now subject to election rigging is preposterous," McCaskill said. "Frankly, it would be impossible to rig an election in the United States of America."

McCaskill goes on to criticize Trump for "whining" and "making excuses" for losing.

Sen. Claire McCaskill: Donald Trump is "fact-free" and "it would be impossible to rig an election" in the US https://t.co/Yt6bTb034J

Now more than 17 months since the election it is Democrats who are still attempting to challenge the results in the courts. The Democratic National Committee filed a lawsuit against the Trump campaign for conspiring with Russia to defeat Clinton.

McCaskill's tune had already changed by election night, according to a new book by Michael Isikoff and David Corn.

The authors say McCaskill was heard by reporters blaming "fucking Russians" as it became clear Trump was going to come out on top.

"Can you believe this? The fucking Russians," she said, according to the book.

McCaskill now says she doesn't remember making the comment and that it wasn't her sentiment at the time. She has called the DNC's lawsuit a "silly distraction." 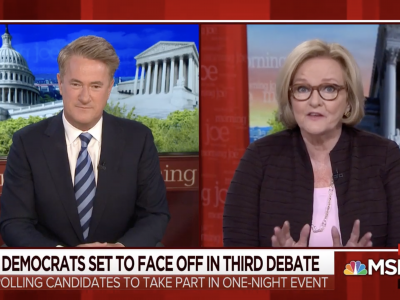 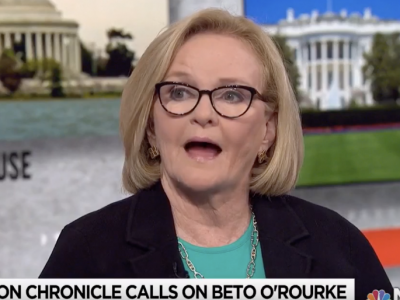