Two officials, including a former top aide to the Democratic mayor of Lawrence, Massachusetts, were indicted Tuesday, according to the Boston Globe.

Mayor William Lantigua’s former chief of staff Larry Degnan allegedly used his position in Lantigua’s office to compel a Lawrence trash company official to donate a garbage truck to a town in the Dominican Republic, where Lantigua was born.

Essex County Deputy Police Chief Melix Bonilla allegedly 'fraudulently transferred ownership of 13 motor vehicles that belonged to the Lawrence Police Department to an automotive sales agency with a close affiliation to Lantigua," according to the Globe.

Vice magazine recently suggested that Lantigua is "the most corrupt mayor in America":

Last week, he got married to his mistress, who was a City Hall secretary and one of the many people who got grilled by a grand jury over Willie’s shady dealings. And when I say 'shady dealings" I mean stuff like alleged bid rigging, suspicious out-of-state travel, illegal swapping of city-owned cars, and corruption and campaign finance violations.

Luckily for Willie under Massachusetts law the new Mrs. Lantigua doesn't have to tesitfy against him if he's formally charged with anything. It's her "spousal privledge" as his wife to refuse to testify, which probably had nothing to do with their eloping.

Lawrence is the poorest city in Massachusetts and the 18th poorest in the US.  The high school, which has a drop-out rate of over 50 percent, has been taken over by the federal government, there were almost 3,000 felonies in 2011.

Lantigua has ties to Democratic Massachusetts Senate candidate Elizabeth Warren, according to photographs obtained by the Washington Free Beacon. Warren visited Lantigua during a campaign stop in Lawrence February 23 and has been photographed with Lantigua at least three times since beginning her U.S. Senate campaign. 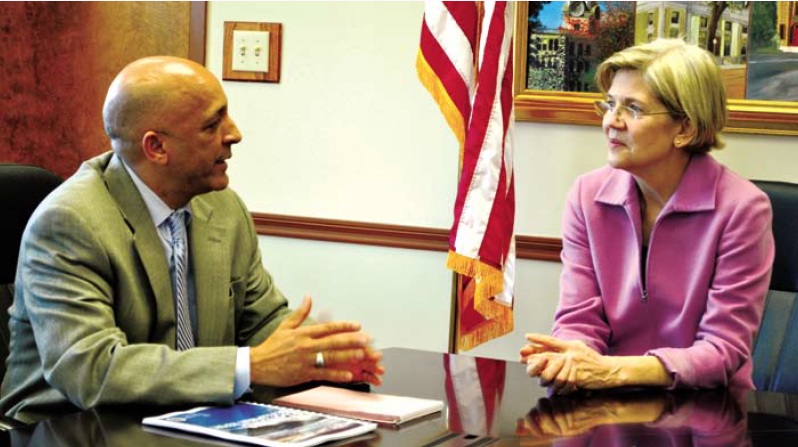 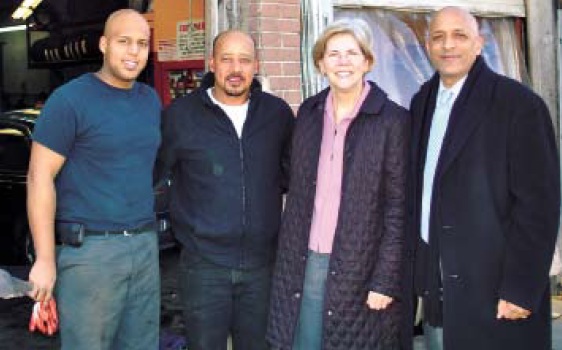 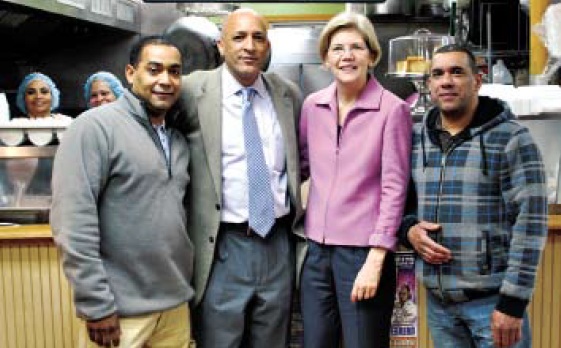 The Warren campaign has yet to comment on the scandal involving her supporter's staff.