Social media executives, including Twitter CEO Jack Dorsey and Facebook COO Sheryl Sandberg, attended the meeting to testify on how Russia used social media companies to interfere in the 2016 election and about the threat of foreign influencers using social media in the future. The committee left an empty seat next to the two social media executives to showcase Google's absence from the hearing.

"I am pleased that both Facebook and Twitter have sent their companies' top leadership to address some of the critical public policy challenges," Warner said. "I'd say, though, that I am deeply disappointed that Google, one of the most influential digital platforms in the world, chose not to send its own top corporate leadership to engage this committee."

It was reported that Google CEO Sundar Pichai and his boss, Alphabet CEO Larry Page, were invited to testify, but both declined. Google instead offered to send company lawyer Kent Walker, but the committee declined the offer.

"Because I know our members have a series of difficult questions about structural vulnerabilities on a number of Google's platforms that we will need answers for, from Google Search, which continues to have problems surfacing absurd conspiracies, to YouTube, where Russian-backed disinformation agents promoted hundreds of divisive videos, to Gmail, where state-sponsored operatives attempted countless hacking attempts. Google has an immense responsibility in this space," Warner added. "Given its size and influence, I would have thought that leadership at Google would have wanted to demonstrate how seriously it takes these challenges and to actually take a leadership role in this important discussion. Unfortunately, they didn't choose to make that decision."

Google has also refused to answer questions from Congress about whether it's working with the Chinese government on a censored search engine. 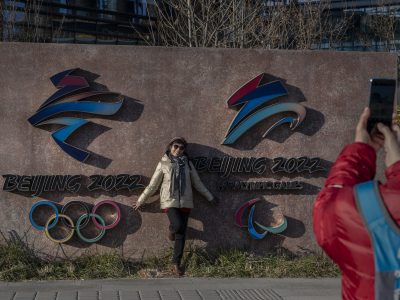