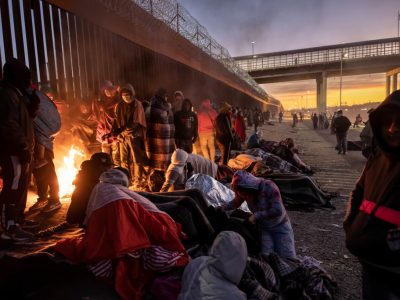 Trump: 'We Have Reached a Deal to End the Shutdown'

President Donald Trump announced Friday the partial government shutdown is going to end, as he and Democrats have come to an agreement to open it up until Feb. 15.

"I am very proud to announce today that we have reached deal to end the shutdown and reopen the federal government," he said from the White House Rose Garden.

Trump praised federal workers and celebrated the reopening of the government that has been closed since Dec. 22, reaching a record 35 days. Congress and the president had reached an impasse over funding for a wall along the southern border, which Trump said they would negotiate an end to with government fully functional again.

"In a short while, I will sign a bill to open our government for three weeks until February 15th. I will make sure that all employees receive their backpay very quickly or as soon as possible. It'll happen fast," he said. "I'm asking Senate Majority leader Mitch McConnell to put this proposal on the floor immediately. After 36 days of spirited debate and dialogue, I have seen and heard from enough Democrats and Republicans that they are willing to put partisanship aside, I think, and put the security of the American people first. I do believe they are going to do that."

Trump pointed out how Democrats have called for improving border security and challenged them to come up with a solution to build barriers by working with experts and law enforcement.

"They have said they are for complete border security and they have finally and fully acknowledged that having barriers, fencing, or walls, or whatever you want to call it will be an important part of the solution," Trump said. "A bipartisan conference committee of House and Senate lawmakers and leaders will immediately begin reviewing the requests of our Homeland Security experts—and experts they are—and also law-enforcement professionals who have worked with us so closely."

He also said many federal workers who were in a tough position with the shutdown but did not complain and "encouraged me to keep going because you care so much about our country and about its border security."

"Based on operational guidance from the experts in the field, they will put together a Homeland Security package for me to shortly sign into law," he added. "Over the next 21 days, I expect that both Democrats and Republicans will operate in good faith."