In Jewish custom, eating leavened bread is prohibited on Passover, but Rep. Rashida Tlaib (D., Mich.) shared a picture Friday with fluffy loaves of bread with the note "Happy Passover!"

She followed the U.K.'s left-wing Labour Party, which tweeted and quickly deleted a similar picture with bread and wine Friday, not acknowledging it was the start of the Feast of Unleavened Bread. Tlaib's picture is still up even after a helping of mockery and gentle correction.

"Tonight marks the beginning of Passover!" Tlaib tweeted. "To all our Jewish sisters and brothers, Happy Pesach! I hope it is a time full of joy and love with family and friends."

Tonight marks the beginning of Passover! To all our Jewish sisters and brothers, Happy Pesach! I hope it is a time full of joy and love with family and friends. pic.twitter.com/Ngs2OdIVrd

Like the Labour party, which recently had to insist it will deal with anti-Semitism in its ranks, Tlaib has a penchant for controversy related to anti-Semitism. Tlaib has met with anti-Israel radicals and defended fellow Muslim Rep. Ilhan Omar (D., Minn.) when she was under fire for her own anti-Semitic remarks, such as accusing Jewish groups of paying off politicians to get support for Israel. She wrote an op-ed in notorious anti-Semite Louis Farrakhan's publication Final Call in 2006, and she accused lawmakers who oppose the anti-Israel BDS movement of representing Israel over America. Accusations of dual loyalty are an infamous anti-Semitic canard. Tlaib replied to calls for an apology by saying she was talking about Republican politicians and not just Jewish people.

At publishing time Tlaib had not taken the tweet down or said anything about it, tweeting about various political matters in the ensuing days. Twitter is not without jokes and corrections for her tweet, however.

The Times of Israel reported on Labour's Passover tweet in an article that pointed out their ongoing problems with anti-Semitism.

"The UK Labour Party, already deeply embroiled in an anti-Semitism scandal, tried to reach out to Jews on Friday with a Passover greeting, only to have the effort compound its woes," the Times wrote.

Users on Twitter got screenshots of Labour's tweet before it was deleted, and it has a similar loaf of bread as Tlaib's image.

This is the Pesach graphic you get when all the Jews leave your party pic.twitter.com/rqbtN6E0Le 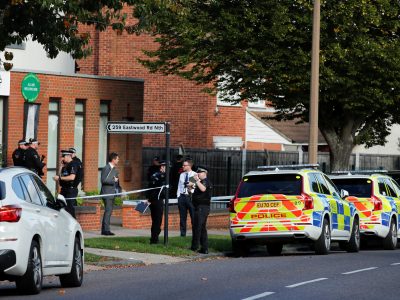