Speaker of the House Paul Ryan (R., Wis.) guessed on Tuesday that the Senate would pass its version of the American Health Care Act, the legislation repealing Obamacare, within the next month or two.

"The legislation should not take that long. Hopefully, it takes a month or two to get it through the Senate," Ryan told Fox News hosts on "Fox and Friends."

Passing the bill is urgent for Ryan, who stressed giving Americans "the ability to plan" and showing "insurers there's a better system coming," Politico reported.

"Stay in the market," Ryan said in an apparent message to insurance companies. Ryan's comment came after months of news that multiple health insurers would pull out of Affordable Care Act exchanges. 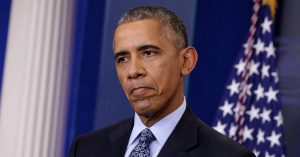 The House of Representatives passed an Obamacare repeal package last week, an effort that was years in the making after Republicans repeatedly pledged to undo the Obama-era legislation. President Trump celebrated the passage at the White House.

Ryan said he told Senate Majority Leader Mitch McConnell (R., Ky.) "the ball's in your court now" after his chamber passed its version of the AHCA.

Ryan was confident that the Senate would be able to resolve differences between House and Senate versions of the AHCA despite pushback from Senate Republicans. Some said they sought to create their own legislation to repeal Obamacare while prominent Republicans disapproved of the way the House passed its version of repeal. The House passed the AHCA without it ever being scored by the Congressional Budget Office.