Rob Flaherty, brought in to be digital director for O'Rourke's El Paso-based campaign, previously held similar roles for both the Democratic National Committee and Clinton's failed 2016 campaign. Since 2016, he has been creative director for liberal Super PAC Priorities USA.

He has also spent a good amount of time tweeting about the "Nazis" he believes are now in the White House under Republican President Donald Trump.

"Haven't really been down here since the Nazis took over," Flaherty posted on Twitter in April 2017 along with a picture of the White House.

Haven't really been down here since the Nazis took over. Not great! pic.twitter.com/9uSb7Q9mYO

It is unclear whether Flaherty believes Trump himself is a Nazi or just members of his administration. He has labeled both White House senior policy adviser Stephen Miller and former adviser Sebastian Gorka Nazis. He specifically called Miller a "small-ball Nazi."

The image of small-ball nazi Stephen Miller indignantly tossing $80 of uneaten sushi on the way back to the million dollar apartment his parents pay for will sustain me for weeks. https://t.co/wX8l70GQKh pic.twitter.com/jvoCO0ysSF

the joke here is that stephen miller is a nazi

PROS OF FIRING GORKA:
-He is a nazi
-He is dumb

CONS OF FIRING GORKA:
–
and yet they're still having trouble!https://t.co/rQTQRSUpwo

Flaherty's new boss O'Rourke has similarly made comparisons between the Trump administration and the Nazis, saying the president's immigration rhetoric is taken from the "Third Reich."

"Seeking to ban all Muslims, all people of one religion, what other country on the face of the planet does that kind of thing? Or in our human history? Or in the history of the western world? Because they are somehow deficient or violent or a threat to us? Putting kids in cages, saying that Neonazis and Klansmen and white supremacists are ‘very fine people'?"

"Now, I might expect someone to describe another human being as an infestation in the Third Reich," he said. "I would not expect that in the United States of America."

The Nazi regime murdered millions of innocent people during its reign, including over 6 million European Jews. 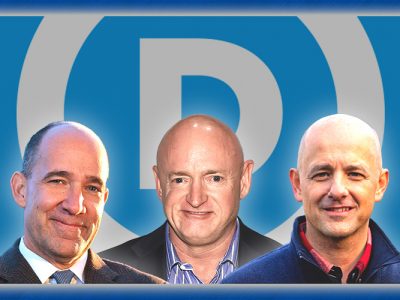