POLSON, Mt.—Voters in Montana aren't used to the level of attention they've been given by President Donald Trump and his closest allies, and many are hopeful it could get Republican Matt Rosendale across the finish line against two-term incumbent Democrat Jon Tester.

Trump made his fourth visit to Montana on Saturday, where a large crowd waited for hours to welcome Air Force One to an airstrip outside of Bozeman. He hit on the booming economy, the caravan approaching the border, and his fake news foes at CNN and MSNBC, but the rally was marked by the direct aim he took at Tester.

Trump's crusade to make Tester pay for sinking his nomination of Ronny Jackson to head Veterans Affairs is no secret.

"Tester might be a nice guy, except he tried to destroy Admiral Ronny Jackson, the most clean-cut wonderful person you'll ever meet," Trump told the crowd. "I've never forgotten it, that's why I'm here."

Tester has tried to present himself as a senator who could work across the aisle as he fights to win reelection in a state Trump won by 20 points. He's plastered the state with ads bragging of their areas of agreement. The effort was hampered by Trump, who said on Saturday he's never spoken a word to Tester.

"I've never met him," Trump said. "He's never called me, because he listens to Schumer. He has nothing to call me about, he will listen to whatever Cryin' Chuck tells him to do."

"Montanans understand why the president's so mad," Rosendale told the Washington Free Beacon on Friday before a campaign stop in Polson, a small lake-side town in the Flathead Indian Reservation.

"The people of this state will not tolerate character assassination and the politics of personal destruction," said Rosendale, who said Tester's effort to stop Jackson's nomination with unfounded accusations turned out to be a trial run for the more high-profile effort to stop Brett Kavanaugh.

"Jon Tester invented it with Ronny Jackson, and Dianne Feinstein perfected it when she went after Brett Kavanaugh," he said.

Voters appreciate Trump's efforts in Montana, and are hopeful it will help expose Tester's true record.

"I appreciate everything that Trump is doing, one thousand percent," said Kevin Gross, who's lived in Polson his whole life and turned out to see Rosendale on Friday. "Tester doesn't do anything at all to help Montana, everything he does is against us. He's not working across the aisle, never."

"I think Trump has come here more than all the other presidents put together," said Kevin Newmire, who traveled from Helena to Bozeman to see Trump on Saturday. "It really means a lot to Montanans, it's incredible."

"I've watched how Tester votes, and it doesn't agree with what I believe is right," said Ray Cackman, another Polson native. "I think it helps a lot that our president came here and is paying attention, that says a lot to me.

"Trump is popular here because he's very clear-cut and straight-forward," said Joy, also from the area. "We want to see somebody as frustrated with Tester as we are."

Rosendale says the visits by Trump both energize voters and convey the importance of the Montana race.

"You cannot replicate the energy that President Trump brings to the state," Rosendale said. "It also makes clear to the people of the state how critically important it is to expand the majority we have in the Senate and how strongly he feels that this is a state we can win."

Rosendale is trying to capitalize on Trump's popularity in the state and his ability to energize voters. He declared "Montana is Trump country" during Saturday's rally.

Trump also did his best to latch himself onto the Senate race.

"We'll never get Tester's vote, he'll always vote how he's told," Trump said. "You need a man who's going to vote for your agenda, and your agenda is Make America Great Again."

Trump is not the only Republican politician working to get Rosendale elected.

He was joined on the trail Friday by Sen. Mike Lee (R., Utah), who says Rosendale is his favorite new candidate running.

"Of all the races going on for the Senate right now, the new candidate I'm most excited for is Matt Rosendale," Lee said. "If you send Matt to Congress, we'll restore liberty in this country." He also joked that Rosendale "holds the record for the single human being responsible for the most presidential visits."

Lee said Rosendale came to his Senate office last year when he was considering his run against Tester. He came away impressed.

"When Matt came to my office to tell me he was thinking about running, I started asking him questions. He not only answered them, he knocked them out of the park."

For Brian and Deanna Becker, conservatives who didn't vote for Trump in 2016, Lee's endorsement is what won them over. The praise from the "liberty-minded" Utah senator convinced them that Rosendale deserved their family's support.

Though he wasn't initially sure he'd vote for Rosendale, Brian Becker knew he wasn't voting for Tester. He worked until recently as outreach coordinator for a local vet center, helping injured combat veterans get help from the state's elected officials. He said Tester's office was consistently the worst to deal with.

"When a veteran has an issue, they can go to any of the congressional representatives," he explained. "Tester's office got slower and slower to work with over the years."

He says his family has been amused seeing ads from Tester with veterans boasting of how helpful he's been to them.

"I know there are a lot veterans out there saying they appreciate Tester—I just saw that ad with the 10 guys praising him," he said. "Maybe those are the only 10 guys over the last eight years where he got something done."

Rosendale is confident he'll come out on top in Montana's Senate race, but it's not because of the recent attention the race is getting from national media outlets.

"I think the national media is just starting to pay attention," he said. "We've seen this enthusiasm and energy across the state for months, people within the state of Montana knew months ago."

"He's drifted too far away from Montana," he said. "If we keep this enthusiasm going and everybody turns out to vote, we're going to win."

The campaign will welcome Vice President Mike Pence for an election eve rally Monday in Kalispell. 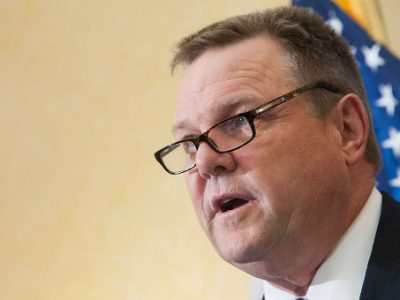 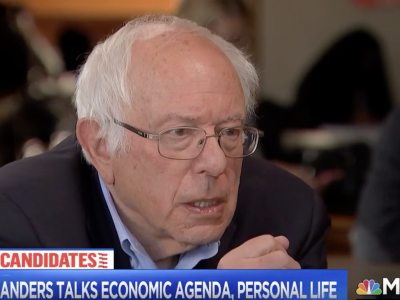