Patrick Butler is the president and CEO of the Association of Public Television Stations, or APTS. The mission of APTS, according to its website, is to conduct "advocacy, planning, research and communications activities" to make public television "strong and financially sound," a mission that led the New Orleans Times-Picayune to label him "one of Big Bird’s lobbyists."

Butler also leads the Public Media Association (PMA), a joint advocacy venture between NPR and APTS meant "to respond to the current federal funding crisis on behalf of public broadcasting," according to a NPR press release last year.

For 18 years, Butler worked at The Washington Post Company, rising to the position of senior vice president. He was responsible for public policy, among other things.

While working for the Post Company, he registered as a federal lobbyist, as he had been "spending a fair amount of time trying to secure passage of a federal shield law to protect the confidentiality of journalists' sources and keep journalists out of jail."

"I've got a group of very conservative congressmen I've been meeting with the past several months who have come to understand that there's … a constitutional basis for what we do," Butler told the Times-Picayune.

Butler’s office did not return a request for an interview.

To support the constitutionality of federal money for public broadcasting, Butler cited the government’s investment in post offices which, he said, were built "all with the intention of spreading knowledge as far as it can be spread."

Newsweek cited Butler claiming that cutting federal funding "would immediately cost you 21,000 jobs," though the magazine acknowledged his number "assumes every job at NPR, PBS, and their stations would vanish overnight."

"The federal investment in public broadcasting represents about one-hundredth of one percent of the total federal budget," Butler said in a statement after the first presidential debate. "Terminating this investment would have no effect on the federal budget deficit, but it would have a devastating effect on the essential services – in education, engaged citizenship, culture, public safety, and more – that public media provide to 170 million viewers, listeners, and learners, including children in low-income families for whom Big Bird and Company have been the lifeline to educational success for 40 years."

Butler has worked extensively for Republicans in the past, including Presidents Gerald Ford and Ronald Reagan.

In government service, Butler was special assistant to U.S. Senate Majority Leader Howard H. Baker, Jr. (R., Tenn) and consultant to the White House Chief of Staff during Baker’s service with President Reagan. Butler was also a speechwriter and associate editor of the White House Editorial Office for President Gerald R. Ford. He was chairman of the impeachment task force for U.S. Representative Lawrence J. Hogan (R., Md.), a member of the House Judiciary Committee during its consideration of articles of impeachment against President Nixon in 1974.

Butler was appointed by President Reagan and confirmed by the U.S. Senate to the National Council on the Humanities, where he served as chairman of the public programs committee for the National Endowment for the Humanities under chairman Lynne V. Cheney.

While his recent work has pitted him against Republicans, Butler insists that there is bipartisan support for Public Broadcasting. He told the Los Angeles Times in 2011, "I do think if there ever comes an up-or-down vote on public broadcasting itself, we'll wind up with a bipartisan majority in favor of continuing our funding." 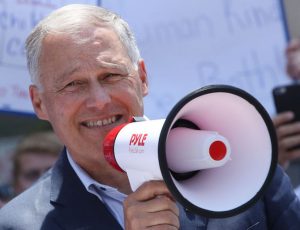