Several members of the media fell for a false story Sunday claiming that a new billboard advertising for Trump Tower Manila features an image of White House aide Ivanka Trump.

It all started when a Twitter user named Peter Brack posted an image of the Ivanka billboard and tied it to President Trump's recent decision to invite the Philippines' controversial president, Rodrigo Duterte, to the White House. The tweet went viral, getting thousands of retweets.

Assistant to POTUS models in an ad for POTUS's new Tower in Manila. President of Philippines just got WH invite. pic.twitter.com/zEDxTkGN17

The tweet got picked up and shared by prominent liberals and members of the media. 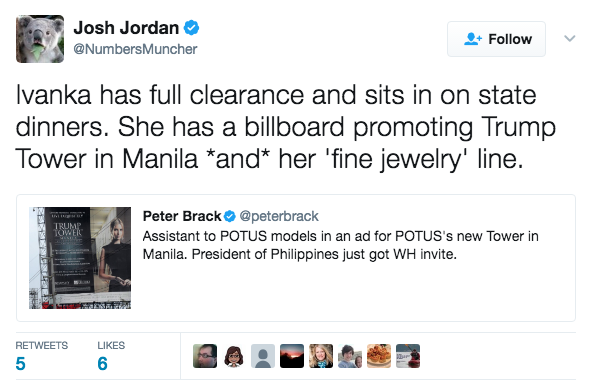 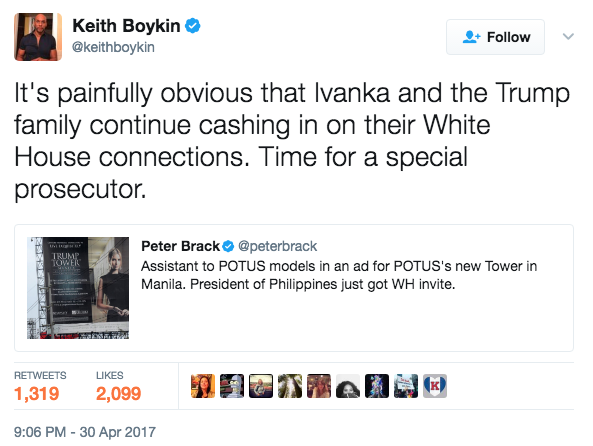 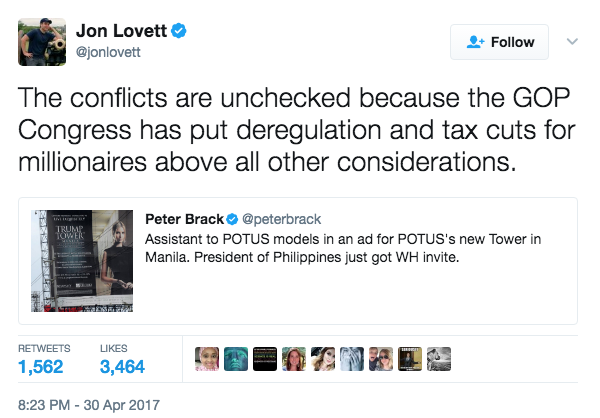 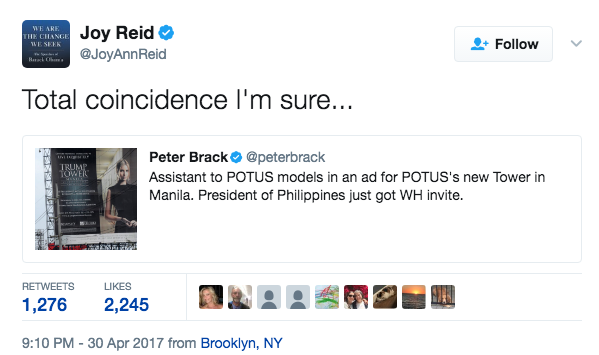 There's only one problem: the image shared was taken in 2012, and according to the Trump Organization, the billboard was taken down years ago.

"This is an old photo. The developer of Trump Tower in Manila has confirmed that this particular billboard was removed several years ago," a spokesperson for the Trump Organization told NBC News.

Arguably the most notable journalist to be taken in by the hoax was NBC's Peter Alexander. He originally tweeted that the photo was "NEW," before correcting himself the following morning and sharing the Trump Organization statement.