House Majority Leader Kevin McCarthy (R., Calif.) said on Thursday that Republicans "will be back" and will be on the offensive after losing the majority in the House of Representatives.

"We will be back because we will listen. We'll be on the offensive, we'll have solutions for problems, looking for the future, not for the past," McCarthy said on "Fox and Friends."

With current Speaker of the House Paul Ryan (R., Wis.) retiring from Congress, Republicans will need to elect a new leader. McCarthy announced his bid on Wednesday to become the next House minority leader.

Fox News anchor Steve Doocy asked McCarthy why he wants to lead Republicans in the next Congress.

"Well, there's lots of reasons why. I'll tell you first and foremost, we want to continue to move this country forward. What you found was history. History played against us. It wasn't a wave. It wasn't like in Barack Obama's term where we defeated 63 Democrat incumbents. They have a smaller majority than before. I don't think they ran on an agenda. Their agenda was mainly just to investigate. We're looking for more results," McCarthy said.

"The Democrats will elect the past. Think about that, Nancy Pelosi as speaker. Steny Hoyer is running … as majority leader; Clyburn will become their whip. That is the past. I mean that is the old, old past. They have all been in Congress 25, 30 years," McCarthy added.

"We have a few months of lame-duck session. What will happen there?" anchor Ainsley Earhardt asked. "There was talk about wall funding, that Republicans were going to try to push the wall funding through,"

"We still are in power and have to finish out this term," McCarthy said. "We know what we need along the border. We need to have it secure. No one believes the immigration system is working. It is broken. We watched the caravan come through. We had two bills on the floor that would actually change that; not one Democrat voted for that bill. Just like not one Democrat in the House or Senate voted for this tax bill that made this economy move forward."

"Our next goal is to win that majority back. I look where we lost it in the different districts like Oklahoma, in Richmond, Virginia, these are districts that were actually carried by President Trump," he added.

McCarthy also acknowledged host Brian Kilmeade's observation that Republicans did better than expected despite huge donations Democrats received from billionaires like Michael Bloomberg. He said the election was a "green wave" rather than a blue wave. 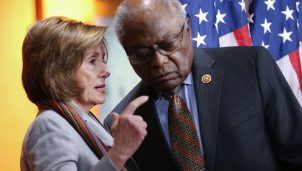 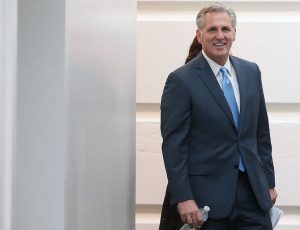 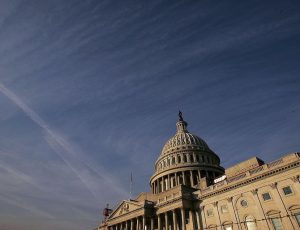 House Republicans Fight Back Against GOP Decline in Suburbs