The $2,800 contribution for the primary election is the maximum amount McBath can accept from the progressive actress. McBath also received a $2,200 donation from Fonda for her general election fund on the same day as the primary contribution.

Fonda has a long history of political activism, beginning with her protests against the Vietnam War. During the war, she traveled to North Vietnam and was photographed sitting in an enemy antiaircraft gun, earning her the nickname "Hanoi Jane."

Her activism continued for decades and her association with Democratic candidates such as 2004 presidential candidate John Kerry, dubbed a "Jane Fonda Democrat," was used as a political attack due to Kerry's dovish foreign policy positions and his association with the 1960s antiwar movement.

This is not the first time Fonda has donated to Democratic candidates in Georgia. In 2017, she contributed $2,000 to Jon Ossoff's failed bid in a special election for Georgia's 6th Congressional District. Osoff lost to Republican Karen Handel.

McBath defeated Handel in the 2018 general election for the seat. The first-term congresswoman, a former gun control activist, is considered to be one of the more vulnerable Democrats up for re-election in 2020 and has emerged as one of the top targets for the National Republican Congressional Committee (NRCC). Handel is one of a number of Republicans who have announced their intentions to challenge McBath in 2020.

While Fonda listed a Georgia residence on her contribution, the vast majority, approximately 70 percent, of McBath's contributions over the past three months have come from outside of her district.

One notable out-of-district contribution on McBath's most recent filing comes from actress Alyssa Milano, another activist actress known for her outlandish tweets against President Donald Trump and Vice President Mike Pence. Milano recently equated Pence to a Nazi general based on a picture of the vice president visiting immigration detention facilities near the southern border.

Milano, who this week announced she was attending a fundraiser for Democratic presidential candidate Marianne Williamson, donated $500 to McBath's campaign in late April.

In total, McBath raised over $650,000 over the past three months giving her campaign a significant advantage over any of her closest Republican challengers. Her campaign has nearly a million dollars on hand according to the campaign's most recent campaign finance filing. 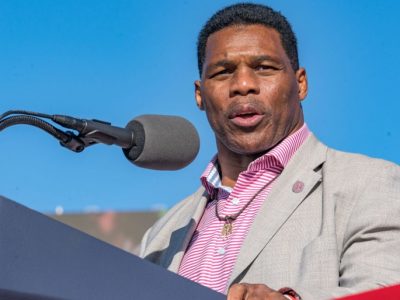