56 Percent of donations are coming from out of state; Soros family makes up nearly 20 percent of all contributions

Tom Perriello, a Democratic candidate for governor in Virginia, has pulled in a majority of his campaign contributions from donors who live outside the state.

The family of liberal billionaire George Soros has also donated nearly 20 percent of all of the money that has been given to Perriello's campaign.

Perriello has raised $2.2 million to date, with 56 percent of his donations coming from individuals who live in other states, according to data from the Virginia Public Access Project, a nonpartisan group that tracks money in politics.

George Soros, along with his two sons, have given hundreds of thousands to Perriello's bid for governor. Virginia does not put a cap on political donations.

The $385,439.52 from the three Soros family members equals nearly a fifth of all the contributions Perriello has received so far.

"Virginia voters are quickly learning that Tom Perriello is a hypocrite on multiple issues, including campaign finance," Jon Thompson, spokesman for the Republican Governors Association, told the Washington Free Beacon. "He bemoans big money in politics, but a large majority of his contributions come from far-left billionaires. He touts that his campaign is ‘people-powered' by Virginia voters, but most of his contributions come from donors outside of the Commonwealth."

"Virginians need a governor who they can trust to keep their word, but Perriello's campaign mantra continues to be "Do as I say, not as I do." Voters can't trust what comes out of his mouth."

Ralph Northam, Perriello's opponent in the Democratic primary, has raised $4.4 million to date. Almost 90 percent of his donations have come from Virginians.

Perriello is also garnering support from a number of politicians from outside Virginia including Sens. Bernie Sanders (I., Vt.) and Elizabeth Warren (D., Mass.), who both endorsed Perriello.

Perriello's campaign did not return a request for comment by press time. 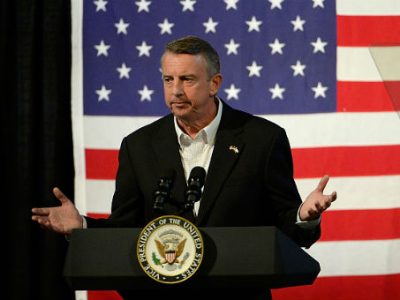 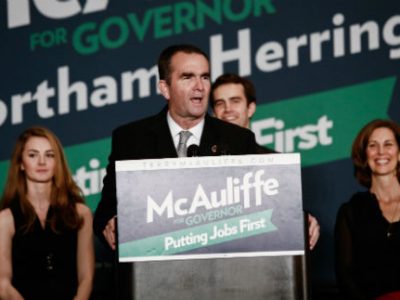 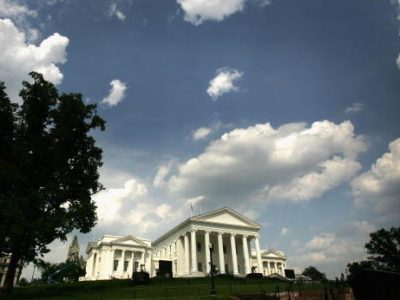 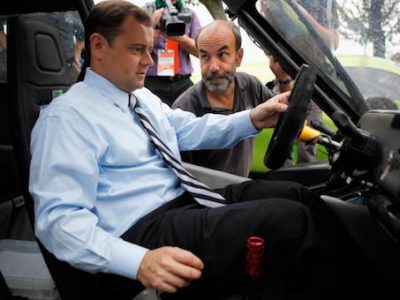