Edwards is currently in the final year of his first term as governor, and his use of the position to earn free media attention for his reelection campaign has been spotlighted by local press. Flight records reveal he has also used his access to the state helicopter to travel to campaign events.

On Sunday Aug. 18, flight records for the state-owned helicopter show it was used for a quick morning flight from Baton Rouge to Monroe. The governor and his wife were scheduled to attend a "Sunday Brunch with the Governor and First Lady" at the University of Louisiana-Monroe. 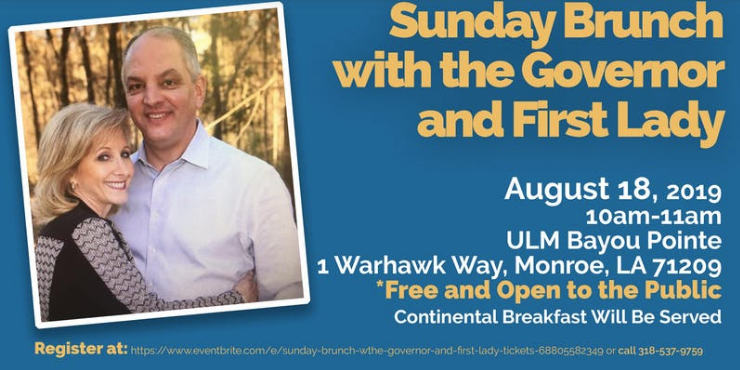 A photo posted from the event by an attendee shows Edwards sitting in front of a sparsely populated dining room next to screens showing both his reelection campaign's logo and its slogan, "People Over Politics."

The helicopter returned to Baton Rouge from Monroe that afternoon, flight records show. 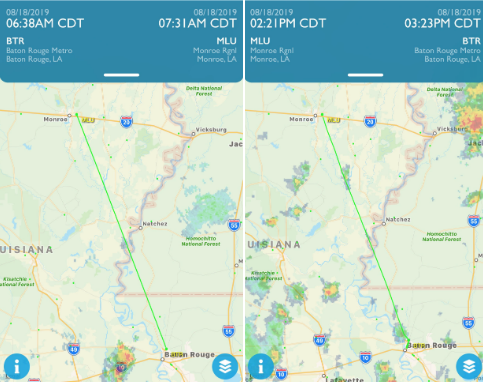 A spokesman for the Edwards campaign acknowledged the campaign event, but said the trip to Monroe was initially planned due to official business in the area.

"It was an event hosted by Representative Katrina Jackson, she asked him to stop by when we realized he'd have some time between official events," the spokesman told the Washington Free Beacon.

"That event was not [official business], but he had other official events both before and after," the spokesman said. "He just stopped by when he had a little downtime."

The spokesman said the official business consisted of "visits with faith leaders" and a "meeting with the mayor and legislative delegation to discuss issues facing northeast Louisiana."

"The governor does not use the state helicopter unless he is traveling to an official event," the spokesman said.

Jackson, a state representative of Monroe, told the Free Beacon she organized the event for Edwards to meet with constituents after learning that he would be traveling to the area to visit churches.

Use of state helicopters has come under scrutiny in the past due to the significant costs for even short trips.

The Advocate, a Baton Rouge-based outlet, reports that Edwards's predecessor in the governor’s office, Republican Bobby Jindal, "was criticized for his frequent use of state helicopters to attend church services in northern areas of the state, in part because the helicopters cost hundreds of dollars an hour to operate."

Edwards mixing campaign activity with official business is nothing new.

The Free Beacon reported earlier this year that Edwards fundraised extensively on a trip to Los Angeles that was presented to voters as a business trip intended to attract the film industry to Louisiana. His campaign covered much of the travel cost, but taxpayers ended up footing the bill for the Louisiana State Police to provide security on the trip.

Edwards's ability to use his official position to boost his reelection campaign was characterized as his "secret weapon" earlier this month by the Advocate, which showcased interviews Edwards did on an official trip to visit with Drew Brees at New Orleans Saints training camp.

Edwards pushed back on the characterization, saying he is simply carrying out his normal duties.

"Am I supposed to stop being governor because I'm running for reelection?" he said. 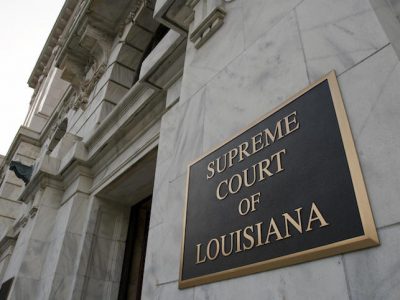