HuffPost deleted a blog post Monday that claimed President Donald Trump spend tens of thousands of dollars in 2016 to boost posts on Reddit.

"It Wasn't Just the Russians That Made Trump Win," HuffPost contributor Shakir Akorede wrote on Sunday. Akorede alleged that "a private source from Trump's campaign has leaked an invoice from Oak Park Alliance, a high-profile marketing agency specializing in digital marketing."

The "leaked" memo purported to show Trump paying $30,000 in September to push 30 submissions from the The_Donald subreddit to the front page of Reddit, where the campaign could receive greater visibility. The memo also purported that the Trump campaign paid thousands of dollars to downvote anti-Trump posts and write pro-Trump comments.

Akorede claims in his blog post to have contacted Oak Park Alliance, but did not say how. "When contacted, they stated quite openly that they are able to manipulate any online platform by controlling public conversations," he recounted.

The accusation quickly caught fire on Reddit. "Proof has just come out that Trump's campaign team manipulated Reddit through a marketing firm to get front page posts," read the title of the discussion on anti-Trump subreddit r/Fuckthealtright, which racked up a whopping 21,000 upvotes.

But there is no public record of an Oak Park Alliance receiving a disbursement from the Donald Trump campaign in October 2016. What's more, the memo misspells the name of the campaign (omitting the "for" in Donald J. Trump For President, Inc.) and only gives a P.O. box address for the Oak Park Alliance.

For a supposedly "high-profile marketing firm," there is also no evidence of Oak Park Alliance's existence outside of its barebones website, which was registered in 2014 and updated a week before the HuffPost blog post went live. The website was registered by Domain Protection Services, a service that registers domains on the behalf of clients who want to keep their identities anonymous.

The HuffPost blog has since been taken down. "This was a self-published post on our contributors platform that included unverified assertions, and our editors removed it as soon as it came to our attention," a spokesperson told the Washington Free Beacon in a statement. 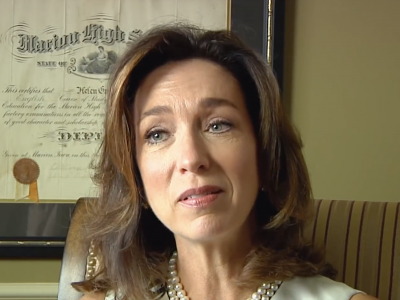