The man who shot five people at a Republican congressional baseball practice Wednesday morning appears to be a diehard liberal, judging by social media accounts under his name.

Both accounts show enthusiastic support for former Democratic presidential candidate Bernie Sanders and a deep loathing of President Donald Trump and other Republicans. 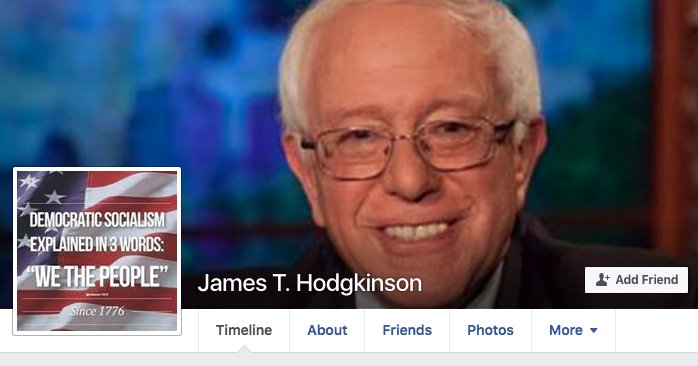 "Trump is a Traitor," reads one March posting. "Trump Has Destroyed Our Democracy. It's Time to Destroy Trump & Co." 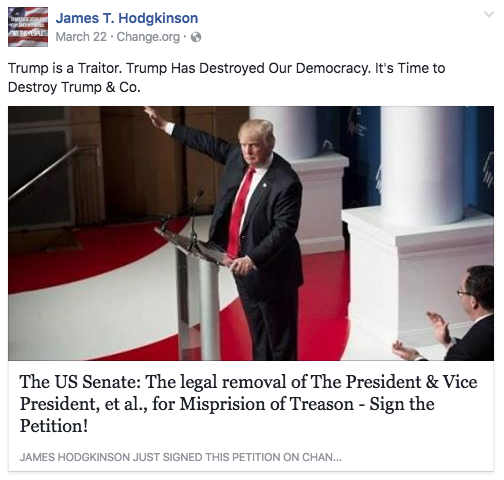 Hodgkinson elsewhere declared Trump, members of his family, and other GOP politicians as "traitors." "This Country Could Do With One Less Republican," he wrote in an April post.

The 66-year-old shooter once accused Republicans who supported the GOP health care bill of trying to kill fellow Americans. "I Hope [Republicans] Have a Few More that Actually Like Americans & Don't Want to Kill Them," he wrote.

Republican Congressmen Ron DeSantis and Patrick Meehan have both told reporters that before the shooting, a man approached them and asked whether they were Republicans or Democrats.

Sanders himself confirmed that Hodgkinson was a campaign volunteer after his social media posting went viral. "I condemn this action in the strongest possible terms," he said in a statement.

NEW: @SenSanders set to deliver stmt on floor. Was informed shooter apparently volunteered on campaign, is "sickened by this despicable act" pic.twitter.com/mHEhHwRhby