Washington, D.C.-based political newspaper The Hill announced Tuesday it would not be participating in future White House Correspondents' Dinners, saying this year's event cast a poor image of the industry.

The Capitol Hill mainstay made its announcement days after host Michelle Wolf gave a comedy routine that was criticized by conservative and mainstream journalists alike for its vulgarity and hostility towards White House press secretary Sarah Huckabee Sanders.

"The Hill, which has participated in the White House Correspondents' Association (WHCA) dinner for many years, is not planning at this time to participate in the event moving forward," the paper's chairman, James Finkelstein, announced in a letter to the WHCA.

"In short, there's simply no reason for us to participate in something that casts our profession in a poor light. Major changes are needed to the annual event," he continued.

Finkelstein cited the fact that Wolf's routine was so offensive and vulgar, C-SPAN was forced to suspend its radio broadcast for the first time in the history of the event.

He did write The Hill would continue to contribute to the WHCA scholarship fund, and hinted it might be willing to return to the event after "major reforms." The dinner, he wrote, "must be non-partisan and done without hostility and personal animus towards the party that occupies the White House – regardless of who is in power." 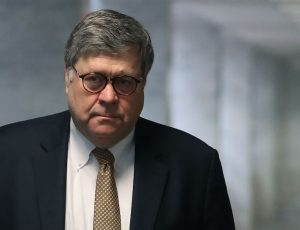