The brother of Sen. Heidi Heitkamp (D., N.D.) dug for dirt in divorce papers of a conservative blogger often critical of his sister, part of an apparent effort to get a state outlet to remove his platform.

Joel Heitkamp, a former politician himself who now hosts a daily morning radio show, revealed his sleuthing effort last Friday night when he wrote on Twitter that he "found" the divorce papers of Rob Port, a fellow state radio host who runs the Say Anything Blog, which had just reported that only 9 percent of Sen. Heitkamp's contributions had come from North Dakotans.

The piece of information pulled from the divorce papers was that Forum Communications, a local news outlet, was paying Port $71,000 a year for his commentary.

Joel Heitkamp didn't respond to inquiries into how he came upon Port's divorce papers, but his intentions were revealed in his Wednesday column focused on Port's "obsession" with his senator sister and who was paying Port for his work.

"Recently, it became possible to find out who was paying Port," Heitkamp wrote, without disclosing in the column that it became possible by obtaining his divorce papers. "It was Forum Communications. They are paying over $71,000 for this part-time employee to carry that water."

His criticism that Forum is out to get his sister appears to be misguided—a week ago Forum columnist Mike McFeely, who labels himself "left of center," was critical of Port's focus on Sen. Heitkamp. McFeely questions whether Rep. Kevin Cramer, the Republican challenging Sen. Heitkamp, was paying Port—a question that perhaps prompted Joel Heitkamp's look into the source of his income a few days later.

Port responded in the Forum on Sunday, criticizing McFeely for "floating the scurrilous idea that I might be paid off by Republicans."

He defended his criticism of Heitkamp as "sound," pointing out that the criticism rarely has to do with the content of his work but rather the volume of it.

"You'll notice that the bulk of the criticism of my coverage of North Dakota's U.S. Senate race is not focused on what I'm writing. There are few rebuttals offered for the points I'm making. Rather, we are being treated to tantrums from people who are upset that I'm writing anything at all."

Port also pointed to the hypocrisy of this criticism coming from a gainfully employed member of the media related to a sitting senator.

"Hilariously, there seems to be little concern from my critics about the senator's brother operating a Fargo-based radio station as a de facto campaign headquarter," he wrote.

Sen. Heitkamp is often a guest on her brother's show and has even used it as a place to level attacks at Port. In March, she went on the show and said Port was a "snowflake," an attack he welcomed.

"As a blogger, columnist, and talk radio host it's not at all bad for business to be in a feud with a sitting U.S. Senator," he wrote in a post on her decision to "punch down" at a blogger on her brother's show.

Sen. Heitkamp's office did not respond to an inquiry into whether she agreed with her brother's decision to obtain Port's divorce records or if she knew about it.

The Forum also did not respond to a request for comment on Joel Heitkamp's accusation that it was paying Port to "carry water" for Republicans. 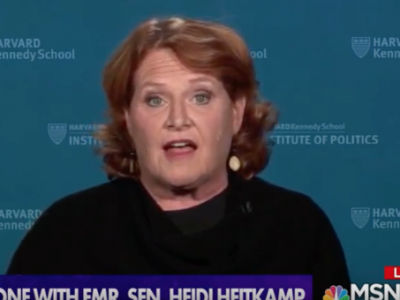 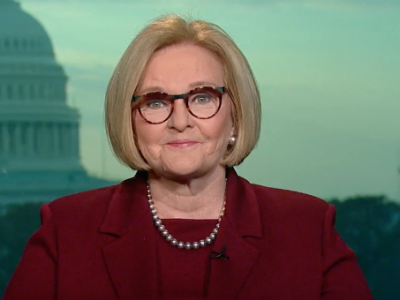 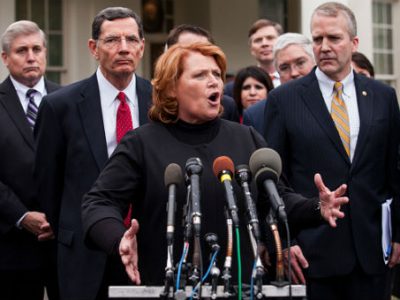 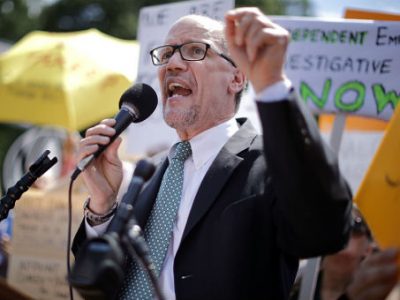 Perez: I ‘Respect’ Manchin’s Vote for Kavanaugh, Even Though I Disagree 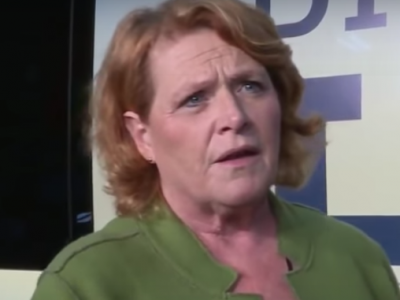 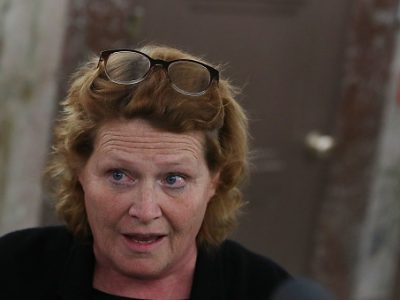 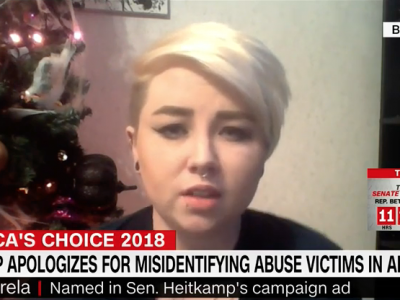