Sen. Josh Hawley (R., Mo.) fired his latest volley against big tech Thursday with a bill to compel YouTube and other video providers to do more to protect children from sexual predators.

The Protecting Children from Online Predators Act would explicitly prohibit video-hosting websites from having their algorithms recommend videos that feature minors, although such videos could still appear in search results.

"Professionally produced" videos, "like prime-time talent-show competitions," would be explicitly exempted, according to details provided by Hawley's office.

Hawley's proposal follows reporting from the New York Times that highlighted the prevalence of disturbing, sexualizing writing in the comments associated with otherwise innocuous videos of children. According to the Times, YouTube's recommendation algorithm demonstrated a predictable tendency to refer users searching for semi-pornographic content to such videos, indicating that it may have automatically learned to make such recommendations from the search habits of pedophiles perusing the site.

While YouTube is aware of the problem, and has disabled comments on videos of children, it told the Times that it would not remove videos of children from recommendations, even though it ostensibly has the ability to algorithmically identify such videos. This, the site said, would hurt "creators," who rely on clicks to drive ad revenue.

"Every parent in America should be appalled that YouTube is pushing videos of their children to pedophiles," Hawley said. "It's equally outrageous that YouTube refuses to take the most effective step necessary to fix the issue. I'm proud to announce this legislation to force YouTube to do the right thing and place children's safety over profits and pedophiles."

The Times reporting is the latest illustration of YouTube's moderation problems. Wired covered the same phenomenon in February, as part of the outlet's broader coverage of YouTube's struggles with content moderation. And as far back as 2017, commentators were shocked by the disturbing content being served to children through the site's allegedly child-safe portal.

Hawley's bill would impose "penalties and stiff fines" on YouTube and other sites that fail to remove children from their recommendations. But, given that such decisions are made by algorithm rather than by individual YouTube moderators, it is quite possible that the site would be unable to fully comply, and thus face consequences.

Hawley's bill is yet another component of the freshman senator's public criticism of tech giants. He first attracted attention during a much-publicized back-and-forth with executives of Google during a Senate hearing. Since then, he has worked across the aisle with Sen. Ed Markey (D., Mass.) to propose changes to the Children's Online Privacy Protection Act and to introduce a bill banning "loot boxes" in video games targeted at children, a feature that Hawley claims amount to allowing children to gamble. 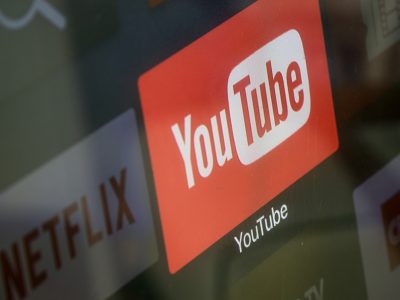 YouTube Censors Video of School Board Meeting on Mask Mandates