Saccone and Trump Jr. tour candy shop that gave out 80 new jobs thanks to tax bill

The success of the tax reform bill, which passed without a single Democrat vote, is one of the biggest points of contention in Pennsylvania's hotly contested special election between Saccone and Democrat Conor Lamb, who has sided with Republicans on many issues but never budged on tax reform. Former Vice President Joe Biden called the tax cuts "obscene" during a campaign event with Lamb last week.

But at Sarris Candies the tax cut allowed for it to significantly boost its staff, which was on full display as a company official led Saccone, Trump Jr., and a large throng of reporters on a tour through the factory, which was converted from the old Sarris family home nearly 60 years ago.

"This place had 400 employees and they added 80 new full-time employees since tax reform passed," Trump Jr. said as he ate a bowl of Sarris's apple pie ice cream. "That's 20 percent in a few months."

Jamie Sarris, who runs the business with her husband Bill, said the tax legislation was "for sure" the reason it was able to make such large strides this year. She said she is supporting Saccone because Trump needs all the Republican help he can get in Washington, D.C.

"I just think President Trump has done such an incredible job," said Jamie Sarris. "With how divided things are over there, he needs a Republican to help him get things done."

Trump Jr., who happily ate all the chocolate and ice cream thrown his way by employees, echoed the message his father sent on Saturday night, saying Lamb was "pretending" to be someone he's not and will vote with Nancy Pelosi every time if elected.

His biggest concern going into Tuesday's election and also as the 2018 midterms approach was making sure the voters who got his father elected by coming out to vote don't get complacent.

"I think the biggest thing is all the Trump supporters who see what's happening and the winning," Trump Jr. said. "They have to stay in the game."

"This can all go away—all the victories, all the common sense, all the things that have finally been infused back into government—that can all go away very quickly if we just sit on our laurels and don't get out there and do it again," he said. "The other side, all they have is hate."

Asked whether he was concerned about recent polling showing the race trending toward Lamb, Saccone said he wasn't because of what he has been hearing from voters.

"I'm a walking poll," Saccone said. "My wife and I meet thousands of people every day."

He also fought back against the strong support the United Mine Workers of America labor union gave to Lamb on Sunday, criticizing its leadership for endorsing candidates in the past that have worked to "kill the coal industry."

"I talk to hundreds of coal miners every day, they're all enthused about what's going on with this administration," he said. 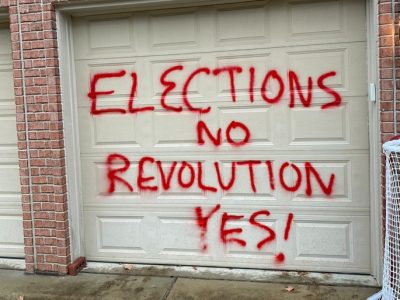 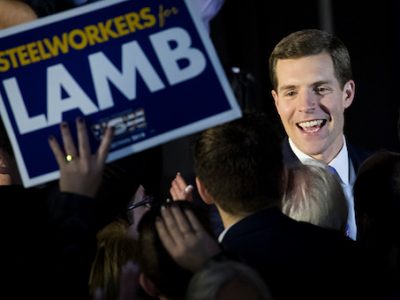