The email follows decisions by Democratic groups to pull advertisement buys in the state, as polls have shown Portman widening his lead over Strickland, a former governor and congressman.

"Democrats have a great chance at retaking the Senate this year, but only if we win some key races," the email, sent Wednesday and paid for by Brown’s campaign committee, reads. It directs supporters to click on links to "contribute to battleground senate races right now."

The message highlights the "critical" races in Arizona, Illinois, Florida, and North Carolina in which the Democratic candidates face incumbents "getting lots of help from right-wing special interest groups." The email does not mention the Ohio Senate race or Ted Strickland, whose own fundraising emails have repeatedly highlighted the large amounts of money being spent against him by outside groups.

"Control of the Senate could hinge on any one of these outcomes," the email from Friends of Sherrod Brown reads. "That’s why it’s so important we support all four candidates. There’s too much at stake not to get involved."

The email is the latest sign of Democrats acknowledging that Strickland is unlikely to defeat Portman in what once was believed to be one of the most contested Senate contests during the 2016 election cycle.

Both the Democratic Senatorial Campaign Committee and Senate Majority PAC, a Super PAC associated with outgoing Senate Minority Leader Harry Reid (D., Nev.), have cancelled millions of dollars in advertisement reservations in Ohio as polls have showed Portman expanding his lead over Strickland.

This week, Senate Majority PAC cancelled another round of planned television advertisements in the state scheduled to air between Oct. 11 and 19. Earlier this month, the group announced that was cancelling $3 million in three weeks of advertisements in four markets through mid-October that were meant to help Strickland defeat Portman.

The Republican senator’s campaign has been bolstered by a series of endorsements from labor unions that have traditionally backed Strickland and other Democrats, including a key union of coal miners and the 50,000-member Ohio Conference of Teamsters.

Portman leads Strickland by roughly 13 percentage points, according to an average of polls of the Ohio Senate race provided by Real Clear Politics. Portman’s campaign also has a considerable cash advantage over Strickland for Senate. 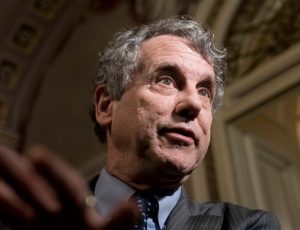 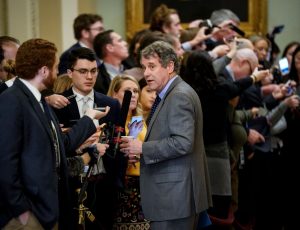