As a leading left-wing political donor club tries to regroup under President Donald Trump, it is bringing on new talent that has longstanding relationships with some of its top donors, and groups that it hopes will step up their funding for the opposition.

The Democracy Alliance announced this week that it hired former Obama White House public engagement aide Archana Sahgal to "help build out a new hub of information" for the group.

"She knows what both donors and the movement needs, and I can't think of anyone better to help us rise to this moment of strategic resistance," DA president Gara LaMarche said in a statement on the hire.

The move comes as the Alliance readies its donors, who must donate at least $200,000 to organizations under the Alliance umbrella each year, for an oppositional posture in the Trump era.

As it looks to ramp up its anti-Trump infrastructure, the Alliance will be looking to secure additional funding from some of its deep-pocketed individual and institutional donors, and Sahgal's experience could bolster that effort.

She "was on the front lines of progressive philanthropy and the key liaison for the Obama White House with the progressive organizations the Democracy Alliance exists to support," LaMarche noted in his statement.

Sahgal was a program officer at the U.S. Programs division of Soros' Open Society Foundations until 2014, working with left-wing groups to advance federal immigration reform legislation in 2013 and 2014.

Open Society documents, which were stolen last year by hackers believed to be acting in concert with the Russian government, also show that Sahgal was active in a number of efforts to recruit or streamline funding for left-wing organizations.

She was among three U.S. Programs staffers working with what internal documents called Social Justice Infrastructure Funders. That effort sought "to learn about successful and innovative philanthropic approaches to investing in the field of community organizing."

That group also includes the Democracy Alliance itself and a number of its other partners, including the Brico Fund, the Solidago Foundation, the Rockefeller Family Fund, and the National Education Association teachers' union.

Sahgal's later experience at the White House could also position her to court NEA and other labor union donors.

Public records reveal high-level collaboration between Sahgal and a number of officials tasked with outreach to the labor community in an administration that was friendly to union interests.

Sahgal appears to have collaborated with top Department of Labor (DOL) officials tasked with outreach to the country's labor unions.

In Sept. 2016, White House visitor logs show, she met with Sharon Block, a former National Labor Relations Board member who became a senior White House adviser on labor issues after the Supreme Court unanimously ruled that her recess appointment to the NLRB violated constitutional separation of powers.

Unions' roles in DA fundraising have been a source of concern for the group in the last few years, as union membership declines nationwide and state laws increasingly bar labor groups from spending members' dues on political activity.

At a donor retreat in Santa Monica, Calif., last year, LaMarche warned that the group's continued reliance on money from labor unions put it in tenuous financial position.

Unions have been "a key anchor of funding for progressive campaigns and causes," LaMarche told retreat attendees," but "we would be foolhardy to assume that we will always have the labor resources that have been such a significant engine for progressive politics and organizations." 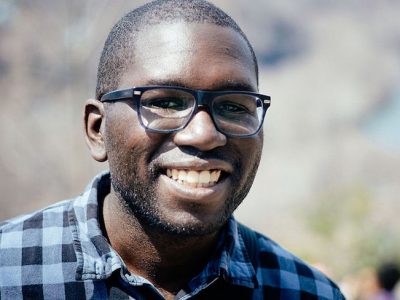