CNN Contributor Claims Flynn and FBI Struck a Deal, Later Admits She Has No Evidence

A CNN contributor alleged that former Trump administration national security advisor Michael Flynn had struck a deal with the FBI, only to later clarify she had no evidence to back her claim.

"The name I mention often on the show, Mike Flynn, the former national security adviser," she said. "It is starting to look like from my sources and also from open reporting, that Mike Flynn is the one who may have a deal with the FBI, and that's why we have not heard from him for some time."

The accusation quickly advanced among left-leaning Twitter users after Kayyem tweeted out video of the segment.

This is important, and @juliettekayyem is smart and credible. If Trump aides like Flynn cooperate with the FBI, then we may get the truth. https://t.co/NFqcBdfUEr

#Flynn struck a deal with FBI by flipping on #Trump. #Nunes‘s blood is now in the water. https://t.co/jk5aEf19Jr

But others were skeptical. Kayyem had alluded to "open reporting" that Flynn was dealing with the FBI, but the only public reporting to that effect came from a highly suspect liberal blog.

"I did not say on this segment that I have any confirmation that he is actually cooperating or that I have talked to anyone who does," she wrote. "My informed analysis of this case is based on my years of experience in the national security arena." 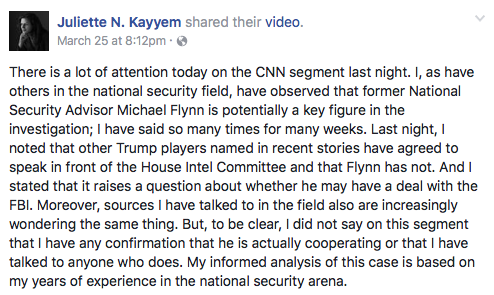 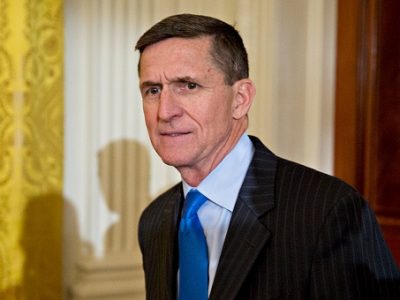 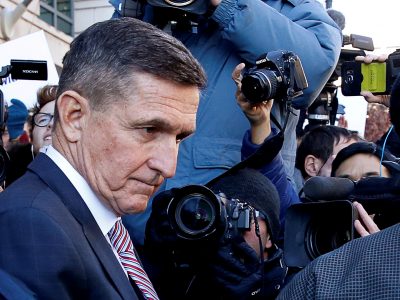 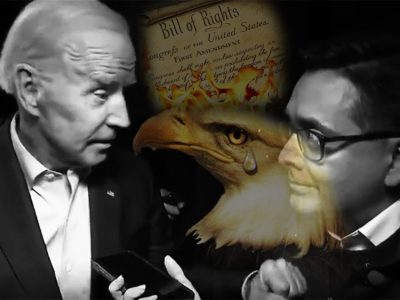 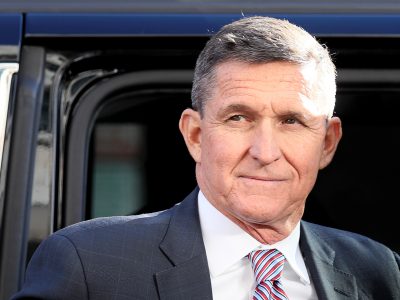 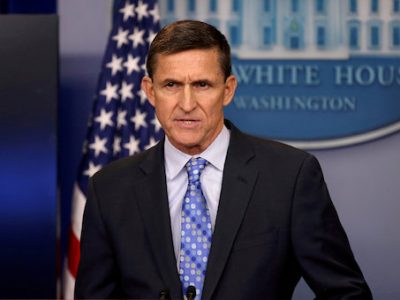 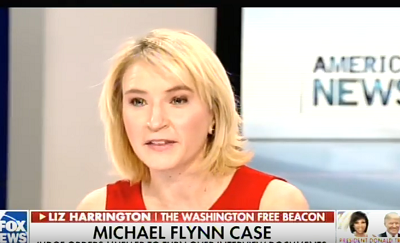