Cheney's comments come after the congresswoman and Paul feuded with one another on social media. The two lawmakers traded criticisms over their differences on foreign policy. Paul accused Cheney of supporting "endless wars" and Cheney accused Paul of surrendering to terrorists.

Meet the Press host Chuck Todd asked Cheney about her criticisms of Paul, wondering if her remarks about his surrender to terrorism were overboard.

"Look, I think if you look back at what Senator Paul has said over many, many years, he's very different from where President Trump is on these issues," Cheney responded. "President Trump puts America first."

Cheney added their debate was centered on substance and brought up Paul's failed presidential bid as proof that his foreign policy stance is not shared among the American people. Paul quit the 2016 Republican race after a dismal showing in the Iowa caucuses.

"I think fundamentally at the end of the day this is about substance and policy," Cheney said. "Senator Paul tried to get elected president. He was able to get only less than 5 percent of the vote in the Iowa caucuses, as you well know. His views are not views that are shared widely, certainly among Republicans and among the American people as a whole. And they're dangerous views as well." 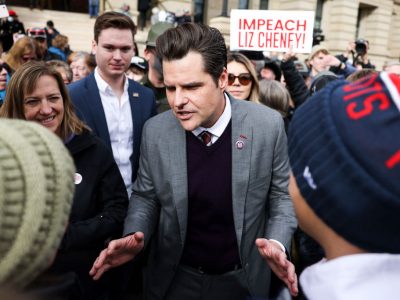 GUEST COLUMN: I’m So Sorry This Is Happening to You, Matt