Tennessee Democrat has attempted to portray himself as pro-gun, is opposed by NRA

A top spokesman for the Tennessee Democratic Party's effort to get Phil Bredesen elected senator has said he views "white male" gun owners as "the biggest terrorist organization on the planet."

Mark Brown is communications director for Tennessee Victory 2018, a project of the state Democratic party that's been working exclusively on electing Bredesen. The group is hosting Bredesen for a Johnson City meet-and-greet on Thursday afternoon.

Brown's extreme views on Republicans were showcased this summer by the Free Beacon, which identified numerous inflammatory posts on social media. In one post Brown wrote, for example, "Fuck reaching out to Trump voters, The idiots aren't listening."

One comment missed in the Free Beacon‘s initial review came on Facebook in 2015, when Brown stated his belief that "white male ‘Murican gun nuts" are "the biggest terrorist organization on the planet." 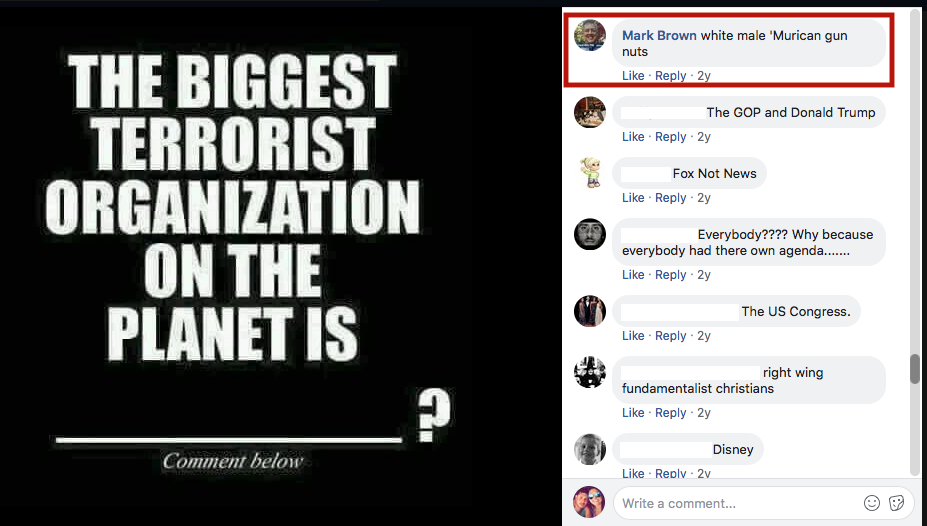 Bredesen has attempted to present himself to voters as a moderate who could work across the aisle with Republicans.

Bredesen has also presented himself as a pro-gun candidate, bragging in an ad of high ratings from the National Rifle Association. (The NRA called on Bredesen to take down the ad because the rating was outdated and it now opposes him due to his changed views.)

The campaign did not respond to a request for comment on Brown's view on gun owners and whether Brown will be at the Thursday afternoon Tennessee Victory 2018 event with Bredesen.

Bredesen's campaign had previously declined to disavow Brown or even comment on the remarks when pressed by local reporters.

Bredesen's portrayal of himself as a pro-gun candidate has come under scrutiny in recent weeks, especially given his recent allegiance to Michael Bloomberg, who has poured millions into gun-control efforts and plans to continue these efforts. Bredesen traveled to New York City this week for a fundraiser with Bloomberg.

Brown has in the past referred to Republican President Donald Trump as "Putin's bitch," a "fucking moron," and a "fuckstik."

He has also referred to America as a "racist" nation and said that "under Trump, evangelicals show their true racist colors."

Bredesen earlier in the campaign accused his opponent of "name-calling" after he was called a "liberal."