"Mayor Bloomberg, your business is heavily invested in China … the number one producer in the world of carbon emissions," debate moderator Lester Holt said. "How far would you go to force China to reduce those emissions and tackle the climate crisis?"

Bloomberg criticized President Donald Trump's ongoing trade war with China and emphasized the importance of diplomatic negotiations before taking the opportunity to leap to China's defense.

"In all fairness, the Chinese have slowed down," Bloomberg said. "It's India that is an even bigger problem. But it is an enormous problem. Nobody's doing anything about it."

Data on global carbon emissions tell a different story. Since the mid-2000s, China's mass industrialization has made it the world's leading producer of CO2,  generating 28 percent of global carbon dioxide in 2017 alone. That share has leveled off in recent years, and the International Energy Agency reported that in 2019 slowed economic growth and added renewables helped temper China's carbon dioxide output. But the country is still building new coal-fired plants—the same power sources Bloomberg has campaigned to close in the United States and Europe. 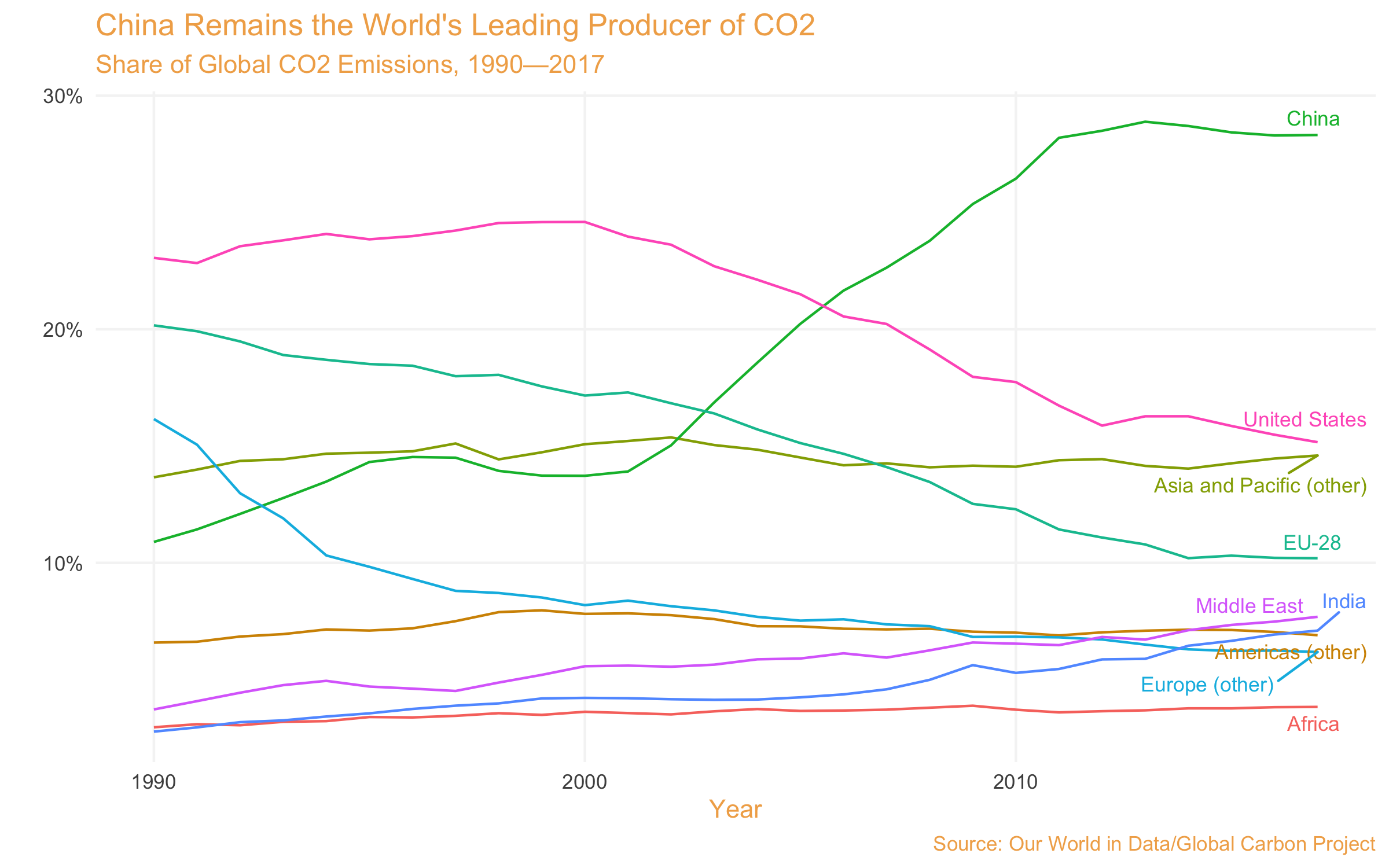 China remains well ahead of India, which was responsible for an estimated 7 percent of the world's CO2 production in 2017. The IEA noted that while there is continued demand for fossil fuels in India, it was partially offset by "strong renewables growth," suggesting India is unlikely to catch up to China anytime soon.

Bloomberg's campaign did not respond to a request for clarification as to how he estimated that India was an "even bigger problem."

Bloomberg's business ventures in China are extensive and could "create unprecedented entanglements if he is elected president," according to the Washington Post. Hong Kong and mainland China account for an estimated 5 percent of Bloomberg L.P.'s revenue, and his efforts to allow U.S. companies to trade in Chinese currency may have funneled up to $150 billion into the country.

Bloomberg has defended the leadership of the Chinese Communist Party on more than just climate issues. In a recent interview, he defended Chinese president Xi Jinping as "not a dictator," claiming the current government has the backing of "the will of the majority of its people."

Those financial entanglements have in the past led to Bloomberg's business bending the knee to the Chinese authorities. In 2012, Bloomberg News reported extensively on then-vice president Xi's family finances, prompting the government to place restrictions on the company. In response, a followup investigation written after Xi's elevation to the presidency was not published—a Bloomberg editor told Hong Kong reporters, "If we run the story, we’ll be kicked out of China," according to the Post.

Bloomberg, then mayor of New York City, denied involvement with the affair. In a 2014 interview, however, when asked if Bloomberg News limits reporters in China, he said, "In China, they have rules about what you can publish. We follow those rules. If you don't follow the rules, you’re not in the country."