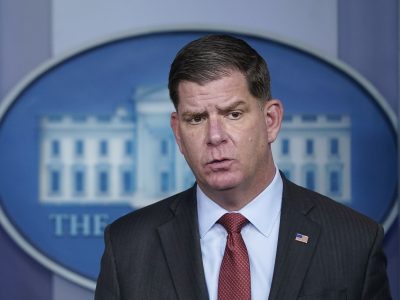 Labor Secretary Skates to the Exit 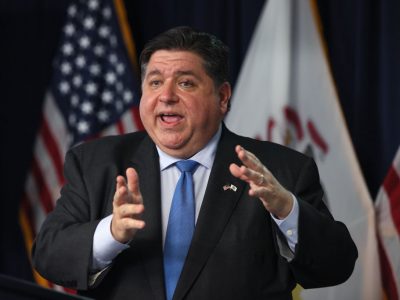 A group of firefighters in Illinois secured a pay raise without their union's help. Now, the nation's second largest labor union says the wage hike means those firefighters can't opt out of union representation.

Firefighters at the Village of Carpentersville Fire Department in October successfully petitioned for a vote to split from the Service Employees International Union (SEIU). Two months later, part-time firefighters in the department were given a pay raise. The union now says the group's petition to vote on severance is invalid because the pay raise violates the union's bargaining agreement with the department. The vote is paused pending a ruling from the Illinois Labor Relations Board.

The clash between the 2-million-member SEIU and the 67-person Carpentersville Fire Department highlights organized labor's fight to maintain power amid declining membership. National labor leaders have turned to Democratic politicians for help, which has frustrated local organizers around the country. The SEIU and its PAC gave $13 million to Democratic candidates in the 2020 cycle and this month helped unionize Democratic National Committee staffers.

The SEIU's complaint centers on the department's 29 part-time firefighters, who received a pay raise after the petition to decertify began circulating. Mark Mix, president of the National Right to Work Foundation, told the Washington Free Beacon that the union's legal challenge is just a tactic to delay a vote.

The fact that "Illinois law allows rank-and-file public servants' rights to be diminished by unproven allegations made by union bosses against their employer" shows "just how biased the law is against workers who do not want to associate with a union," Mix said.

Unions often file "unfair labor practices" against employers in an attempt to delay votes. The National Labor Relations Board in 2020 altered its rules to ensure that workers could still vote to break from their union even if the union has filed an unfair labor practice. But the Illinois Labor Relations Board, which did not respond to a request for comment, still allows unions to delay the vote through these charges.

Frank Ricci, a fellow at the Yankee Institute, said the SEIU's charges are "designed to intimidate, frustrate, and bleed the finances of firefighters."

"Carpentersville firefighters should be fighting fires, not fighting unscrupulous union bosses who are putting collecting dues above the best interest of their members," Ricci, a former president of the New Haven, Conn., firefighter union, told the Free Beacon.

The SEIU and its attorney for the charge did not respond to requests for comment.

Labor Secretary Skates to the Exit